Summer festivals and outdoor Shakespeare are now distant memories of a busy theatre season. On the horizon is a jam-packed schedule of Fall productions, and at the bottom of this post, a contest to get you started properly.

There's a lot of great material to choose from. Here are some of the highlights:

Proud / Berkeley Street Theatre / September 20-October 6
Michael Healey's Proud was the subject of much discussion earlier this year when Tarragon Theatre refused to produce the satire over concerns that the characterization of the PM at the centre of the drama bears likeness to Stephen Harper. The playwright promptly left Tarragon after 11 years of collaboration. Healey's comic play, set directly after the 2011 election, is sure to start a crucial discussion about the responsibilities of elected officials and the role of art mirroring politics. In a lot of ways, it already has.

Dear Liar / Regent Park Arts and Cultural Centre / September 28-30
In a presentation by Why Not Theatre, Bollywood star Naseeruddin Shah touches down in Toronto for Dear Liar, which explores the relationship between George Bernard Shaw and a famous actress of the time, Mrs. Patrick Campbell. Shah is a giant of Indian cinema having performed in over 130 films (Monsoon Wedding, Amal). He'll also star in Ismat Apa Ke NaamII, a grouping of three short stories by Ismat Chughtai that have been adapted for the stage. 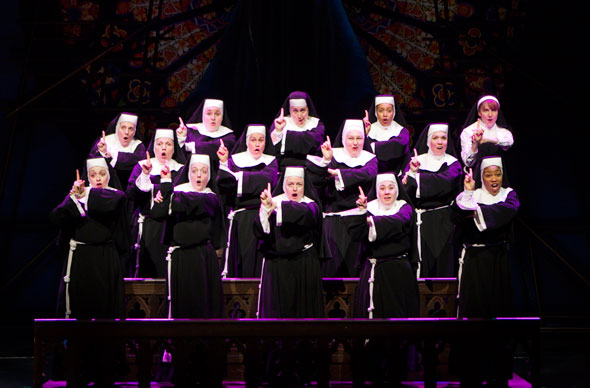 Sister Act / Mirvish - Ed Mirvish Theatre / October 2-November 4
As far as big musicals go, Sister Act is one of the highlights of the Fall season. With music from Alan Menken and characters from the campy film, you can't get more feel-good than this. While I'm sure the comedy won't match the pairing of Whoopi Goldberg's Deloris Van Cartier and Dame Maggie Smith's Mother Superior, this is a great theological warm-up to The Book of Mormon scheduled for Spring. Also on the Mirvish slate is Art of Time's War of the Worlds, a theatrical treat with a limited run at the end of October.

Tear the Curtain! / Canadian Stage / October 7-20
This fall, Canadian Stage continues their successful collaboration with Kim Collier's Electric Company. Exploring the cross-roads between theatre and cinema, Tear the Curtain! relies heavily on the style of 1930s film noir. The form bleeds into the content of the play - a theatre critic finds himself stuck between those who control Vancouver's theatres, the those at the head of its cinemas. Expect this one to be an intellectual journey through beautifully composed stage pictures.

The Normal Heart / Buddies in Bad Times Theatre / October 19-November 18
Studio 180's The Normal Heart was one of the most powerful and emotionally-driven productions of last year. Toronto audiences should be grateful for a second chance to catch Larry Kramer's incredible play. It debuted in 1985 at a time when AIDS was claiming the lives of a generation of gay men in New York. As the run last year demonstrated, the play's themes are still relevant over twenty-five years later.

Endgame / Soulpepper / Oct 26
Soulpepper's production of Samuel Beckett's Endgame, way back in only their second season, solidified the company as the new voice of the "well-made-play" in Toronto. The production returns for their 2012-2013 season with Daniel Brooks once again at the helm. The absurdist piece is, by now, well known--Hamm, a blind man immobilized in a wheelchair, barks orders to Clov, while Nell and Nagg pop up every so often from their trashcans. This time around, the play features Diego Matamoros, Eric Peterson, Maria Vacratsis and Joseph Ziegler.

Speaking in Tongues / Canstage / October 29-November 24
Philip Riccio and The Company Theatre have a knack for finding gritty dramas from international playwrights grappling with complex contemporary humanity. Last year's The Test was one of the best productions on Toronto stages. In Speaking in Tongues, the disappearance of a young woman has a cataclysmic effect on four marriages. Not surprisingly, the play is described as an exploration of "the darker side of human nature."

The Little Years / Tarragon Theatre / November 7-December 16
John Mighton is as unique a voice as we have on Canadian stages. The Siminovitch-winning playwright deftly bridges art and science (Half Life, A Short History of Night, Possible Worlds) at a time when it's important to draw connections between the two. Originally produced at Stratford last year, the play is set in the 1950s and zeros in on two siblings - Kate who is entranced by space and time, and William who finds success in the literary world. 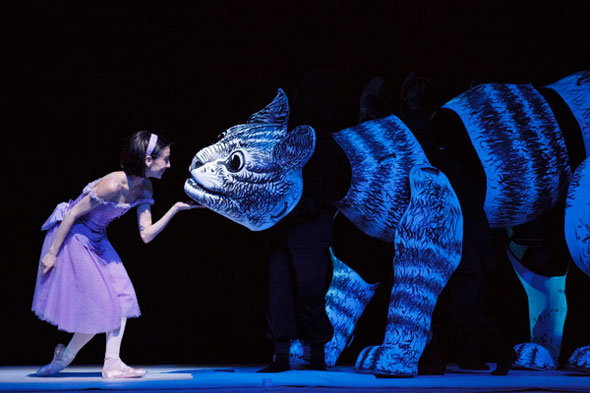 Alice's Adventures in Wonderland / National Ballet / November 10-25
While Romeo and Juliet is the production with the most fanfare from the National Ballet's past few seasons, Alice's Adventures in Wonderland is a company highlight from 2011. It's back for their current season after touring Los Angeles and gearing up for a stop in Washington, D.C. As we saw the first time around, this treatment of Lewis Carroll's classic, with choreography by Christopher Wheeldon, is big on spectacle and whimsy.

Fare Game: Life in Toronto's Taxis / Theatre Passe Muraille / Nov 16-Dec 8
A collaboration between Ruth Madoc-Jones and Marjorie Chan, Fare Game: Life in Toronto's Taxis takes great pains to expose the human faces of Toronto's taxi industry. The piece is a part of Passe Muraille's Theatre Beyond Walls, a project to create performances informed by the city's communities, artists and neighbourhoods. The Fall season features a number of socially relevant plays including ones about The CN Tower, Queen West, Queen and Bathurst, and Toronto Transit.

Lisa Moore's widely-praised novel February told the story of the Ocean Ranger oil rig which sunk off the coast of Newfoundland in 1982, through the eyes of the wife of one its passengers, 25 years later. It's an oddly comic novel about grief, loss, and ultimately, the difficulty and necessity of moving on. Now, Alumnae Theatre is launching its 2012/13 season with the world premiere of its production of February--a play which retains the humour and human truths of its original material, and brings it to vivid life.

Alumnae Theatre is generously offering us three pairs of tickets to give away to this new production.

Three lucky readers will receive two tickets each to Alumnae Theatre's production of February on either September 22 or September 27 and taking place at the Alumnae Theatre Company (70 Berkeley Street). If you don't win, you can purchase tickets here.

To win, just answer the following question: What was the husband's name in Lisa Moore's novel?

The first 3 correct commenters win the pairs of tickets. Please make sure to include a valid email address in the comment form "Email Address" field so that we can contact you if you're a winner.

You must be a Toronto-area resident to win. Only one comment and answer per person. If you include multiple answers or post multiple comments you will be disqualified, and the winner must pick up their own tickets.

Lead photo of Tear the Curtain by David Cooper, photo of Sister Act by Joan Marcus, photo of Alice's Adventures in Wonderland courtesy of the National Ballet of Canada

This contest is now closed. Winners will be contacted shortly.