10 must-see shows at the 2012 SummerWorks Festival

Every year the SummerWorks Festival seems to swell larger with the most talented of the city's artists. This year features, without a doubt, the strongest theatre lineup in the festival's history. And with government funding reinstated, SummerWorks is on-track for a banner year of diverse and engaging performance in all shapes and sizes.

You need only flip through the programme to see that there's an overwhelming amount of must-see material. Here are 10 of the most intriguing:

Ally & Kev / Theatre Passe Muraille Backspace
When Jason Maghanoy has a play in a festival, it's best to just go out and see it. One of the more exciting young voices on the Toronto theatre scene, Maghanoy's past work (Say Yes, The Corner, Dust, Gas) has been a regular feature at both SummerWorks and Next Stage. In his newest play, Ally & Kev, two siblings break into a house and wait for someone special to arrive home.

Haunted / Theatre Passe Muraille Mainspace
Another young playwright who continues to develop his voice is Daniel Karasik. In Haunted, a woman develops a relationship with a Rabbi after her husband passes away. At the same time, her daughter claims to be spending time with his ghost. The play features Rosemary Dunsmore, Sarah English, Amelia Sargisson, and Jonathan Widdifield. 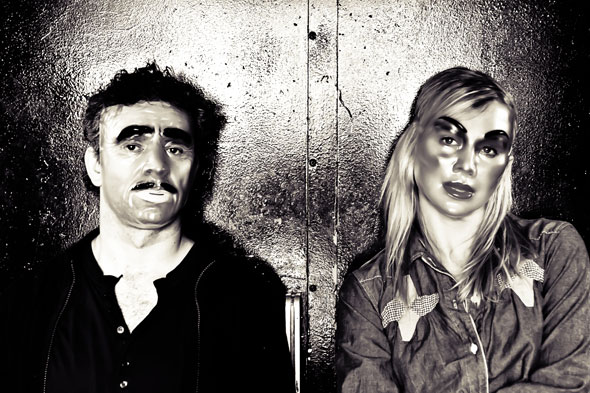 Breath in Between / Theatre Passe Muraille Mainspace
Eternal Hydra playwright Anton Piatigorsky teams up with Buddies in Bad Times Artistic Director Brendan Healy on Breath in Between. It's an exciting collaboration between two artists who are on parallel paths. Both seem to seek out intellectually challenging material that delves into the darker side. Case in point, their piece begins with the premise: "Roger has placed an ad on the internet, looking for someone to kill."

I, Animal / Factory Theatre Mainspace
Daniel MacIvor is a relentless writer. It's often hard to keep track of the projects he's got on the go â recent plays BINGO!, The Best Brothers, and the anticipated Arigato, Tokyo all come to mind. Add to that list I, Animal, which had its premiere in May at the SuperNova Theatre Festival. In MacIvor's signature direct-address style, three characters consider what it's like to be human.

Marine Life / Theatre Passe Muraille Mainspace
After performances at both the Rhubarb Festival and the Panamerican Routes Festival, Rosa Laborde's Marine Life continues on at SummerWorks. Directed by Natasha Mytnowych, who worked alongside Hannah Moscovitch on Little One during last year's festival, the play considers the extremities of love. Oh, and it's set during an ecological disaster.

Medicine Boy / Scotiabank Studio Theatre at Pia Bouman
A follow up to his hugely successful play Agokwe, about gay love on the rez (but truly about much, much more), Waawaate Fobister teams up with Tara Beagan on Medicine Boy. Featuring PJ Prudat, Garret C. Smith, and Jonathan Fisher, Medicine Boy considers the good, the bad, and the ugly of Native storytelling. 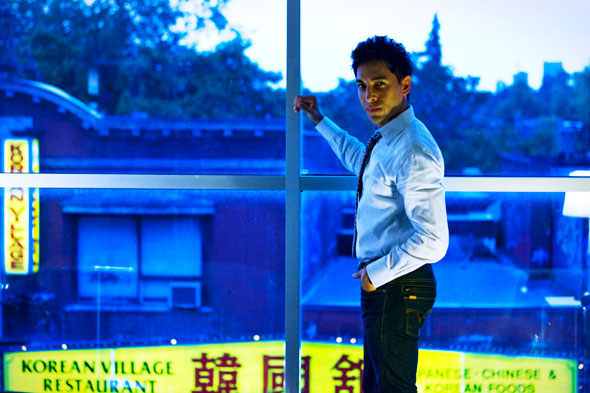 Iceland / Lower Ossington Theatre
Fresh off receiving the Pauline McGibbon Award at the Doras this year, Ravi Jain comes to SummerWorks with Nicolas Billon's Iceland. Yet another exciting collaboration between a playwright and director, Iceland profiles a confrontation between a real estate agent and a tenant set against the backdrop of the world's banking crisis.

Terminus / Factory Theatre Mainspace
Mitchell Cushman returns to SummerWorks after recent stagings of both The Agony and The Ecstasy Of Steve Jobs and the striking and unsettling Mr. Marmalade. In his latest project, Mark O'Rowe's Irish spoken-word ballad Terminus, a mother with heavy conscience, a disembodied soul, and a loner passionate about Bette Middler collide. The play features Maev Beaty, Ava Jane Markus, and Adam Wilson.

The Hearing of Jeremy Hinzman / The Theatre Centre
Jeremy Hinzman's story of war resistance starts on local soil. One year into the war in Iraq, Hinzman entered a Toronto courtroom to seek refugee status. The question at the centre of this verbatim theatre project, written by Josh Bloch and Oonagh Duncan and directed by Richard Greenblatt, is whether or not Canada should protect any soldier who refuses to fight.

Violent Be Violet / Theatre Passe Muraille Mainspace
Singer-songwriter Tanisha Taitt, known for Praylude and Overflow, makes her playwriting debut at this year's festival with Violent Be Violet. Directed by Dora Award winner Philip Akin, the play explores the trauma of an episode 14 years in the past that left Violet's friends dead. As she seeks counsel from her former Psych professor, her relationships hang in the balance.

As I said, there are too many strong shows. Here are six more you should buy a ticket for: Ajax (Por Nobody), Extinction Song, When It Rains, Artaud: un portrait en decomposition, Facts, My Pregnant Brother

Lead photo of Terminus by Ryan Parker, Iceland photo by Dwayne Fundano, third photo of Breath in Between; all courtesy of SummerWorks