The Toronto Fringe Festival returns in 2012, and promises to draw a mixed bag of indie and professional theatre artists alike to venues and found spaces throughout the city for the theatre festival's 24th year. The festival of artistic mayhem plays out at 12 general venues, 14 site-specific locations, and one big happy Fringe tent (where the real experience is to be had).

With 155 shows, all pulled out of a hat according to the rules, there's always an incredibly diverse slate of performances. Download a complete Fringe Festival Program to plan your own viewing schedule.

Here are the shows with acclaimed artists, scripts, and themes that stand out in the Fringe Program.

Rare / Tarragon Theatre Mainspace / Page 16
Acclaimed Canadian playwright Judith Thompson delivers a Documentary Theatre production that explores the perspectives of her ensemble. The nine actors at the centre of Rare all have Down's Syndrome and have created a story-line based on their life experience. The work of the collective, along with Thompson's guiding hand, is sure to create a unique and thought-provoking piece.

Antigone / Randolph Theatre / Page 24
One of the more intriguing adaptations comes from Soup Can Theatre who sets Sophocles' Antigone smack dab in the centre of the G20 and Occupy protests. Their past Fringe hit, Love is a Poverty You Can Sell, packed houses at the Bread and Circus two years ago. Reinterpreting a work of this scale in a modern context is tricky business, but this company has a lot of momentum.

The Judy Monologues / Annex Theatre / Page 30
If Fringe were to run during Pride, rather than after, there's no doubt there'd be lineups around the block for The Judy Monologues, Darren Stewart-Jones' play about gay icon Judy Garland. The play uses Garland's rare voice tapes and film footage as its source material. Philip Cairns, Kimberly Roberts, and Michael Hughes (who dazzled with his own show about the entertainer last year) share the stage with the starlet. 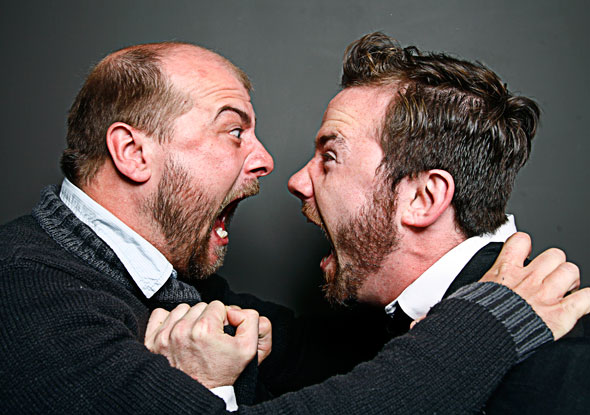 Help Yourself / George Ignatieff Theatre / Fringe Guide Page 31
Winner of the Fringe New Play Contest, Help Yourself follows a man with an unusual profession: justifying our most immoral acts. Playwright and director Kat Sandler is a rising star on the Toronto theatre scene. Her Next Stage Festival hit, LOVESEXMONEY, together with this newest subject, reflect a dark comedic style that explores our hyper-modern preoccupations. Like Kim's Convenience last year, this is a show you should buy tickets for now.

jem rolls: TEN STARTS AND AN END / George Ignatieff Theatre / Page 31
I've never seen Fringe Festival sensation Jem Rolls, but the consensus is that his shows are not to be missed. In TEN STARTS AND AN END, Rolls promises 100km/h wordplay, plus the longest tongue-twister in Canadian History. Scrabble-lovers and English Teachers, this one is certainly for you. If you enjoy the cut of this Englishman's jib, check out another of his plays at this year's Festival, The First Canadian President of the United States, presented by an Albertan troupe.

Tick / George Ignatieff Theatre / Page 33
I'd recommend just about anything that flows from Matthew Makenzie's pen. His play SIA debuted at the Festival and was recently remounted, and The Particulars And In General was one of my favourites at Summerworks last season. Tick looks at one of the most oppressed groups on the planet--children--and their revolt against adults. The comedy, featuring the delightful Jessica Moss, was a past hit at the Edmonton Fringe.

The Soaps - A Live Improvised Soap Opera / St. Vladimir's Theatre / Page 40
Talk about a sure bet. You're guaranteed an enjoyable Fringe experience with the comedy stylings of The Soaps (and that's saying something since the performance changes each night). Last year, the company took us behind-the-scenes of the Shawford Festival (or was it Stanford?) for a look at thespian backstabbing. In 2012, the troupe travels back in time to two hundred years ago, where life in the colony is threatened by American forces. *The Soaps replaces Chuckin' Guffs.

The Wakowski Bros. / St. Vladimir's Theatre / Page 43
Featuring Lorretta Bailey, Duff MacDonald, and Derek Scott, The Wakowski Brothers return to the stage after 10 years to revive pure Vaudeville entertainment. The veteran performers, together with director Alex Fallis, seek to create an immersive theatrical experience. After a workshop in Nova Scotia by the Cape Breton Stage Company, the troupe is ready to debut their first production.

Medicine / Helen Gardiner Phelan Playhouse / Page 46
Like Jem Rolls, TJ Dawe is a Fringe Festival veteran worth seeing. In Medicine, Dawe introduces audiences to his experience with ayahuasca, a traditional Peruvian shamanistic psychedelic (say that five times fast), in the hopes of curing panic attacks. A gifted storyteller, Dawe's ambitious tale-weaving should leave audiences buzzing long after the show is over.

RAW / Robert Gill Theatre / Page 49
Rob Salerno has toured the country with Fringe hits Fucking Stephen Harper, Balls, and Big In Germany, which all had their start at Toronto's festival. In his latest work, RAW, a character confronts the man he believes gave him HIV. Salerno's company Ten Foot Pole Theatre revels in "telling stories that polite people wouldn't touch," and RAW sounds like it fits nicely into the uncomfortable mandate.

With Love and a Major Organ / Theatre Passe Muraille Backspace / Page 57
Andrew Lamb, Julia Lederer, and Martha Ross are three of the reasons to go see With Love and a Major Organ. Lamb, the new Artistic Director at Roseneath, has directed a number of successful plays on Toronto stages. Lederer is a strong young playwright with a unique way with words, while Ross is a multiple Dora Award winner and co-founder of Theatre Columbus. 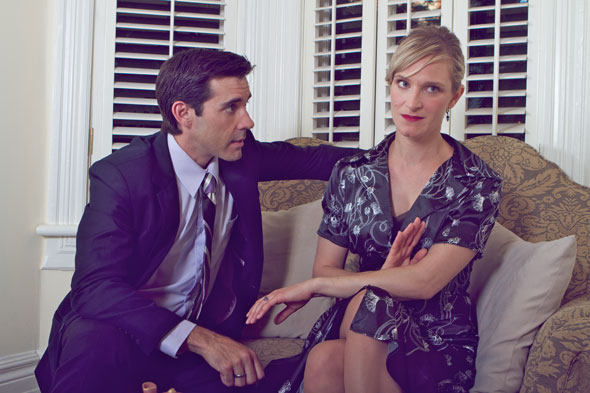 Camp Schecky - A Play on a Bus / Honest Ed's Parking Lot / Page 63
This road trip sounds like a madcap camp adventure. In what resembles a site-specific version of Wet Hot American Summer, Camp Schecky - A Play on a Bus takes audience members on a trip to camp. Departing from the Honest Ed's Parking Lot, the big yellow bus is where you're introduced to the crop of camp counselors who have been entrusted to deliver you safely to the best summer of your lives.

The Taming of the Shrew / Victory Cafe / Page 64
It's always better when site-specific venues are licensed. Shakespeare BASH'd presents The Taming of the Shrew at the Victory Cafe, directed by Eric Double. There's no telling how much the adaptation will borrow from its surroundings, but this is a youthful company who've tackled a number of the Bard's plays with the goal of making them more accessible.

The Toronto Fringe Festival runs from July 4 - 15. Visit the Fringe website for tickets, event times, and complimentary programming that runs throughout the festival.