The Game of Love and Chance fun, but overwrought

It's often been claimed that achieving great comedy is far more difficult than striking the right balance of emotion in drama. There are just so many variables when it comes to tickling the funny bone. The strength of this claim can be seen in the latest production from Canadian Stage, Marivaux's The Game of Love and Chance directed by Matthew Jocelyn.

The production reaches far and wide to find laughs — physical comedy, overt sexual jokes, meta references. No stone is left unturned in the search for a crowd-pleaser. The result is a production that mines some genuinely funny material, but ultimately feels like an overworked try-hard.

Marivaux presents us with a conventional premise. Silvia (Trish Lindstrom), who is arranged to marry Dorante (Harry Judge), requests to switch places with her maid Lisette (Gemma James-Smith) so she can observe her husband to be before consenting. Mirroring the women, Dorante and his valet Bourgignon (Gil Garratt) pull the same trick, under the watchful eye of Silvia's father (William Webster) who lets the charade play out. 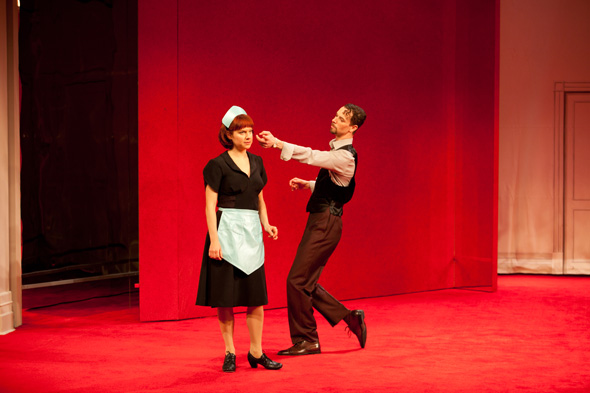 Jocelyn places the action in a contemporary setting, the most successful element of which is the lavish set design from Anick La BissoniÃ¨re. The mirrored walls and perfectly pantoned red carpet nail the Parisian furnishings of yesteryear. The other contemporary elements, flimsy looking costumes from Linda Brunelle and a translation from Nicolas Billon that draws far too much attention to its updating, are less successful.

The slapstick comedic moments are hit or miss. When they materialize from a subtle playfulness in the scenes with Silvia and Dorante, they're delightful. But when Bourgignon pursues Lisette, the comedy feels forced. Jocelyn capitalizes on the strength of his leads, but tries to paint farce onto the stage rather than drawing it out of the text.

The same can be said for the transitions between each scene. While maybe a strong idea on paper, the elongated scenes, choreographed by Catherine Tardif, don't exactly advance the story in an elegant way. 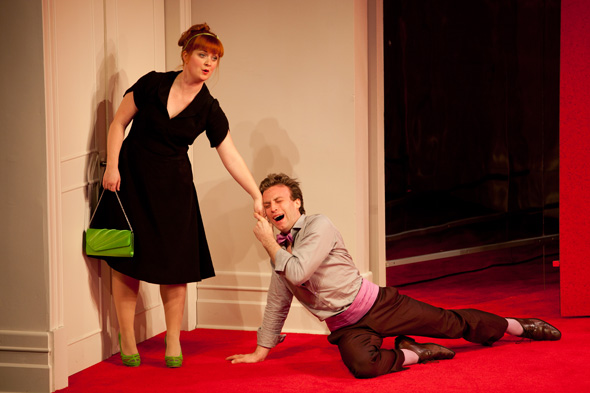 Lindstrom and James-Smith look most comfortable in the fast-paced environment. While James-Smith's Lisette is definitely over-the-top (resembling an anxious SNL sketch character), she uses restraint to her comedic benefit. Rather than continually spilling over, as Garratt seems to do, the moments when she loses control are more pronounced as she grapples with love.

While he nobly attacks the role with full force, Garratt's cartoonish performance could benefit from paring back. Zach Fraser as the meddling brother Mario is reduced to a candy snacking commentator. Fraser's take on the role is one note throughout.

Marivaux's comedy is fun under direction from Jocelyn, but isn't subtle or elevated enough to sustain 90 minutes of farcing around.

The Game of Love and Chance, by Marivaux with translation by Nicolas Billon and direction by Matthew Jocelyn, runs at the Bluma Appel Theatre until May 12.