Under direction from Brendan Healy, Buddies in Bad Times Theatre has been on top of the Toronto scene recently with hit productions The Maids, The Normal Heart, and The Penelopiad. Their annual festival of dynamic, politically-charged performance, the Rhubarb Festival, is set to continue the charge with a two-week takeover at 12 Alexander. Festival Director Laura Nanni has brought together over 100 artists for the festival's 33rd year of new work.

The series programme will make your head spin with its sheer volume of emerging and queer artists. Here's a look at some of the highlights:

The Gay Heritage Project / February 18 and 19 / 9:30pm/2:30pm
Developed as part of Buddies' Residency Program, The Gay Heritage Project features an-all start collection of queer creators and performers as they consider ideas of gay identity, community, and, of course, heritage. Collaborators include Damien Atkins, Ashlie Corcoran, Paul Dunn, Paul Halferty, Andrew Kushnir, and Kimberly Purtell. It promises to be an interesting exploration of the artefacts and events that could be said to define "gay heritage."

Justin Vivian Bond / February 9 and 10 / 10:00pm
One of the headliners at this year's festival, Mx Justin Vivian Bond (pronoun 'v') is a cabaret sensation from NYC. Bond is an artist, singer-songwriter, and performer whose work is infused with a questioning of gender constructs at each and every turn. At Rhubarb, Bond will perform from v first full-length solo album, Dendrophile, a collaboration with pianist Thomas Bartlett from Doveman. V will also read from v memoir Tango: My Childhood, Backwards and in High Heels. Recently the Guest Golden Globes Tweeter on Gawker, Bond is as witty as they come — it should be an entertaining show.

Mainstage Projects / Various times over two weeks
There are way too many intriguing performances on the mainstage to list, so I've included some that stand out: Adam Lazarus and Phil Luzi present a show about an off-day in the life of Norman called Bleed; Michael Rubenfeld directs Sarah Garton Stanley in a manifesto about failure called The Failure Show; Thomas Morgan-Jones and Clare Preuss explore the grips of MS in affliction, directed by Nina Lee Aquino; and Natasha Mytnowych directs Tommie-Amber Pirie, Phillip Riccio & Scott McCord in Marine Life, a play about sibling relationships at the end of the world. 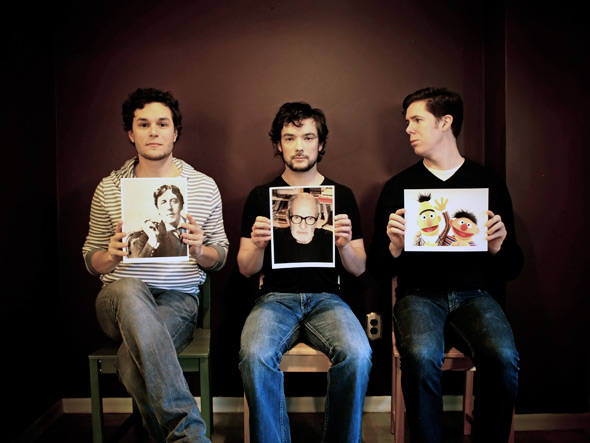 CROTCH / February 16 and 17 / 9:30pm
Queer performer and choreographer Keith Hennessy makes a triumphant return to Canada with an elegy to queer art and personal heartache. You might not think the words elegy and heartache would be attached to a performance entitled CROTCH, but then, Rhubarb isn't like any festival. Hennessy is a renowned artist who links performance with community activism. He'll also be leading a workshop as part of the festival on the second weekend at Hub 14.

Mobile Works Series / Various times over two weeks / Free
The Department of Public Memory is running two interventions as part of the Mobile Works Series that expose the things we risk losing to municipal budget cuts — it could also be entitled Educating the Fords. The first on Saturday, February 12 at 2:00pm takes a trip to Scarborough to visit a bus route threatened by service reduction. On Wednesday, February 15 at 5:30pm, the team investigates the effects of cut backs at the Toronto Reference Library. If intervening ain't your thing, check out Tom & Gary's Decentralized Dance Party (a DDP) on Wednesday, February 15 at 7:30pm.

One-to-One Performance Series / Various times over three days / PWYC
Performance comes in different shapes and formats at Rhubarb this year. The One-to-One performance series pairs a single performer and one audience member at a time at The 519 Church Street Community Centre. The series includes a fortune-telling from tarot cards and canned food from David Frankovich, a conversation of all that's never said with Melissa D'Agostino, an opportunity to turn your body into a musical instrument with Kenji Ouellet, and an audio walking tour with Aynsley Moorhouse.

Young Creators' Unit Presentations / February 11, 12, 18, 19 / 6:00pm and 6:30pm
The highly-acclaimed and Dora-decorated Agokwe, written and performed by Waawaate Fobister, was once developed as part of the Young Creators Unit, during which time Fobister teamed up with director Ed Roy. This year, four promising young artists (age 25 and under) showcase their solo work: speaking of sneaking by Daniel Jelani Ellis, satan in me by cassy walker, Disease of Kings by Jamie Ebbs, and As in Happy by Michael David Lorsch.

The Rhubarb Festival runs from February 8 to 19 at Buddies in Bad Times Theatre. An evening pass is $20 with PWYC performances on Sundays.