Two to watch over the holidays: Quidam & Parfumerie

If you're looking for last minute gifts, theatre tickets are just a short click away. There are currently a lot of options on Toronto stages to get you in the holiday spirit. Here are two of the shows a part of this year's holiday offerings.

While it lacks the blue and yellow big top that made Totem such a quintessential circus experience, Quidam, the newest touring show in town from Cirque du Soleil, offers its own version of dark magic.

Young ZoÃ©, neglected by her parents and seeking excitement, enters a world of imagination in which embracing her own individuality allows for ZoÃ© to find her true self. A collection of circus acts, scenes, and vignettes, Quidam explores a world beyond that of Zoe's familial surroundings — her parents float away attached to an elaborate moving harness on a conveyor-like grid, which makes possible some incredibly beautiful stage pictures.

As ZoÃ© explores, she comes into contact with the characters who populate the imagined world. Generally, I found the circus acts to be a little less mesmerizing than the ones in Totem. That said, there were two that stood out. The acrobats of the Spanish Web manipulate large ropes with ease as they swing over the audience and tumble close to the ground. But the most memorable act has to be Statue, performed by a male and female who assume impossible positions without any sense of balance. What it lacks in fanfare, glamour, and show, it makes up for in focus, subtlety, and its ability to hush the audience. The two performers display the height of artistic mastery.

The vignettes between major acts are hit or miss. While I can forgive one segment of audience participation, with a decidedly Just for Laughs feel, the second time around was more tedious. It's a fairly dark show — complete with ghosts, a white suited army, and a scary clown in white face — that doesn't exactly feel like it springs from the mind of a young child. Kids may balk at its tone, but the edge was something I actually really enjoyed.

Quidam features some stunning images and acts that do what they're suppose to — make your jaw drop. It doesn't sustain the energy or the calibre throughout, but there's still enough to enjoy here.

Here are some excellent shots of the show from Roger Cullman. 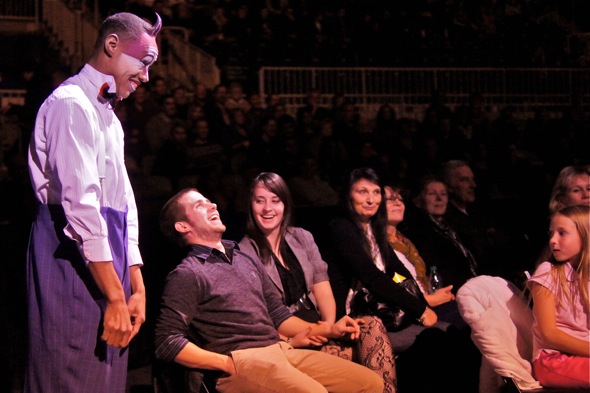 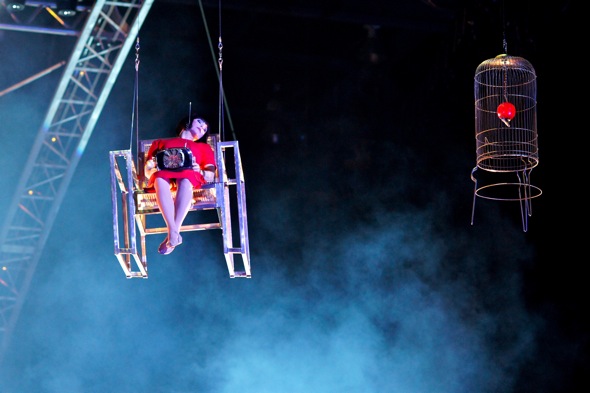 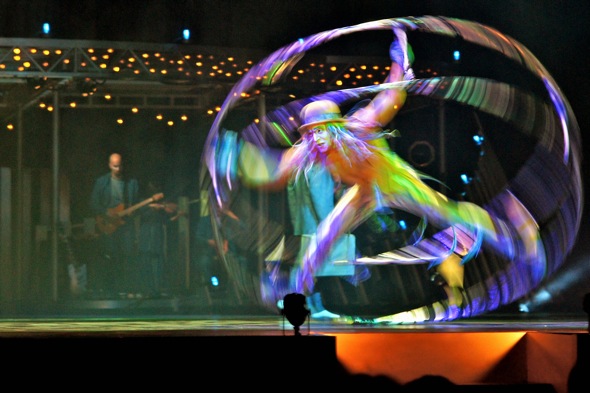 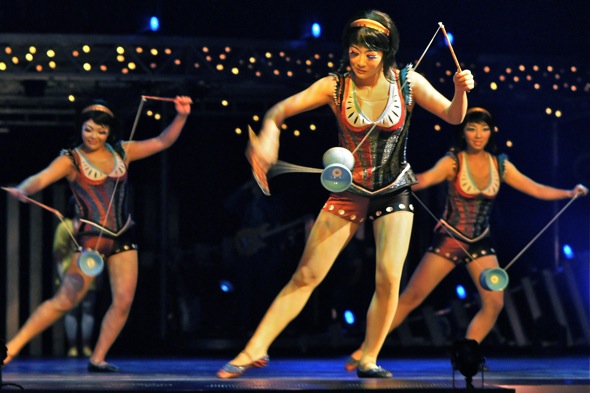 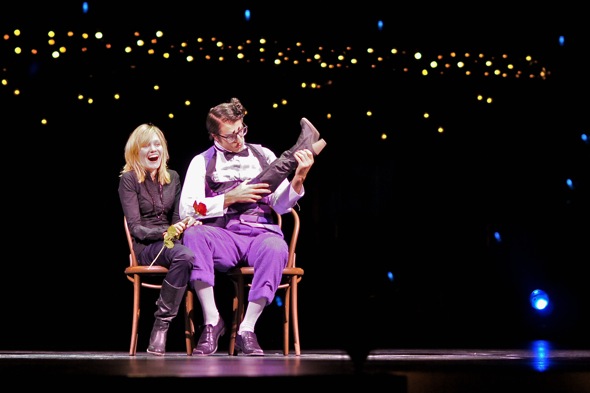 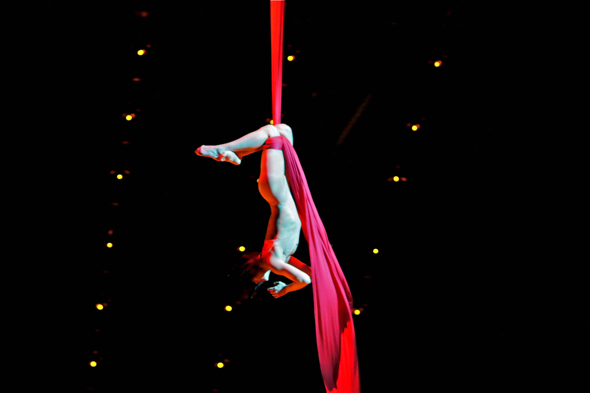 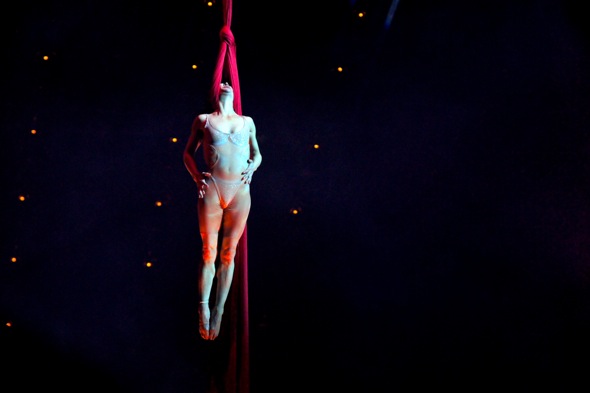 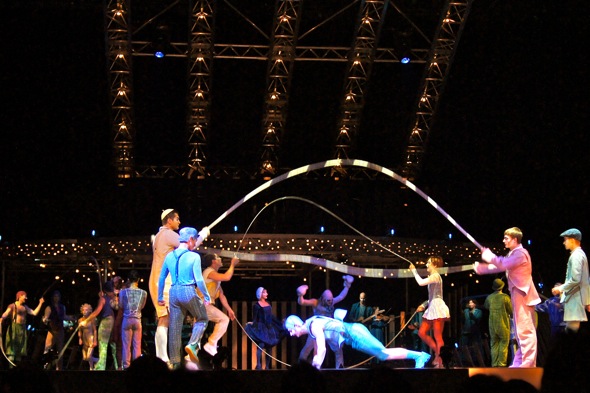 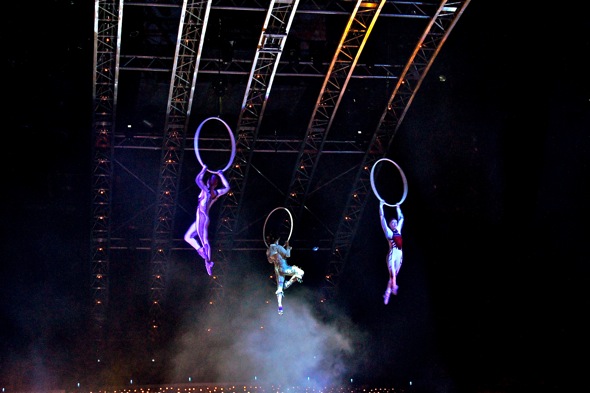 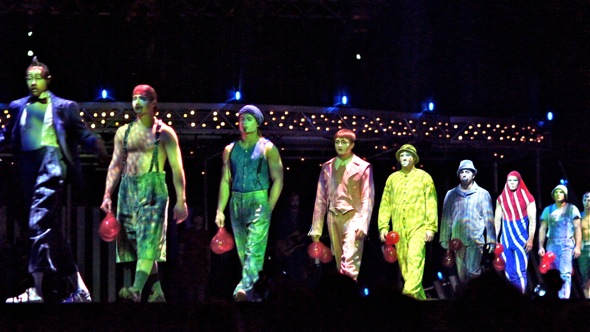 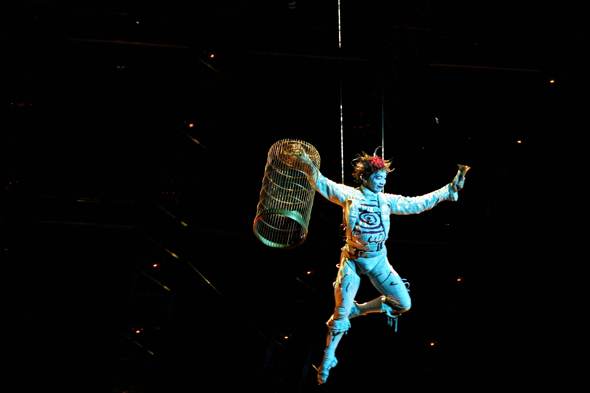 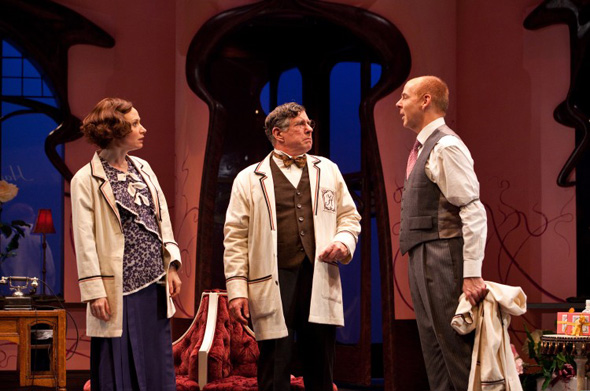 MiklÃ³s LÃ¡szlÃ³'s Parfumerie is, by all accounts, a play built for the holidays. Yes, the profile of a perfume shop at the lead up to Christmas sets the mood, but it's the ideals of forgiveness, reconciliation, and good will that anchor the storyline.

A translation by Adam Pettle and Brenda Robbins, with direction from Morris Panych, Parfumerie features a now traditional conceit: a man and a women court each other through letters, unknowingly falling for the person in their everyday life that drives them crazy. Love in a digital age provided a new spin to the storyline with You've Got Mail, but LÃ¡szlÃ³'s is the original.

The Soulpepper production suffers from an exceedingly slow first act and a delayed build up to the reveal that George and Rosie (Oliver Dennis and Patricia Fagan) are the forlorn pen pals. But thankfully, the second act salvages the show with better pacing enhanced by the working out of the tangled love knot. While Dennis and Fagan both have great moments in the romantic roles, the pairing of the shop owner Mr. Hammerschmidt (Joseph Ziegler) and the stock boy (Jeff Lillico) is the relationship with the most heart. In the first act, Ziegler gives us a heartbreaking portrait of an old cuckold and Lillico cares for his boss when no one else can.

Ken MacDonald creates a whimsical set for all the hustle and bustle. It's the type of production that brings all the elements together beautifully in the final fifteen minutes, with snow falling softly in the background. It'll make you forget the slow first act and the disappearance of Maev Beaty, leaving you with that warm and fuzzy Christmas cheer.