The Test comes up positive

Swiss-German playwright Lukas Barfuss' The Test features a crisis that threatens to crack the veneer of family ties. It's a common theme in modern drama. Chekhov and Ibsen wrote of moments from which the family unit would never recover, and the likes of O'Neill, Albee, and Miller delved even further into such territory. The Test follows in that same tradition, taking paternity as the knife that pries open a hidden wound.

The Company Theatre's production, translated by Birgit Schreyer Duarte and directed by Jason Byrne, is a challenging piece. At times it had me laughing at the deep darkness of the family's treatment of one another, and at others left me chilled with the reality of their destruction. This very real tension, cultivated by outstanding performances, hits the mark. It's a thrilling production that will stay with you long after leaving the theatre.

On a decidedly European looking set, the Korach family is pulled under the microscope. Peter (Gord Rand) tells his father Simon (Eric Peterson) that he has undergone a paternity test to find out if his son is biologically his. The suggestion for such a test was planted by family friend, and the shadow son, Franzek (Philip Riccio), who is helping Simon run for Mayor. Peter's wife Agnes (Liisa Repo-Martell) tries to mend the broken pieces, while his mother (Sonja Smits) is the picture of a woman who has long since checked out.

The results of the test set in motion a series of cataclysmic events that all but ruin the Korach family. The play calls into question the very notion of family legacy and whether it can be measured in the offspring that carry on, or the actions that define our moral character. 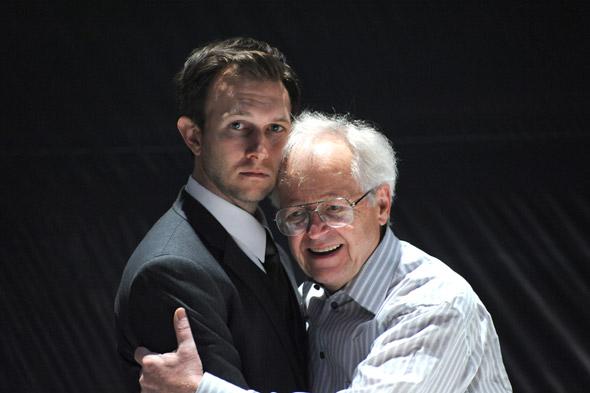 The comedy delves into dark places with grotesque descriptions of the thoughts inspired by anger and jealousy. It's effective at throwing the audience off-kilter. While the extremity of the violence can't help but alienate viewers (and it is, at its core, violent psychological behaviour), the result is a piece that continually surprises. With both acts containing a severe climax, and chock-full of strong ideas, there is a lot here to take in.

Barfuss' dialogue, masterfully translated by Schreyer Duarte, express the complexity of human desire. It's hard to pin down a style it most resembles. Infused with interjections from the whispered voice inside our head, the streams of consciousness follow the thread of an idea to its inner lair. Characters don't talk about the issues plaguing them, they talk around them, under them, and over them.

Richard Feren punctuates the scenes with a strong sound design. The operatic crescendos reach far beyond the volume usual in the theatre, but they provide the right feel for Byrne's production. John Thompson's set design is a slick backdrop for the destruction that is to befall the family, although the neutral space on the wings where actors wait to enter proves confusing. 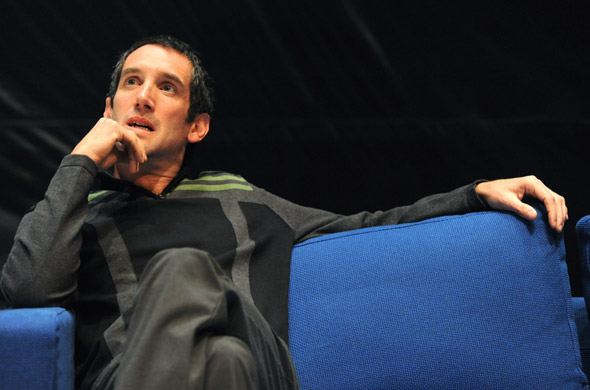 In a play about paternity, the men, inevitably, stand out. It's always a treat to watch Peterson, and his turn as the impotent Korach is devastatingly well-played. He has an incredible knack at doing so much while listening to other characters, and is equally as powerful when dishing it out.

The stand out performance, however, is Riccio as the calculating Franzek, who quips that he has a "small sliver of his heart left." While it would be easy to conclude that Franzek manipulates the family members like pieces on a chess board, Riccio finds the character's vulnerability in his appeal to Agnes. It's a memorable performance in a formidable ensemble.

Rand offers a measured portrait of a man whose whole world is collapsing, and Smits and Repo-Martell have moments that help complete the whole.

The Company Theatre continues to present work that challenges artists and audiences alike by embracing risk. The Test is a visceral drama that you'll be happy you saw, even if you don't quite know how best to respond.

--
The Test, written Lukas Barfuss and translated by Birgit Schreyer Duarte, runs at the Berkeley Street Theatre until November 26.