In James Joyce's Portrait of the Artist as a Young Man, Stephen Dadelus pictures himself in the future as "a hawk-like man flying sunward above the sea, a prophecy of the end he had been born to serve." Abstract Expressionist painter Mark Rothko is perhaps the type of artist Dadelus imagines himself becoming â a visionary flying straight into oblivion.

Rothko is the subject of Red, the 2010 Tony Award-winning play by John Logan. The Canadian Stage production, directed by Kim Collier and starring Jim Mezon in the title role, is an outstanding portrait of an artist at the breaking point. Red is electric from start to finish. Mezon's Rothko is mesmerizing and a host of designers, working on a play all about sensorial experience, find just the right palette to showcase the artist's work. 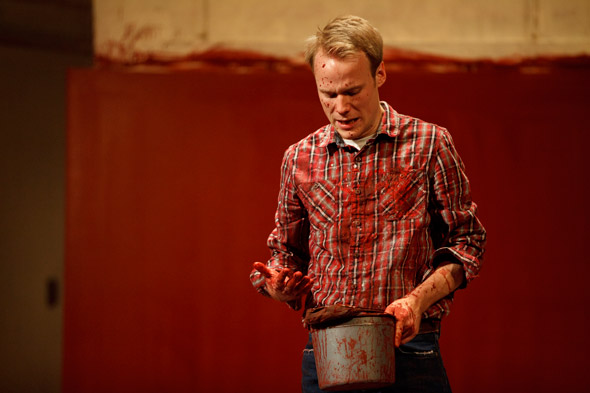 The play zeros in on Rothko at the moment he is commissioned to create a series of murals for the Four Seasons Restaurant on Park Avenue, the largest commission in the history of modern art. He recruits a young assistant named Ken (David Coomber) who is a dutiful sounding board to his explorations on the humanity of visual art.

The success of Logan's play lies in the eventual tension between Rothko and Ken that is just as much about the qualities of art, as it is the nature of human yearning. Like a strong painting, our understanding of Rothko changes the longer our eyes adjust to his features, which fade in and out of view.

Collier does the script justice. While she employs a host of visual techniques, innovative lighting from Alan Brodie and expansive projections from Brian Johnson, her direction never wanes from the dynamic between Rothko and Ken. It's this relationship that connects abstraction with reason and emotion. 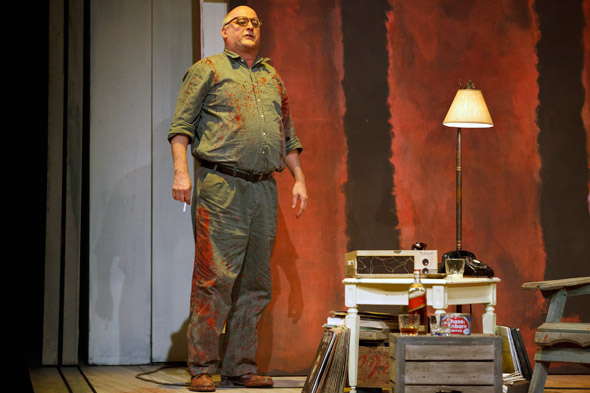 The most memorable scenes are when Rothko and Ken are passionately engaged â a succinct duo feverishly applying a base coat, or at the height of their debate about the motivations behind the commission. David Boechler creates an exquisite New York studio in which to study the craft.

Mezon as Rothko is a sight to behold. With seeming ease, he carries the artist's tortured struggle through obsolescence. Each and every of his speeches drips with scorn for those who misinterpret the thrust of artistic purpose, save for a touching moment of pure and unabashed kindness when he releases Ken at the moment he sees promise.

Coomber, though tentative at first, holds his own alongside his experienced counterpart. He manages the very difficult feat of wrestling control, and actually making Mezon appear small, when he unleashes a torrent of built up criticism.

Red is the play Matthew Jocelyn has been waiting for. It's an accessible story with the intellectual and contemporary flavour he hopes to inspire at Canadian Stage.

Red, by John Logan and directed by Kim Collier, runs at the St. Lawrence Centre for the Arts until December 17.