The world's premier circus troupe, Cirque du Soleil, returns to Toronto with TOTEM, an ambitious presentation that traces the evolution of humankind from amphibian state to its desire to explore the skies. The show captivates with unbelievable acrobatic feats and dazzles with incredible visuals from the first moment an acrobat drops from the rigging.

TOTEM features the talent of 52 artists from 18 different countries. At the project's helm is writer and director Robert Lepage, the internationally renowned theatre director from Quebec who created Cirque's Las Vegas show KÃ€. Lepage has a fondness for image narrative — storytelling through visuals — which marries well with the spectacular nature of circus performance. 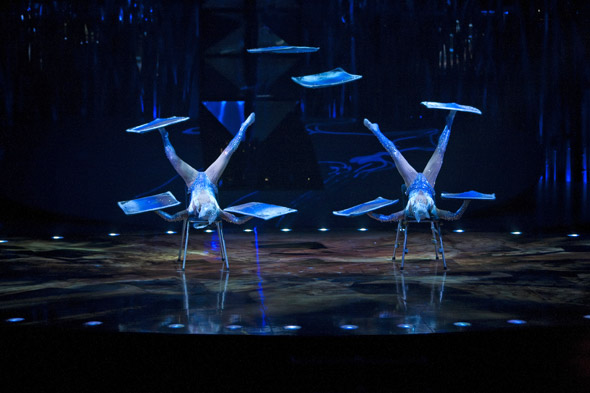 The show is sweeping in its scope. As a picture of "the journey of humankind," it considers our evolution from primate, the various types of geography on our globe, the diversity of the world's cultures, and the sustainability of our resources. Thankfully for viewers, these themes are suggested in the characters, staging, and design elements that comprise each act, rather than expressed in a linear narrative.

The themes are found in metaphors and relationships, but are positioned fluidly enough to allow the audience to enjoy the spectacle that is the hallmark of the company. And the spectacle is surely impressive. The show can be loosely divided into circus performances and clown lazzis (short comic sketches). The circus performances showcase professionals at the height of their careers. 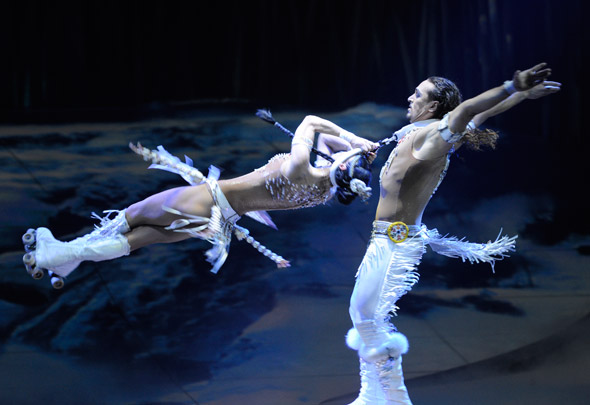 While all of the major acts are remarkable for their death-defying disregard of heights or for their putative impossibility, there are a few that leave the jaw dropped further down the neck. Unicycles and Bowls has to be my favourite of the night. The title of the act says it all. Five unicyclists juggle metal bowls with their feet eventually catching them on their heads without using their hands. The display of balance and concentration is astounding.

Also memorable is the Russian troupe that scales the height of the big top in an act called Perches. For the act's finale, a member of the troupe balances a thirty foot long pole on his forehead, while an acrobat stands upside down at the top. The same troupe closes out the show in beautiful florescent body suits doing flips and jumps on the Russian Bars. 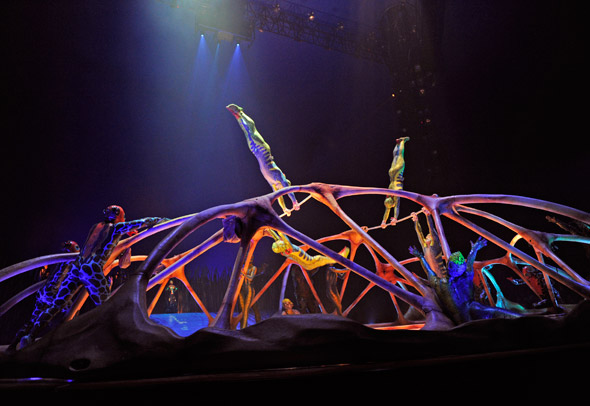 The lazzis feature a collection of strange but endearing characters interacting with the circus acts. A Darwinian figure is seen studying primates, an obnoxious Italian shmoozer chats up the spectators, and a deadpan fisherman drains a lake of its water. The sketches lean on physical comedy with very little spoken word — a secret to Cirque's international success.

Unfortunately, with the calibre of circus performance being so adrenaline-inducing, these smaller more comedic performances just don't measure up. While the scenes showcase the incredible technical abilities of the clowns, their moments suffer from being the small fish in the big tank. The solo performance that did stand out, however, is the Amerindian Hoops Dancer who so gracefully traverses the stage in two sequences.

To describe Cirque du Soleil in words is akin to catching fire in a bottle — you extinguish its true essence. Its impact can be witnessed in how you react while watching. At half a dozen moments during the show, the word "wow" escaped my lips seemingly of its own accord. It demands such an instinctive response, and promises the greatest show on earth. 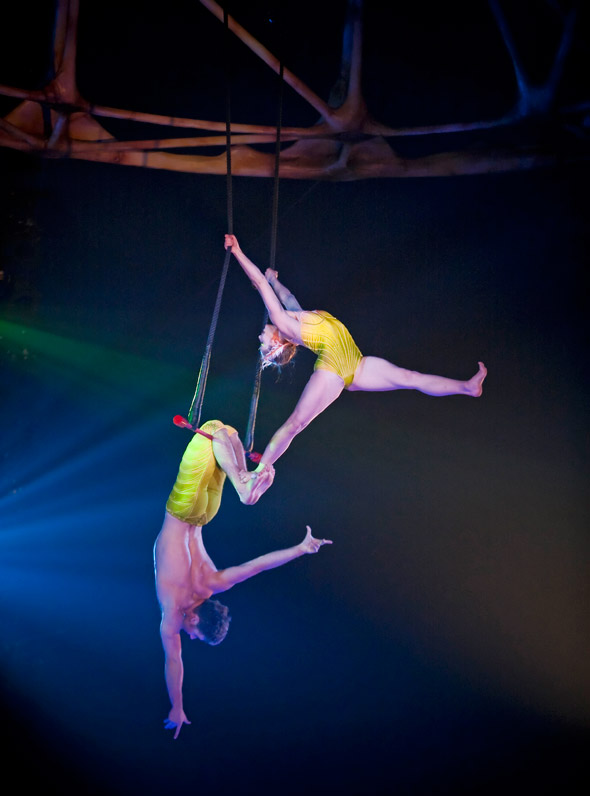 Cirque du Soleil's TOTEM runs until October 9 under the Grand Chapiteau at the Port Lands (Cherry St. and Commissioners St.). Tickets are $70 to $150+.