Burlesque has made a triumphant return to Toronto in recent years with a number of groups teasing audiences with fleeting flashes of skin. But none are as entertaining as the eleven member troupe, Les Coquettes. Their latest show, "Where's the Beef?": A Tribute to the 80s, is a wickedly funny and delightfully entertaining send up of all things memorable (and not so memorable) about the 80s. 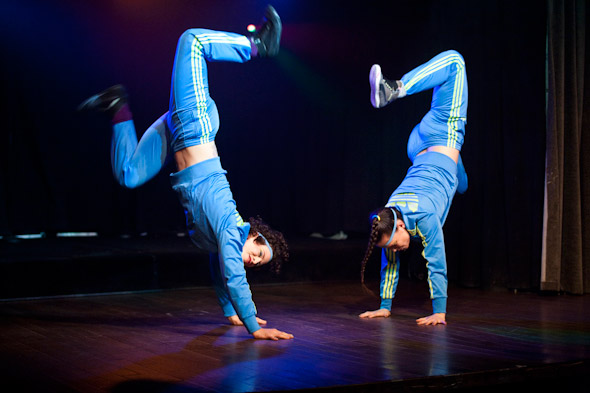 The fun takes place at Revival on College St., a suitable venue with high ceilings, a bar top playing space, and an ample stage. It's here that Les Coquettes perform a series of numbers they claim will appeal to every demographic: those who were getting action in the 80s, those who wanted action (think big hair and bad glasses), and those of us who were the result of action during the decade.

The 11 member group (seven women, four men) is a talented collection of singers and dancers that stick to the traditional variety show structure. The MC for the evening is La Minouche, a gracious host that guides the audience from one titillating scene to the next. La Minouche performs the role with exquisite grace. She's cheeky yet in control â everything you'd want from a burlesque guide (especially if it's your first time). 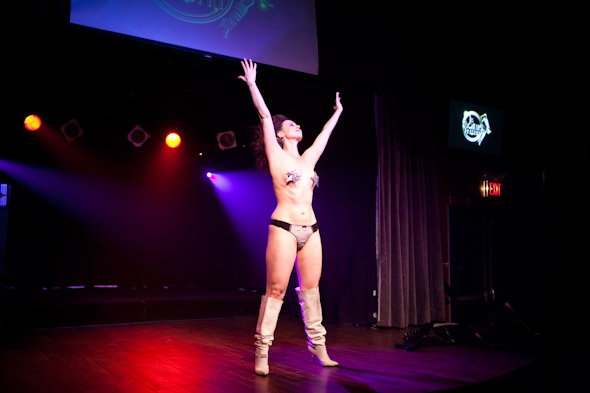 The opening number features shiny silver jumpsuits and colourful 80s rockband hair. You'd think there'd be no way to top that opening note, but each subsequent act offers something exciting. Unlike traditional burlesque where skin was the feature, today's performances must rely on high impact entertainment. Most impressive is cast's the vocal strength. They are able to belt their iconic 80s numbers with ease while covering dance steps and uncovering themselves. Lilli Bubalotovich's "Let's Get Physical" and Dew Lily's full-out Prince impression were the hits of the night. 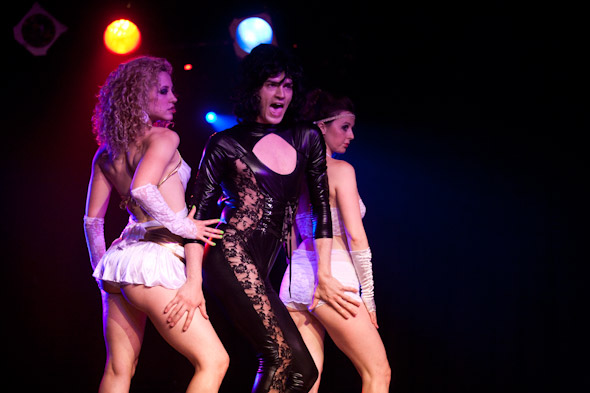 The aerial displays are a unique feature of the show. Charlotte Webber on aerial ring and Billie Black on aerial silks mesmerize the audience with their incredible talent. Black especially captures a Molly Ringwald type elegance high in the air. Guest artists, the Grand Mistresses of Flashing, provide an impressive breakdance set to make the backbone slide.

With all the right pieces and a diverse series of scenes, Les Coquettes leave the audience wanting more. The costumes are particularly well done and the production quality is a far cry from the gritty cabarets of years gone by (they even have a high powered fan to complete the 80s look). The show is bookmarked with well-edited montages of iconic films from the decade. Inevitably, it's all these small details that compliment the talent of the performers.

While some scenes could benefit from attrition, and transitions could have been a little more tight, these are minor flaws in a performance that hits all the right notes. Les Coquettes are the burlesque troupe to watch in Toronto.

The 80s tribute is now an annual event, but keep an eye out for their next show this October. 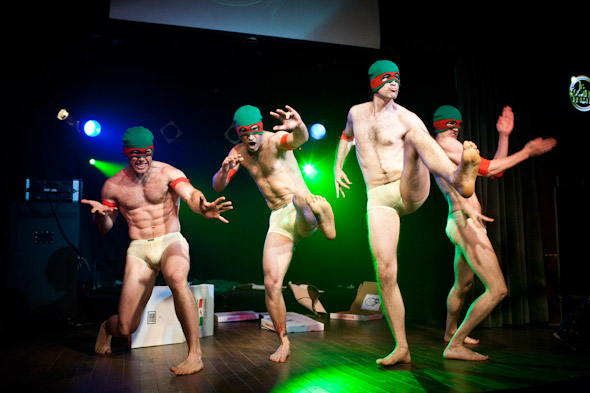