Alice in Wonderland lives up to the hype

Reading the early reviews of Alice in Wonderland at the National Ballet of Canada had me excited and a bit nervous at the prospect of trying to identify what it is that makes it so magical, so wonderful that it's being hailed as a new contemporary classic. Naturally the production features a star-studded cast, with Rex Harrington as the petulant and pouty King of Hearts alongside principal dancers Sonia Rodriguez and Heather Odgen, who take turns as Alice. But it's the first cast Alice, Jillian Vanstone, whom I had the opportunity and privilege to watch that really makes the show shine. 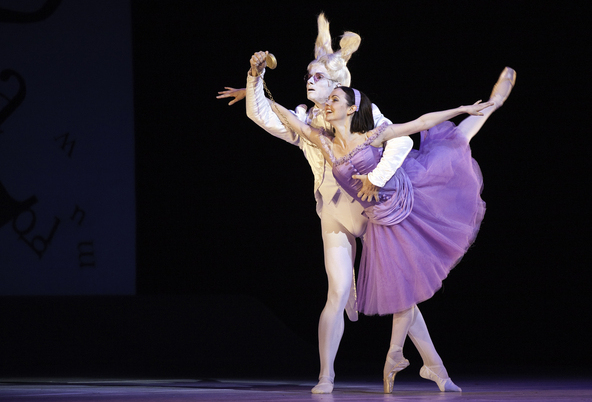 Vanstone, a B.C. native who has handled principal roles in the past but not necessarily as first cast, embraced the role with stamina and strength, as Alice is on stage for a majority of the performance as she moves from vignette to vignette, meeting beloved characters along the way. Whether it be the madcap tap styles of the Mad Hatter, the sensuous movements of the Caterpillar or the abstract appearances of the elaborate Cheshire Cat, Vanstone approaches the role with a real sense of wonder. Even when she's merely in the background, she's so riveting and convincing in the role that it's hard to tear your eyes away from her.

The major story change for Alice is the aging of her character to a teenager. This move actually heightens the chasm between youth and adulthood, which results in a slightly more serious plot line and climax. In her real life, Alice has a crush on Jack the teenage gardener portrayed by Zdenek Konvalina, and when he is wrongfully dismissed by her mother she enters a depression that results in her first visit to Wonderland. While there, she finds a character identical to him and follows him throughout the realm. Her affection for Jack results in a very lifting pas de deux at the climax, a romantic depiction that is neither desperate nor final â a dance of two young people embracing their first love that comes off as fresh and exciting. 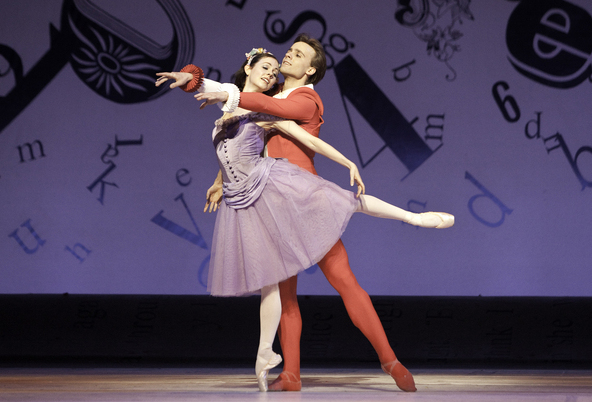 It would be a mistake, however, to skip over the other amazing characters, most notably Greta Hodgkinson, who takes a turn as the deliciously evil and ridiculous Queen of Hearts, the controlling and explosive ruler of the land. Her movements and gestures resonate from face to limb, all filled with her joy, her rage and her indignation. Greta is a dream, and it's a wonder that this role was portrayed by anybody other than her given how completely she absorbs the character. Also noteworthy was Keiichi Hirano's performance, who slaughtered the audience as the Frog Butler (he also plays Jack in a different cast). As youthful and dashing as Zdenek plays the role, it will be interesting to see Keiichi's portrayal as he always fully embodies his characters with complete expression.

Technology also plays a key role in this ballet. Along with with old-stage magic such as large set pieces, collapsing props and sets and people-as-ornamentation, there are rather elaborate projections, and one definite breaking-of-the-fourth-wall surprise that caused the audience to erupt in applause.

This response was only exceeded by the full orchestra-floor standing ovation that occurred at the conclusion of the performance.

Alice in Wonderland is performed by the National Ballet of Canada and runs from now until June 25th. Tickets range from $25 to $170 and can be purchased online. Rush tickets may be available on the day of for $35 at the Four Seasons Centre..