Try being a hotdog vendor at Nathan Phillips Square for a year and you'll likely meet some of the weird and wacky characters that weave in and out of Window on Toronto.

There's the Korean newcomer who wants to be your new best friend. Your heartbroken buddy Sean begs you to get your sister to call him back. A flirty girl in braids keeps returning for a side of sauerkraut. An old lady with Alzheimer's keeps telling you what was here 50 years ago. People constantly drop things off or leave them behind: a guitar, a script, a violin, a baby? Then a former LavaLife lover drops by to become your new stalker.

Such is the story told by half a dozen or so actors, easily playing a dozen parts each, in this fast-paced Soulpepper production that is as much a documentary of modern-day Toronto as it is a piece of brilliant theatre. 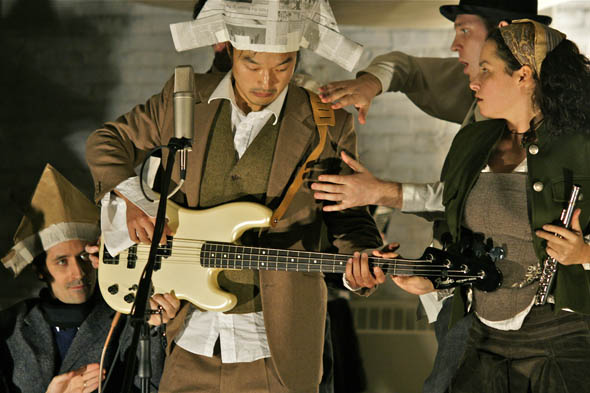 Window On Toronto is featured in a double bill with (re)Birth: e.e. cummings in Song. I was fortunate to catch its first incarnation at the CanWest Cabaret Festival a couple of years ago, and I've always hoped it would become a fully-fledged show of its own. At Monday's opening night, it once again got a well-deserved standing ovation.

The set, costume and lighting design (by Ken MacKenzie) are understated, providing the perfect backdrop for bringing to life the work of the American poet, essayist, painter and playright in e.e. cummings. The show is written and deftly directed by Laszlo Marton, with musical direction by Mike Ross. 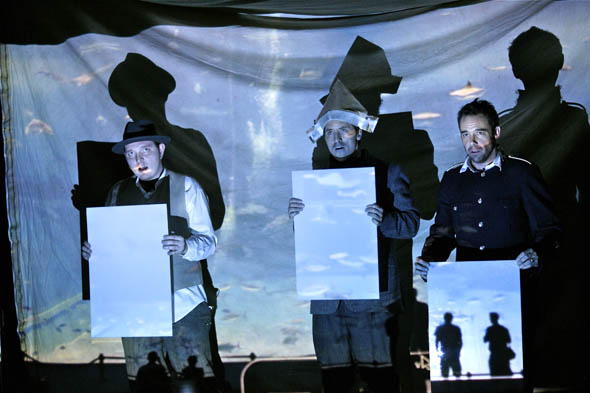 The combination of these two pieces of theatre makes for a great night out, and would be ideal for entertaining a friend or relative from out of town. When you go, also make sure you check out the large-scale photos of Carlos Cazalis while you're there.