The Toronto Fringe Festival has a little bit of theatre for everyone's tastes in 2010. And with tickets as little as $10, you'd be remiss not to check out some of this awesome talent from 150 productions at 27 venues. Here's my top picks of what to see at this year's 22nd annual Fringe Festival:

The Making Of is sure to get people talking. It's a mockumentary that follows an inept film crew making a misguided documentary about the "untold plight of Toronto's poor." But get this: It's guest starring several top Toronto politicians, including city councillor and Chair of the Toronto Transit Commission Adam Giambrone, city councillor Suzan Hall, Rt. Hon. Olivia Chow and fringe mayoral candidate Keith Cole.

Just pray that you don't end up losing your date to Giambrone or getting peed on by Cole. 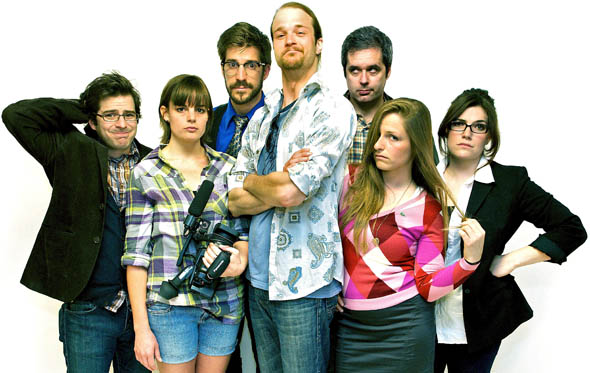 Next on my must-see list is Rochdale: Livin' the Dream, a piece of theatre by York University students that mirrors a piece of Toronto's overlooked history. It follows eight young bohemians through the tumultuous first year of Rochdale College as they explore education... and each other. Or so says the press release:

"Rochdale College was built in downtown Toronto in the late '60s and used as a vector for emerging poets, musicians, actors, and anyone who believed in free expression. The school was a place where rent and tuition were nothing but a cloud of smoke. They say if you can remember Rochdale, you were never really there." 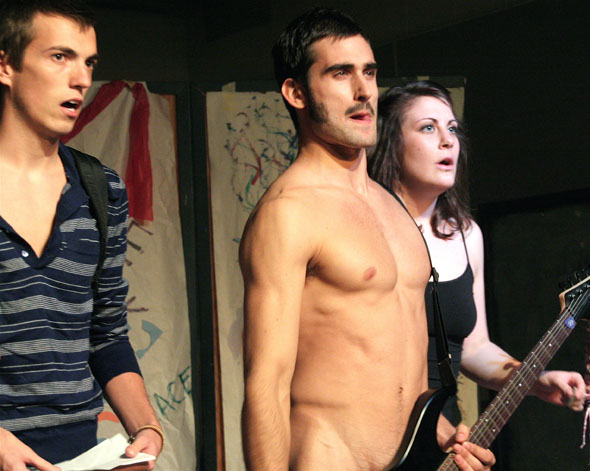 If you want to LOL, you ought not miss Australian Jonno Katz' Cactus the Seduction, a remade comedic work from his hit 2004 show. For the last month Katz has been putting the finishing touches on the show as the artist-in-residence at Earthdance, in the hills of Massachusetts. On stage July 2 - July 11 at The Solo Room, 736 Bathurst Street.

If Broadway-Rock is more your speed, you may dig Stagehands' The Silent City, "a musical without the jazz hands, a rock band without the hangover and an eclectic mix of catchy songs" (pictured in the lead photo). It features band members/actors Geoff Stevens, Mackenzie Zufelt, Justine Moritz, Nemanja Protic, David Yenovkian and Marko Pandza. Bring a mask. On stage June 30 - July 11 at The Bread and Circus, 299 Augusta Ave. 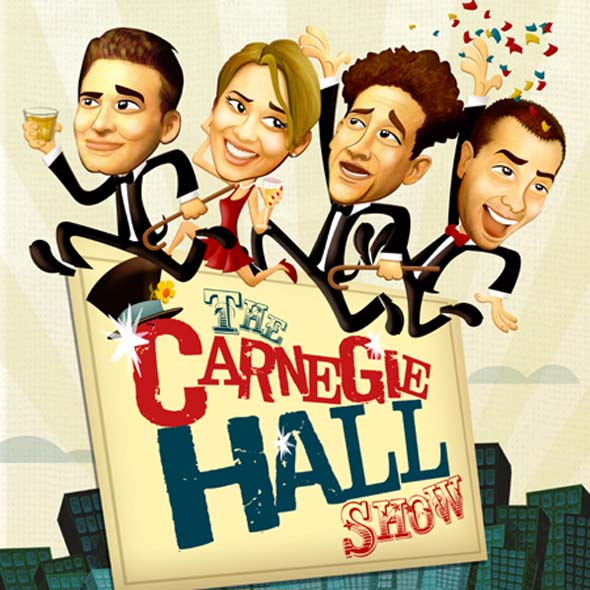 The Carnegie Hall Show is a special fringe presentation of an improvised comedy show that's been performed every Wednesday at Bread and Circus in Kensington Market for the last year or so, becoming something of a success. It's a kind of Kennedy-awards retrospective of the greatest improvised scenes of all time and a radio play.

The Duck Wife is a dance-rock opera retelling of an Inuit folktale, told by Inertia Productions. It's bound to be a grand journey inhabited by a spirit fox, a treacherous mountain and mischievous creatures, incorporating live musicians and incorporating urban dance and physical theatre influences. It features a nine-member performance troupe, hailing from New York, Halifax, Winnipeg, Calgary, Ottawa and Montreal.

Flap, flap, little duck! On stage July 1 - July 10 at Bathurst Street Theatre, 736 Bathurst St. Check out the trailer for The Duck Wife below:

Got kids? Take 'em to one of the seven Fringe Kids offerings, such as Jack Frost, presented by Cow Over Moon Children's Theatre. It's an original take on a well-known story, performed with improv, song and dance and lots of audience participation. On stage July 2 - July 11 at Palmerston Library Theatre, 560 Palmerston Ave. Tickets for kids are just $5. 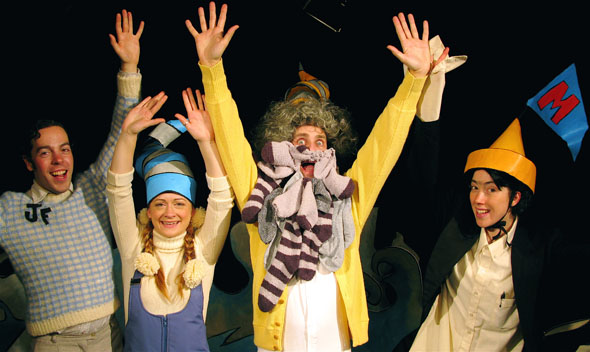 Dead Cat Bounce, perhaps one of the strangest titles for a play, is an urban comedy about winning and losing. The title is investor slang for a brief recovery in the price of a falling stock, based on the axiom: "Even a dead cat will bounce if you drop it from a great height."

Dead Cat Bounce is one of 20 Bring Your Own Venue (BYOV) shows. It takes place on a street corner in Kensington Market where The Mayor, a homeless man, lives. It's directed by Molly Thom, and features Sochi Fried (from last year's Fringe hit 36 Little Plays About Hopeless Girls), Steven Burley and octogenarian Ian Orr.

The audience sits at the outdoor patio and the action takes place around them. It runs June 30-July 10 on the patio at KOS Restaurant, 61 Bellevue Ave.

If you're in The Annex from June 30 to July 11, be sure to drop into The Fringe Club at Honest Ed's, where you can rub elbows with performers at the McAuslan beer tent and grab a bite from one of the local establishments such as Butler's Pantry, Southern Accent, Roti Palace and the Central Jazz & Supper Club. There's also a free nightly cabaret at 10 p.m.

If you're an aspiring performer or even an art wanker, The Fringe has just the thing for you this year with its Art Wank stage, located in the laneway between the two Honest Ed's Buildings at Bathurst and Bloor (581 Bloor St. West).

However you Fringe, make sure you arrive early to these shows as no latecomers are permitted. If you can't make it into any of my top picks, don't fret. There's 150 productions in all. Take a chance on something new and there's a good chance you'll find something to like about it. You can also keep abreast of all the Fringe Festival goings-on on Facebook and on Twitter.

Photo of The Making Of cast by Radey Barrack. Photo of Rochdale Livin' the Dream by Armando Cavalheiro. Photo of The Silent City by Ashlea Wessel.