Cloud 9 More than a Gender Bender

The contemporary comedic musical by Caryl Churchill is deftly directed by Alisa Palmer and is a raucus mash-up of age and gender, race and sexuality. 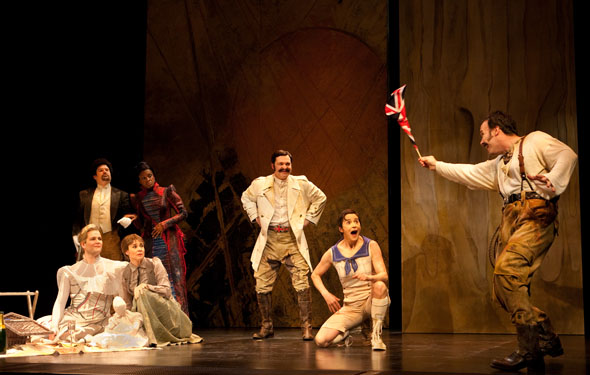 Then again, staging Cloud 9 in between a successful run of MMLJWW is a rather convenient coincidence.

Cloud 9 (the play) should not be confused with Cloud 9 the movie, which was released last spring. While both stories tackle issues of age, sex and infidelity, the Mirvish production of Cloud 9 does so in with such wit and frivolity that it's got to be experienced first-hand to enjoy fully.

It's got a white man playing a black man. It's got men playing women who played men in act one (as well as women playing men who played women). The production's two acts are set 100 years and continents apart. Act one takes place in British colonial Africa in Victorian times, while act two (after intermission) has many roles reversed and turned on their heads, as the characters are portrayed a mere 25 years older, circa 1979 in London, England.

The entire cast perform at a level that absolutely draws you into their sordid story. 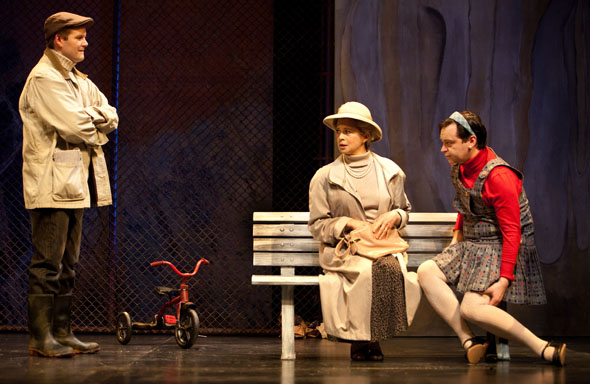 Particularly enchanting is Blair Williams, who portrays Harry Bagley, a wandering adventurer. Fans of John Cleese's style of physical comedy will appreciate his stage presence in this show. Williams' expressive eyebrows and telling body language reveal a lot more than what is spoken by his character: "Friendship between men is the most noble," is an obvious double entendre.

Indeed, Cloud 9 has got some wonderful quotes, delivered with such panache by characters of questionable morals that, by the end, one can't help but feel empathy towards them.

When Betty, a recent divorcee, tries to pick up her gay son's ex-boyfriend, she realizes aloud, "I've never been so short of men's company that I've had to take the company of women."

Cloud 9's set and costume design, by Judith Bowden, had just the right amount of detail and flare to carry off this show at the Panasonic Theatre. I enjoyed seeing the actors without those silly airplane-pilot microphones that most staged musicals seem to rely on nowadays. The songs, of which there weren't that many, sounded great -- especially when sung by the entire cast.