Artists in Toronto don't always want to take risks and create shows about our own country, or our own cities. It's easier to retell old American or European stories, again and again, that have already been successful somewhere else.

But Mike Ross is presenting an exciting new musical for Soulpepper this December. About Toronto.

Mike was born in P.E.I but moved with his family to 'The Garden State', New Jersey, when he was four. He returned to the Maritimes in his early twenties to become a musician. After winning two East Coast Music Awards as the frontman of a jazz/swing band, his career took an unexpected turn.

"There's a big theatre festival in Charlottetown where they do 'Anne of Green Gables' and shows like that in the summer. This particular season they were doing a musical named 'Fire', loosely based on the life of Jerry Lee Lewis. They needed an actor who could play piano; I was an unemployed musician at the time so I tried out for it and got the job. It was enough of an experience to give me what all the actors get; the acting bug.

The success of the show gave me the stones to move to Toronto with my wife to pursue theatre; that was when I was twenty-six. I didn't work for a year, but slowly I started meeting people and began to forge out a career for myself as an actor who was also a musician."

His new show is called Civil Elegies. It's a musical based on a 1972 book of poetry by local legend Dennis Lee. It's made up of nine elegies "asking what it really means to be a citizen of Toronto, a citizen of yourself, a citizen of the earth." Mike took the verse and wrote original music to accompany it.

"I got a chance to play these songs for Dennis Lee; he loved them, and gave me his full blessing to try to present these songs in a theatre format. It's a one man show, I'm at the piano virtually the whole time, and we project images of Toronto, from the past and present, and more, on the stage behind me."

Having lived and worked in the city for almost ten years now, I asked what Mike appreciates about Toronto and why he's decided to settle down here.

"Learning this piece, studying it, has actually connected me to this city in a way that I've never been before. I feel like Toronto is my home now.

I love sitting in a restaurant with a big window and seeing a red streetcar go by. I love the Flatiron building that I'm looking at right now across the street. I love the sense of neighbourhood that Toronto has. I love the accessibility to the best that the world has to offer as far as sporting events, concerts, theatre, dance and music. I love my neighbourhood, Leslieville, where my wife and I just bought a house and it seems to be turning into a hip little area but it still has really seedy places with dangerous people lurking about. I love that. I don't want those dangerous people to go anywhere, it keeps it real. I love the skyline from the bridge on Eastern Avenue as it crosses over to the Distillery. I love the Toronto Blue Jays. I love the climate; I need to live in a place where there's four distinct seasons. I love that every part of the world is represented here, in some way."

I think it's great that a large theatre company like Soulpepper is willing to take a chance on a show based on a book of Canadian poetry, and a chance on a performer like Mike Ross. Coupled with their remount of 'Billy Bishop Goes to War' this season, they've done a good deal to promote our national arts legacy.

"We're a young nation. The people we're compared to all the time is England from whence we came and America who we're influenced by, in an oppressive way. They're both older than we are. A lot older then we are. It's ok that we're still forging our identity. It's malleable still, and it has unlimited potential given the natural artistry that this county is consistently providing to the world. And like any Canadian I'm frustrated that we aren't owning that more.

The flow of my career has informed about how important it is to allow Canadian work to develop and stand up on it's own on the world stage. You don't want to say 'That was pretty good for a Canadian show'; you want to see something and say that it is proudly Canadian. That it is clearly Canadian." 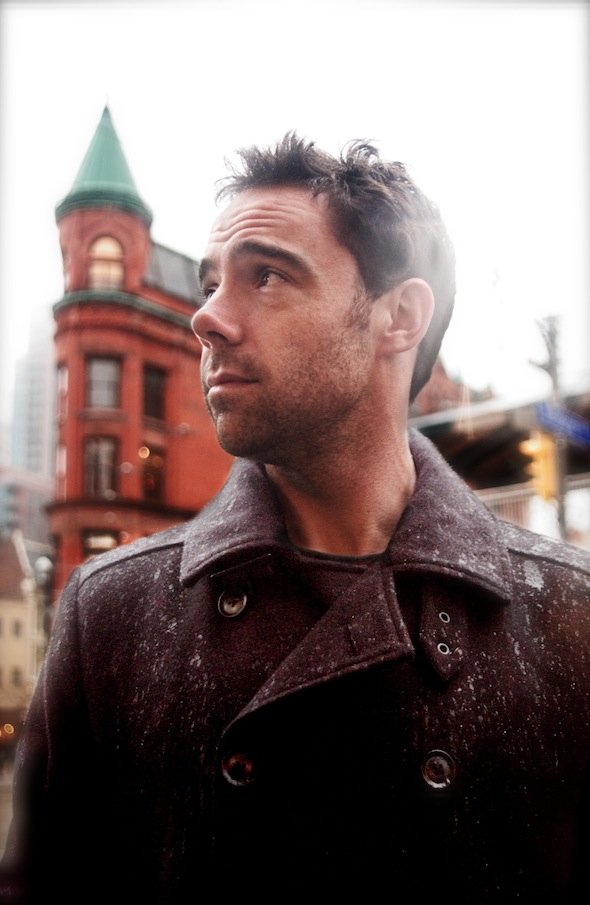