Madama Butterfly is a relatively modern opera, set in Nagasaki in 1890. A deep tragedy of deception and betrayal, a young Geisha is married off to an American; and though deeply devoted to him, the American has no intention of being a husband to the girl.

Abandoned by husband and shunned by her people, Madama Butterfly is 'stuck by a pin, and mounted on a board.' Unable to overcome her dishonour, she is forced to commit jigai. This compelling story is one of the best I've seen on the COC stage, and we've got a pair of tickets to pass on to one lucky reader. 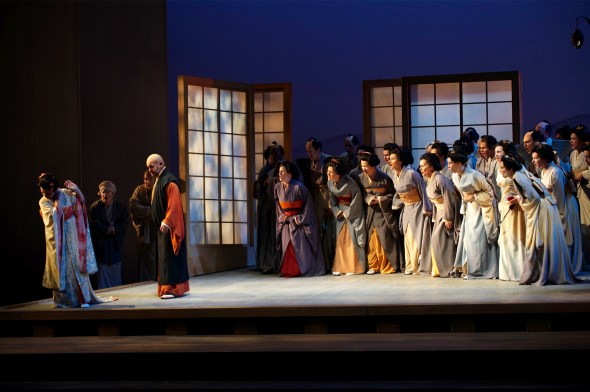 This performance of Madama Butterfly featured a particularly powerful vocal cast, with David Pomeroy playing Pinkerton, the pompous American. I'd seen him perform in La Boheme last season, and he marvelously eclipsed the delicacy of the chorus in this opera score.

The voice of Cio-cio-san, or Madama Butterfly, was impressively potent as the tragic lead; but was maybe too powerful for the role of a 15 year old girl. Vocally speaking, I'm sure it's difficult to portray the sense of both young innocence and jaded experience at once.

My favourite characters overall were actually supporting roles: Sharpless, the U.S. Consul, and Goro, the marriage broker. Besides having some of the funnier punch lines at lighter moments in the opera, they both had very specific timing cues to follow; this added greatly to the flow of movement on the set, especially as they moved alongside set changes while singing off stage. 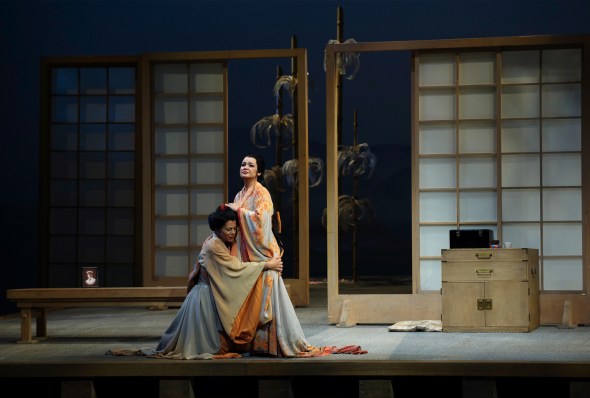 The set and costuming was the absolute mark of Susan Benson's intelligent design, inspired by Japanese simplicity and balance. Tall shoji screens and flowing kimono fabrics moved with absolutely ease, dancing around the stage amongst the cast members. It was an amazingly well-choreographed performance.

If Madama Butterfy is any indication, this year's COC season seems to be stepping up its game; focusing less on kitschy effects and more on the show's overall harmony and cohesion.

I highly recommend seeing this performance in its limited 15 performance run, and here's how you can go... on us!

To win a pair of tickets to the Wednesday October 14th, 7:30pm performance of Madama Butterfly, simply post a comment below by noon on October 5th.

One winner will be randomly selected from the comments to win a pair of tickets (value $136). Please make sure to leave a valid email address in the appropriate form field so we can contact you for prize claim details.

Oh, and if you're looking for something to check out tonight, the Opera 101 interactive series takes place at the Four Seasons Centre starting at 7:30pm. Opera 101, which used to be held at the Drake, is a great introduction to opera and a chance to learn about some of the people involved in these lavish COC productions.