Two of Daniel Karasik's plays are being produced this autumn. One of them is coming up at the Tarragon Theatre in early October while the other production is in November...in Potsdam, Germany.

Daniel was born and raised in Vaughan, which, according to its official civic tagline, is 'The City Above Toronto'.

"I wouldn't say Vaughan is above Toronto in a qualitative sense" Daniel tells me. "I definitely wouldn't say it's above in a moral sense. I don't know, even in the geographical sense it's a bit tricky because when I look up, it's not there. It's a bit provocative, let's say that."

Daniel's interest in storytelling and theatre began early; by sixteen he was writing plays for the Paprika Festival at the Tarragon and Rhubarb at Buddies in Bad Times Theatre.

But it was with 'In Full Light,' his hit 2007 Summerworks play, that he really began getting noticed as an exciting new voice in the Canadian theatre scene.

"The play was picked up by a publisher and included in an anthology of new Canadian plays, which was exciting. People who I hadn't met before began coming up to me and saying 'I've read your play.' They can go out and read it without my knowledge; it's kind of strange."

Daniel's work is filled with very intelligent, disciplined characters whose lives are turned on end by passion, be it sadness or love. Compelling drama with a dash of sardonic wit.

When the Canadian Embassy in Germany asked to include 'In Full Light' in a government program that distributes Canadian plays to the German theatre community, Daniel thought nothing of it. Until a lady named Uta called about producing the show over there.

"They've programmed the play for their inaugural season in November. It's all in German of course; I won't understand it but hopefully I'll know what's going on."

Daniel's new play, 'The Crossing Guard', is opening on October 7th in Toronto. It's about a young man who goes back to a crosswalk every day where his sister told him to meet her just before she went missing.

"I think there is a strong argument to be made to start building an audience locally, especially in Toronto where it's such a cultural hub already."

I asked Daniel whether he plans to continue trying to get his plays staged and produced internationally, with Toronto as a starting point.

"I think you'd be surprised at how much Canadian work actually does get done overseas. The Brad Fraser show, 'True Love Lies', which he's opening in Toronto soon, just finished a successful run in the West End. 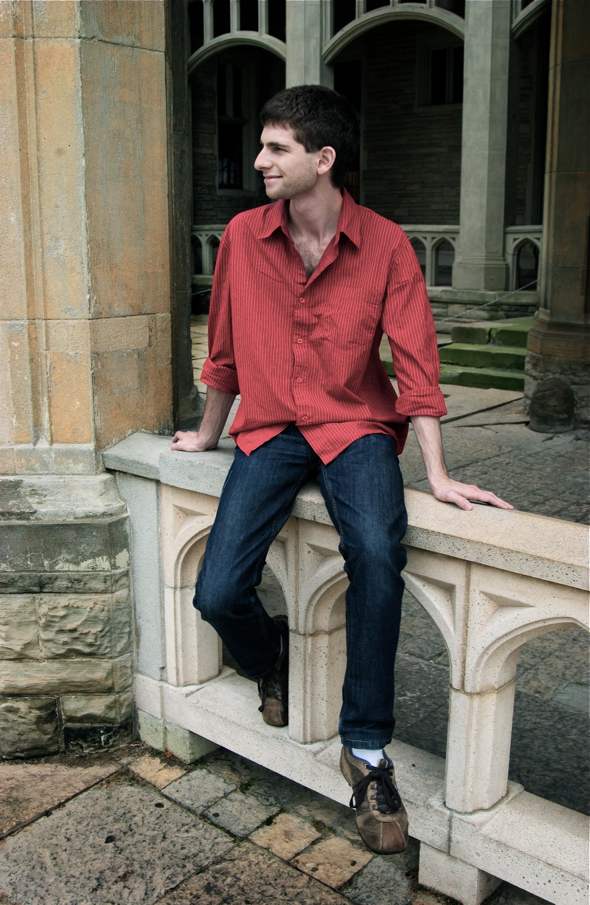 Palace of the End' has played across the world; Barcelona, Germany, the U.K. I think there's as much a Canadian presence in London or New York as any other country that's not their own."