The InspiraTO festival (not to be confused with the Luminato festival) is a 10-minute play festival where every minute counts. It's ideal for short attention span types like myself.

If you get bored of one of the 10 plays, it'll soon be over and another one will likely amuse (Jalapeno Cough Syrup), infuriate (While Isabelle Bleeds) or equally annoy you (Fifty Years Hungry). That said, most of them are well-written and acted.

One of the highlights of the 10 plays for me was The Piano by Amy Fox, featuring a sassy Ese Atawo as The Countess (pictured above) who claims to live above a young couple, played by Adrian Sheperd-Gawinski and Sara Mitich. We learn that sometimes reality and imagination don't always get along. But where should the piano go? 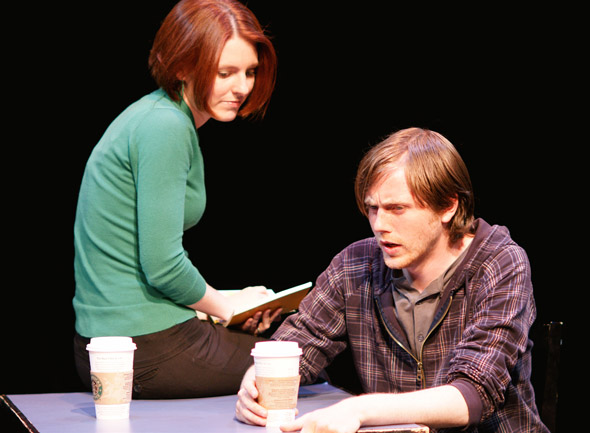 The first play of the night was A Simple Question by Michael Wilmot, which kind of set the tone for the evening. A tongue-in-cheek interview at Starbucks (pictured above) becomes an interrogation with serious consequences. If you could only enjoy one food or taste for the rest of your life, what would you choose? 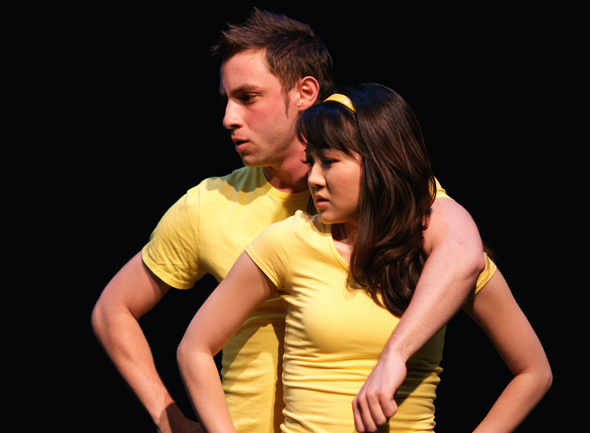 One of the most delightful plays is Human Beans by Cerise de Gelder. It's a clever story about a bunch of jelly beans in a jar and how the colours' personalities interact. Kevin and Pam, the two yellows (played by Nathan Callens and Pauline Wu, pictured above) struggle to find meaning, humour and joy sharing a candy jar with a purple and a black jelly bean. 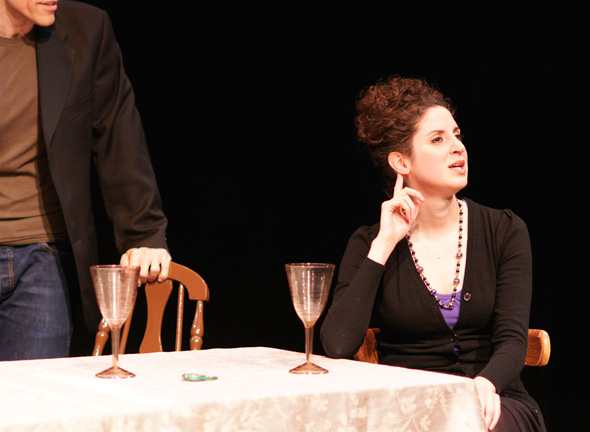 Say No More is a sharply written piece by Michael Kimball about the pregnant pauses that come up in conversation. When two couples at a New Year's Eve dinner party (pictured above) end up making a sport of seeing who can create the longest awkward silence, it gets personal. Topics explored while making such attempts include the plumber's ass crack and blue balls. Try it at home and see if you can make it seven seconds. 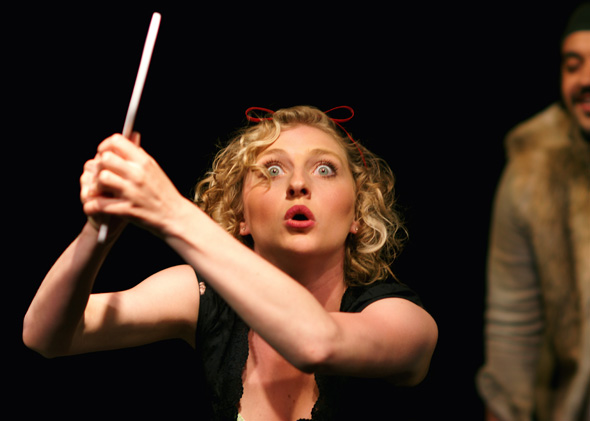 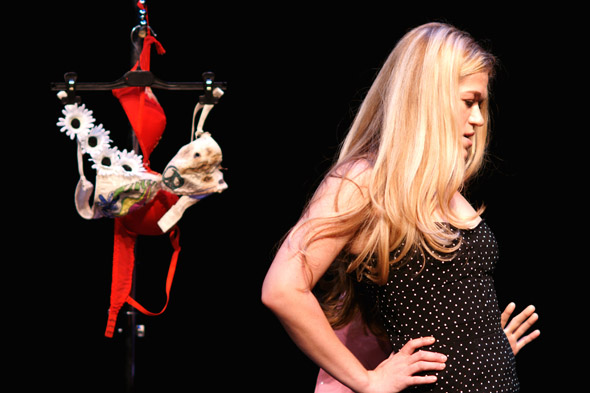 Atomic Fireball by Dominic Loncar follows Cindy, Sassy and Soul (played by Kasia Dyszkiewicz, pictured above) and their interactions surrounding a wedding, a cemetery and several repressed discussions of teenage pregnancy. 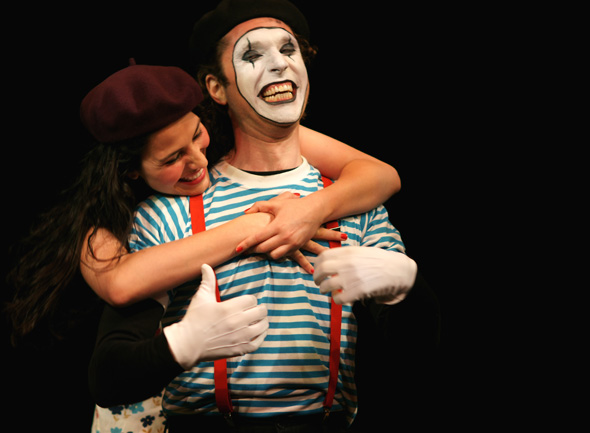 Rounding out the evening is a gem of a play called In Paris You Will Find Many Baguettes but Only One True Love by Michael Lew. It's a touching tale of Liz, played by Elissa Ciullo (pictured above) who falls in love with a mime, played by Adam Bradley. Meanwhile, Liz's friend Lindy (Mila Beaudoin) plays the third wheel in their Parisian escapade. It will leave you, like Lindy, wanting "mime face on your crotch."

This sort of theatre festival makes me excited about attending theatre. Aside from the uncomfortable bleacher bench-like seating and the repetitive interval music loop that played over and over again in between each of the 10 plays, the experience was most enjoyable.

The InspiraTO festival runs until June 13 at the Lorraine Kimsa Studio Theatre (165 Front St. E.) with shows on Thursday, Friday and Saturday night at 8 p.m. Tickets are $15 in advance, $20 at the door.