On Wednesday nights, some of the hottest improv comedy performers get liquored up with you and put on a show. It's only five bucks and you get entertained for a few hours, making this possibly the best entertainment deal going in the city.

It all goes down at Unit 102 at 46 Noble Street in Parkdale. It's spitting distance from the LCBO, so they encourage you to BYOB beforehand (must be 19+). There's even a fridge in the studio/rehearsal space to keep the rest of your suds chilled while you enjoy your first drink as you watch the often laugh-out-loud antics on stage. 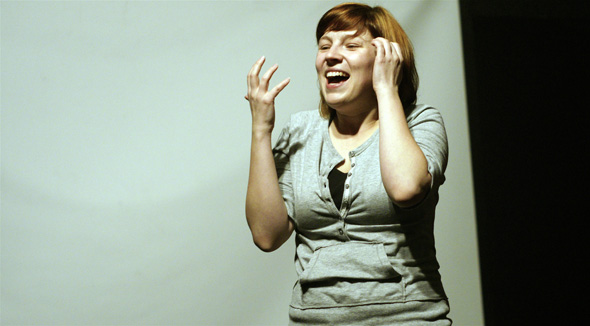 The night's organized by Julie Dumais (pictured above) and its format is pretty simple, allowing a variety of people on stage each week. 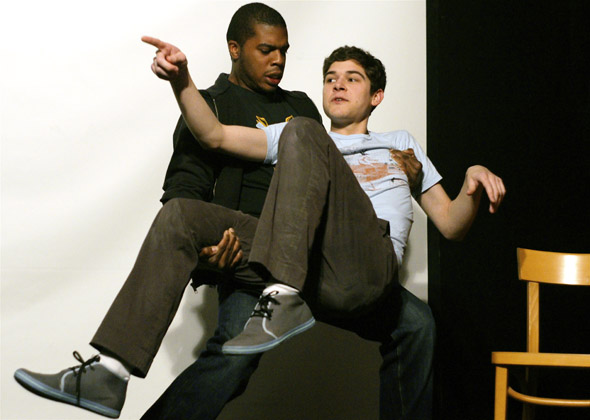 The evening starts off with The Kid is hot 2night, named after the Loverboy song. It's a long-form elimination tournament featuring 64 improvisers, which started over a year ago.

The format is designed to reward the top improv performance each week, leading up to the PROJECTproject COMBUSTIONfestival, May 24-30 at The Comedy Bar. 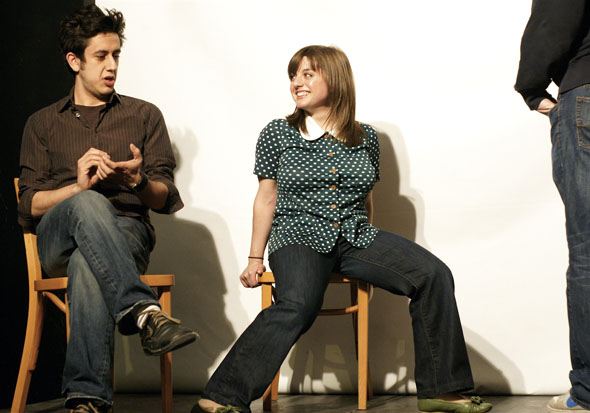 Here's how it works: In the first round, each improviser gets to play twice (on two different nights, in two different configurations of people). Each set is 20 minutes long and features six improvisers. After each set, the audience votes for the improviser they feel had the hottest night.

After everyone has played two sets, the scores are tallied and the bottom 24 improvisers are eliminated, and so on until the top six improvisers are crowned the hottest and get to showcase at the COMBUSTIONfestival.

After the first set, there's a chance to mix and mingle with the performers and grab another cold one from the fridge. 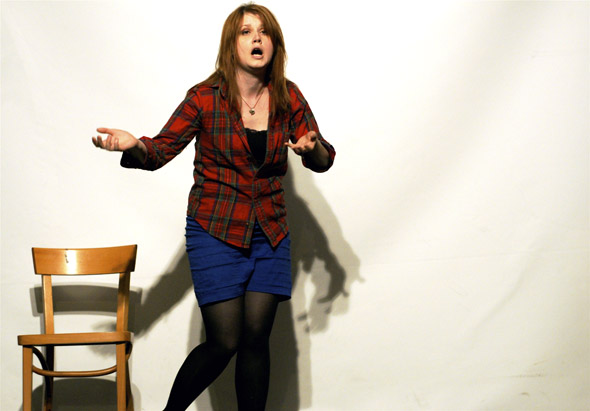 The house rules are pretty straightforward. They're posted by the lights in the washroom, which you're bound to use if you partake in the drinking that's an encouraged part of the night's festivities. 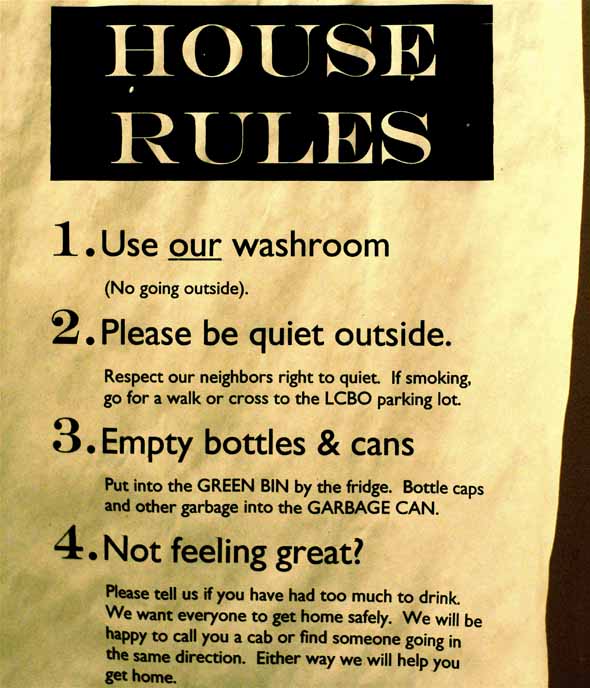 After the break during last Wednesday's first set, the action heated up on stage with a number of other neat bits, such as the Improv Monologue Project, a spontaneous monologue performed by an improviser without any preparation! I saw a screening of Mat Mailandt.

And then there was my favourite part: The Dice Of Destiny, in which a set of pre-selected performers take the stage in groups of two or three and do a very short improv scene.

The huge dice (it's actually just one big, red die) is tossed on the stage and that group number's scene is eliminated. And so on until there's just one scene left. This part can be a rather hit-or-miss affair, but it sure makes for some interesting moments on stage.

If you're keen to get up on stage yourself, let Dumais know beforehand and she'll put your name in the hat before the Dice of Destiny begins. If your name is drawn, you too can get your 15 seconds of fame. 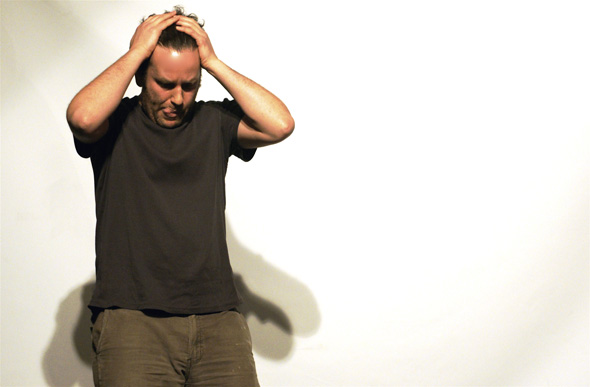 Before the night's through, we were treated to a live, improvised monologue. 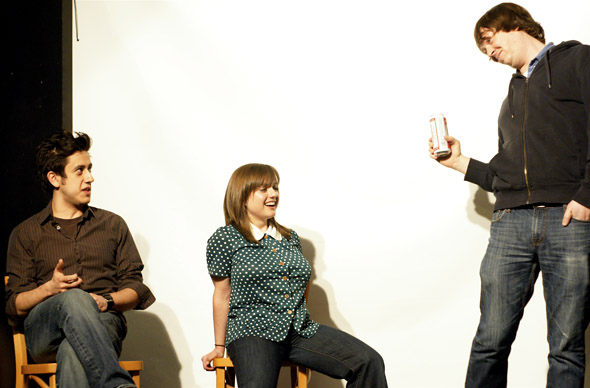 Don't forget to hit up the LCBO (which closes at 9 p.m.) across the street before the show.