Anthony Furey is the epitome of the young man about town. He started early; he's probably best known for founding the Tarragon's Paprika Theatre Festival in his late teens. 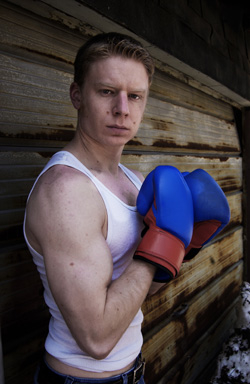 Since then he's become an actor, a screenwriter and director of short films, a freelance journalist, and most notably an accomplished theatre director. His 2005 fringe show 'The Molly Murders' was cited as must-see by many Toronto publications, and his Hart House production of 'Julius Caesar' in November 2007 thrilled audiences with an expressionist metallic / neo-fascist design.

When he isn't living up to his potent, theatrical name, Anthony can be found at sushi restaurants in the Annex and karaoke bars in Koreatown, discussing the meaning of life over avocado maki or the meaning of love through a Billy Joel ballad.