There's a painful shortage of small- and mid-sized theatre spaces in Toronto, leaving indie companies often scrambling to find a suitable place to produce a play. In the past short while we've lost rental spaces like the Poor Alex Theatre in the Annex and the Artwood Theatre in Queen West but this month there's a new kid on the block, and that's good news.

The Queen West Arts Centre is now open at 100A Ossington--smack dab in the middle of hot spots like Sweaty Betty's, the Sparrow, the Dakota Tavern, and galleries like TPW and the new Xpace. 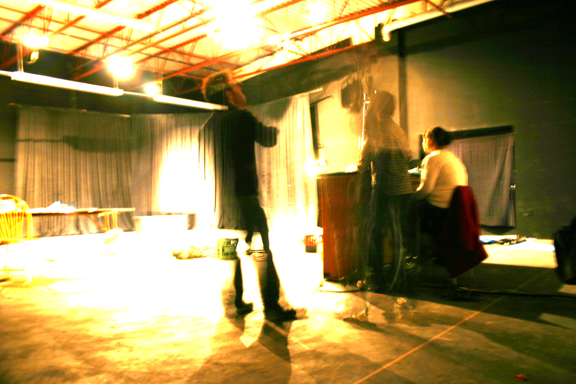 The first show in the new space is the Toronto premiere of Steel from award-winning local company Praxis. Steel has played to much acclaim at the London and Montreal Fringe Festivals winning awards like Producer's Pick and Best Original Work.

Directed by Michael Wheeler, written by Andrew Zadel, and starring James Murray, the play "traces the connections between a Haida teenager, a failing poet and a racecar enthusiast through the past and present of the Canadian railroad."

Tickets are $15 or $10 for students, seniors or anyone living under the poverty line. More info is at the Praxis website.