Peep this Project: Sing for your Supper

Thanks to Dropship Entertainment ( a local actors' collective) and its upstart reading series, Sing for your Supper, I've gained a whole new appreciation for Toronto's alt. theatre scene.

Sing for your Supper gives playwrights and actors--even those with little to no experience--a chance to meet each other, share ideas and workshop new scripts before an audience, outside conventional theatre venues. 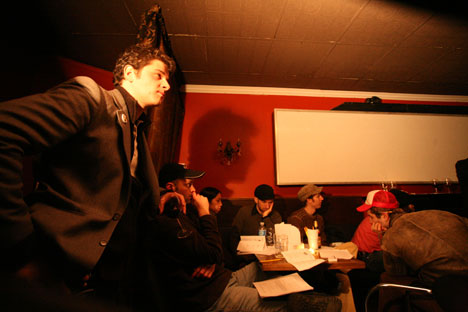 Here's how it went down. About an hour before showtime, I arrived at a hip west-end eatery called The Sparrow. I quickly grabbed a cold pint at the bar and slipped into the backroom, where Dropship co-founder, the ever charismatic Benjamin Blais, assigned me a part. After some prep-talk and a few friendly introductions--I was off! 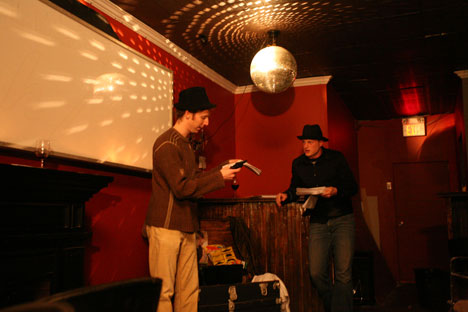 As we mingled and rehearsed our lines, Benjamin put on some chillin' party tunes, set the house lights accordingly and generally made sure all was cool. I took special note of a cute little disco ball and the dancing glimmer-flecks it cast all around us, and really started to feel the magic. Then, under the warm glow of a single spotlight, a quaint little tickle trunk revealed a wild assortment of fake mustaches, fedoras, wigs and a bunch of props. 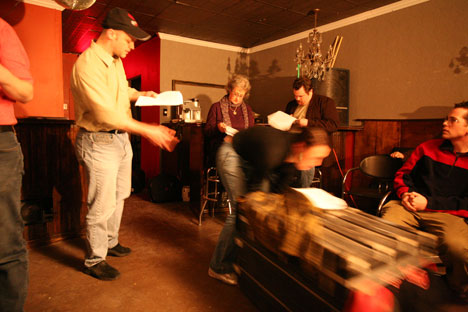 Now I was convinced: this was really good fun. And in no time, all the parts were cast and a super-enthusiastic, martini-buzzed audience had swarmed our cozy backroom stage. Time to shine. SHOWTIME! 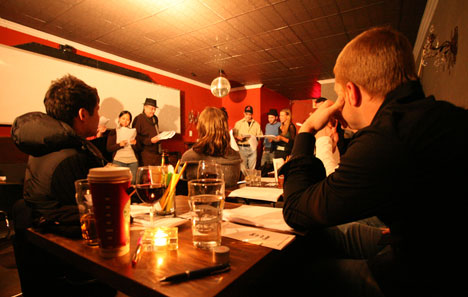 What followed was a delightfully fun, inclusive, truly interactive evening of improvisational hilarity. One of the best times I've had in a long, long time. (And I have a lot of good times.) I can't wait for the next one!

Photos by courtesy of Jake Rekret.