Facing another lockdown birthday, an Ontario man decided to plan a party for his son that wouldn't be shut down.

Jeremy Rupke, who lives near Barrie, says his son Mason, like many kids and adults, had his last birthday cancelled during the province-wide shutdown.

"So I wanted to plan, with my wife of course, a birthday party that couldn't be cancelled," Rupke tells blogTO.

So this year, for Mason's seventh birthday party on Jan. 15, the dad built a massive ice trail around his approximately one-acre property. He estimates that the trail, which loops around his home and into some woods, is more than 500 feet long.

And people seem to love it — TikTok videos of the new trail have gotten more than four million views so far.

Rupke started The Pond and works full time as a content creator making instructional and fun videos about hockey. He has had a 60-foot-long backyard rink for about five years, but the trail was a new venture. He tested it out a short trail last season but this year he went all out.

The first step was to get a snowblower and carve out a five-foot-wide path. Then, along with his employee, a friend and his brother, worked on different techniques to get the ice on the path. His friend built a buggy that sprays water. His brother made a device to melt the ice, and they also tried blow torches to smooth out the ice.

"I keep trying different things and then applied those and then got my mad scientist friend involved as well. So just playing around," Rupke says.

He found the best method was just to pack it down with a mat and then spray it with a device using PVC pipe, a garden hose and towel.

It took about a week to complete the trail and Mason and his friends loved it. 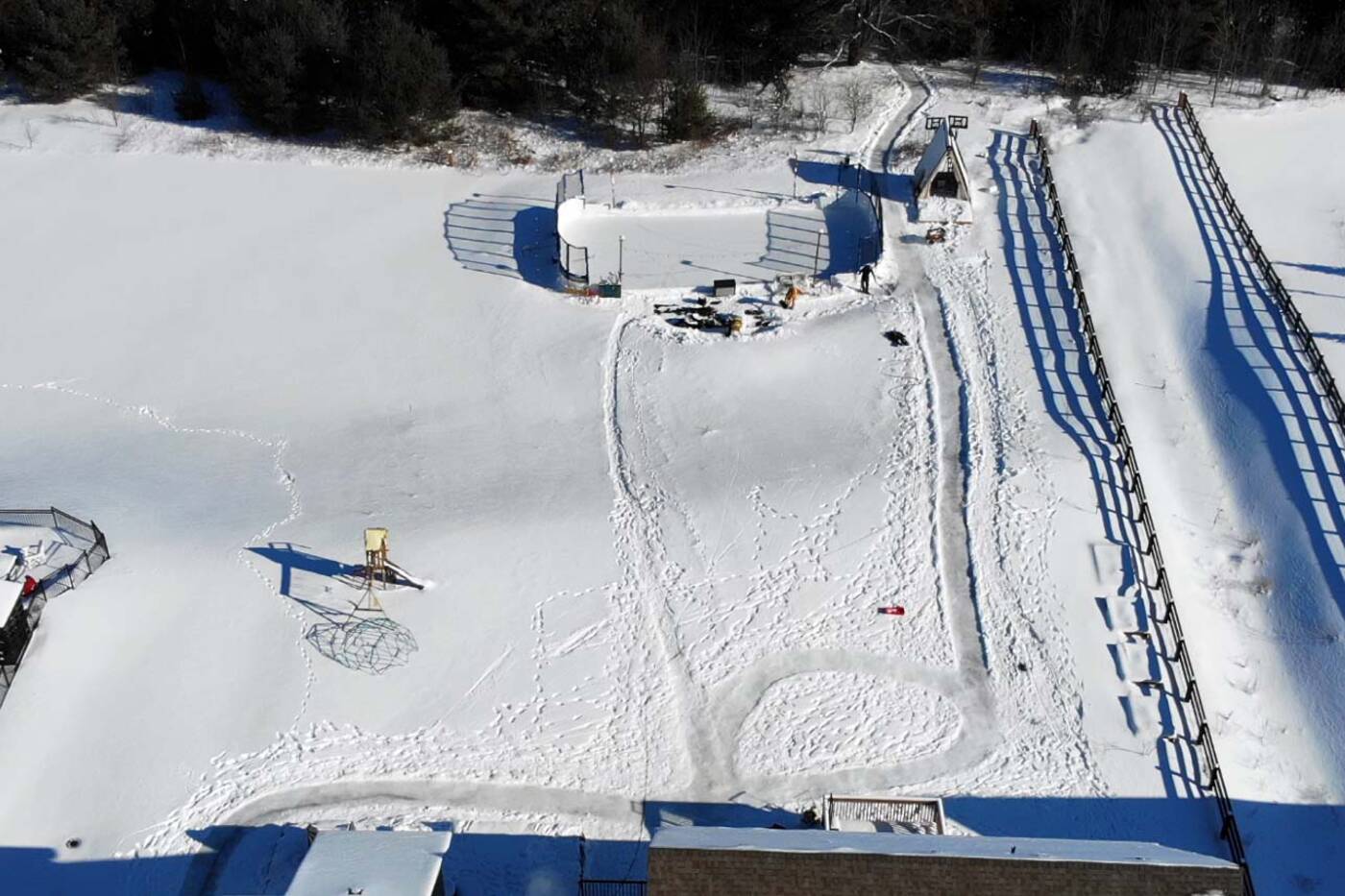 A drone view of the trail.

There was one hill on the trail, however, which might be a bit too scary for Mason right now.

"I made it a little intimidating — the downhill portion," he says. "Maybe it's a little scary"

But Mason and his friends ended up sliding down that portion and skating on the lower parts of the trail.

"He loved the trail and his friends all thought it was awesome," said Rupke.

The family and friends plan to get a lot of use out of the trail over the rest of the winter.

Rupke's daughter Olivia, 4, is just starting out in Timbits hockey, but his four-month-old baby, Briar, is a bit too young to skate just yet.