This is what outdoor gyms look like in Toronto right now

Outdoor gyms in Toronto have taken to the city's parking lots with everything from stationary bikes to battle ropes now that al fresco group workouts are allowed in Ontario.

As of yesterday, gyms and fitness facilities have been given the green light to start conducting classes outside after months of closure.

Programs with a maximum of 10 people at a time are now permitted under Ontario's revised grey lockdown. Outdoor personal training is also allowed. 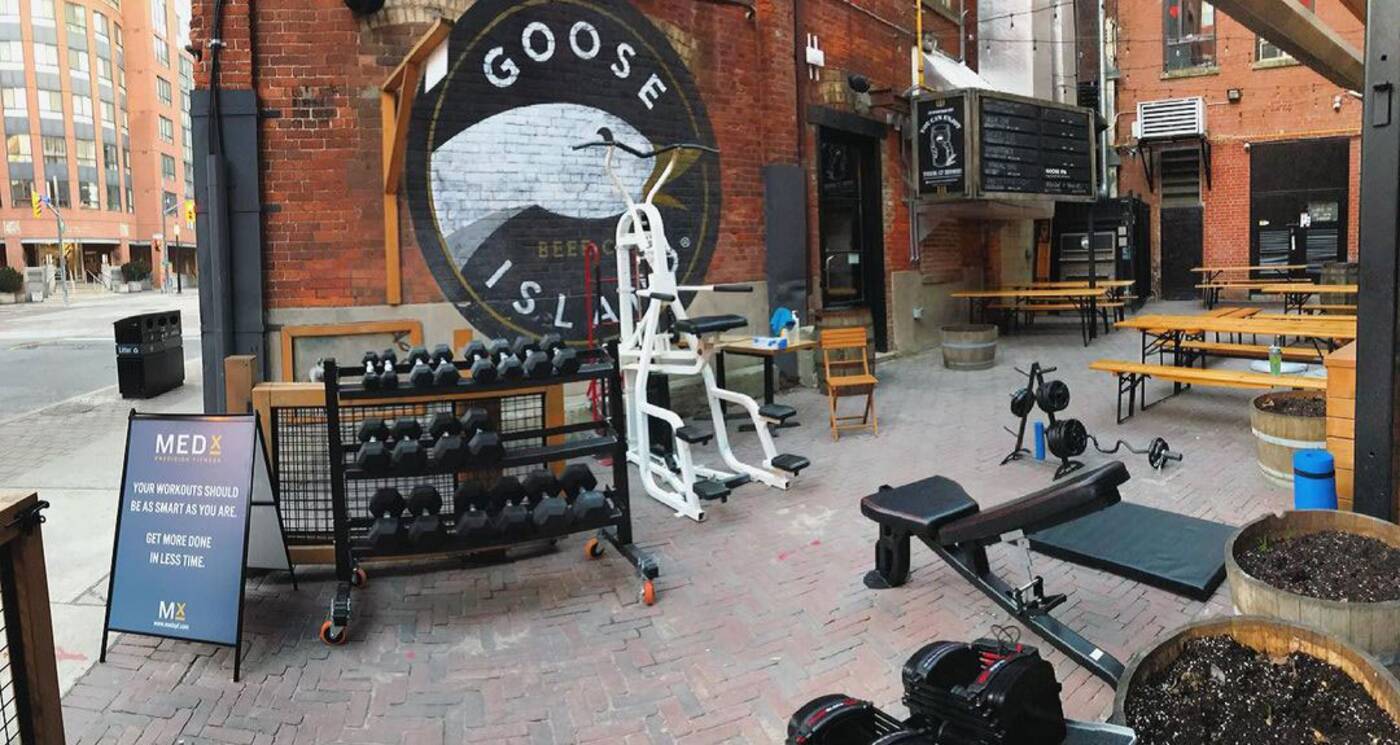 Gyms with parking lots attached are in luck: Yesterday saw a number of trainers hit the concrete with their equipment in tow, marking the first time in months that gyms were allowed to run classes in person.

But other facilties have had to branch out, like MedX Precision Fitness on Church Street.

Without an outdoor space of its own, the gym has figured out an arrangement with neighbouring tap room Goose Island, taking over the restaurant's patio with classes every morning from 7 a.m. to 11:30 a.m., before Goose Island opens to customers.

"It's not perfect, but it's something to be excited about as we (hopefully) get closer to reopening our indoor facility," said the gym in its opening announcement.

F45's locations in Stockyards and Leslieville took to their ample parking lots to run their first outdoor bootcamps Monday. Benches, dumbbells, barbells, resistance bands and rowing machines were all out for the brand's usual circuit class.

Social distancing is in effect and equipment is sanitized during class break periods. Masks worn during workouts are optional.

"The reception has been really positive," he says. "A lot of people who were on the fence or not sure, they’ve reached out to have their memberships flipped back on."

Murji says he and his business partner have invested about $4,000 to ready their gym for outdoor classes. That includes dollies to move heavy equipment and a 30ft x 10ft weather-proof tent that's on the way.

It's not an easy process for the trainers, Murji says, but the team is mostly just happy to have clients again.

Virtual classes, which F45 is still operating, only made up about 10 per cent of what revenue used to be. Plus, it has been difficult competing with larger online workout brands like Peleton.

Fuel Training has three locations, two of which have parking lots for their Track and Fuel outdoor classes. The gym is also looking at bringing classes to outdoor spaces like Riverdale Park, the Regent Park Athletic Grounds and Etobicoke Collegiate.

They'll need permits from the city for those; they cost about $24 to $45 an hour, and there are no refunds, meaning Fuel Training pays even if bad weather cancels the class. 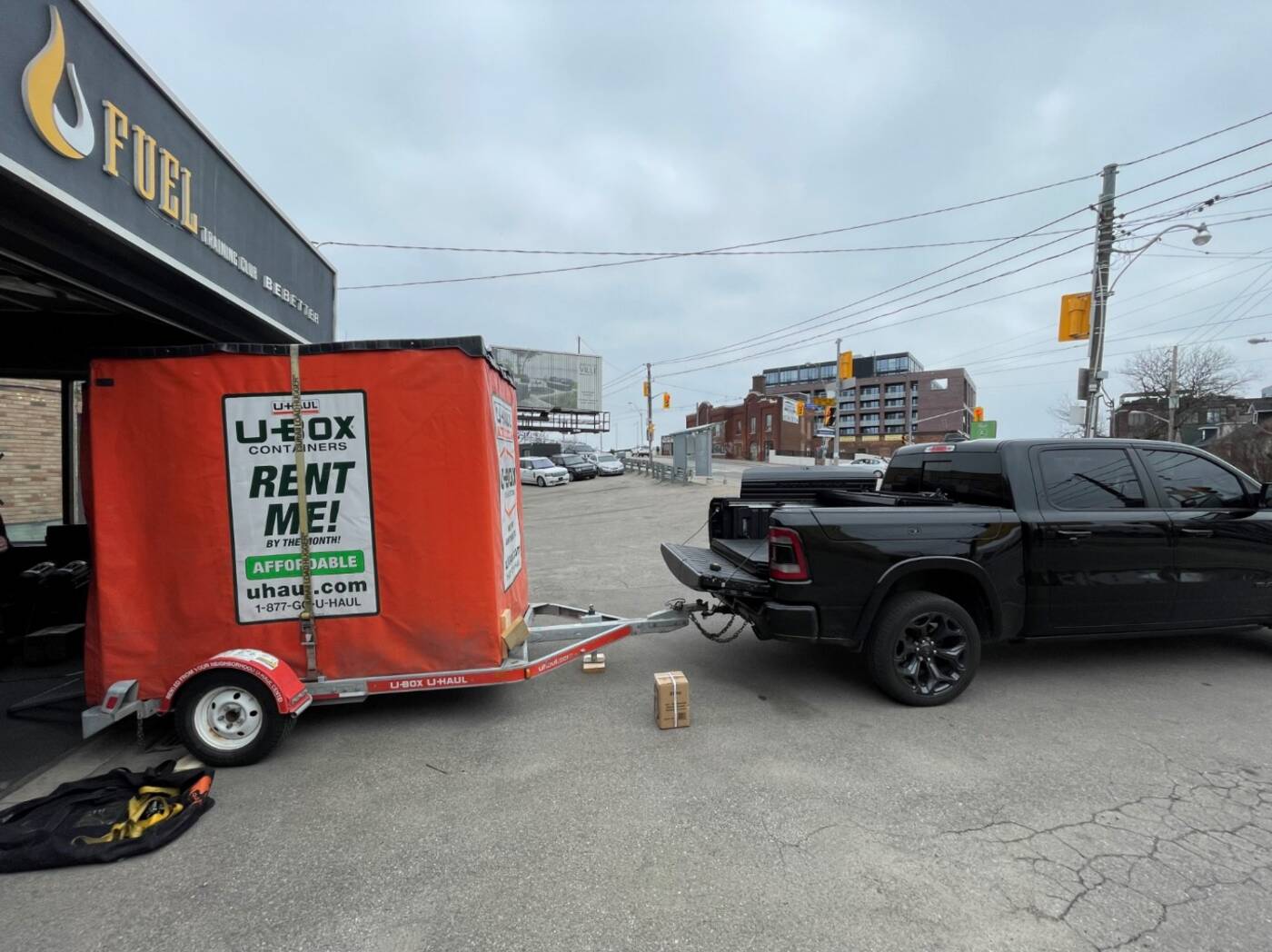 "It's not a sustainable model," says Fuel Training owner Greg Hetherington. "But what it does do is it keeps our community engaged."

To get around, Hetherington has also rented an eight-foot-tall trailer to lug skiers, rowers, air bikes and slam balls. He says he's practiced how to load and unload the equipment within five minutes.

"We're just trying to navigate the city so we can find a number of useable spaces," he says. "This wasn't one of our core competencies before, so [we're] definitely figuring out how this works."