Steve Hulford spent the pandemic swimming Lake Ontario with not even winter temperatures being a deterrent, but he never expected to hit 200 kilometres.

The former competitive swimmer started the open water swims back in April with his daughter Kate, who aspires to make a Canadian or U.S. University swim team, after public pools across the city closed due to COVID-19. 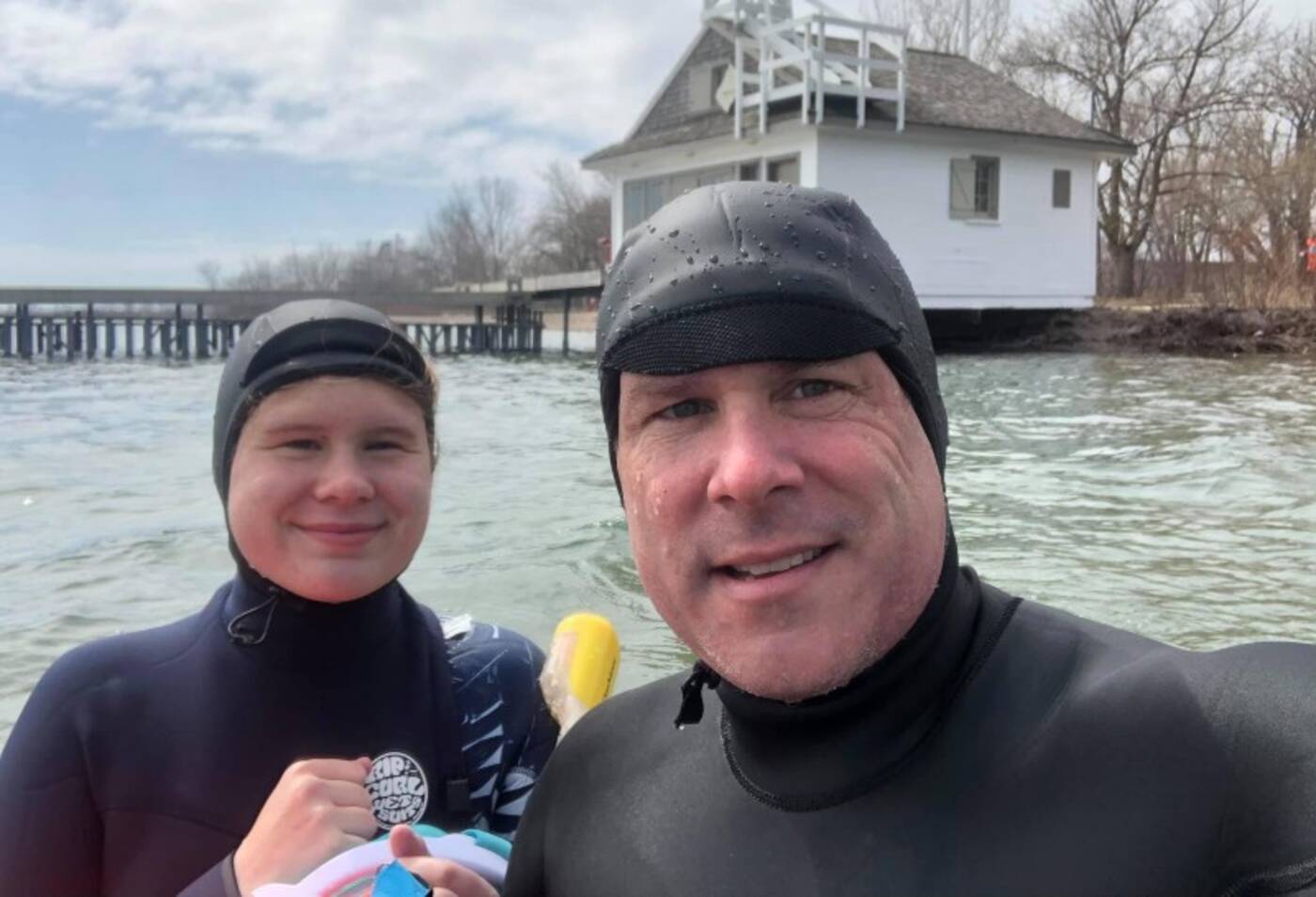 Steve and Kate Hulford after their first swim of the year back in April.

They swam 150 kilometres together and had other Toronto swimmers joining in by the time pools reopened in the summer.

Now nine months later, Hulford has surpassed 200 kilometres and he hasn't stopped his weekly two-kilometre swims even now that winter temperatures are upon us.

"I swam six to eight times in December. Once you get past the ice, you're OK," Hulford told blogTO.

"I'm going to keep counting kilometres in 2021, I want to do another 200 (kilometres), and explore a shipwreck in Bowmanville." 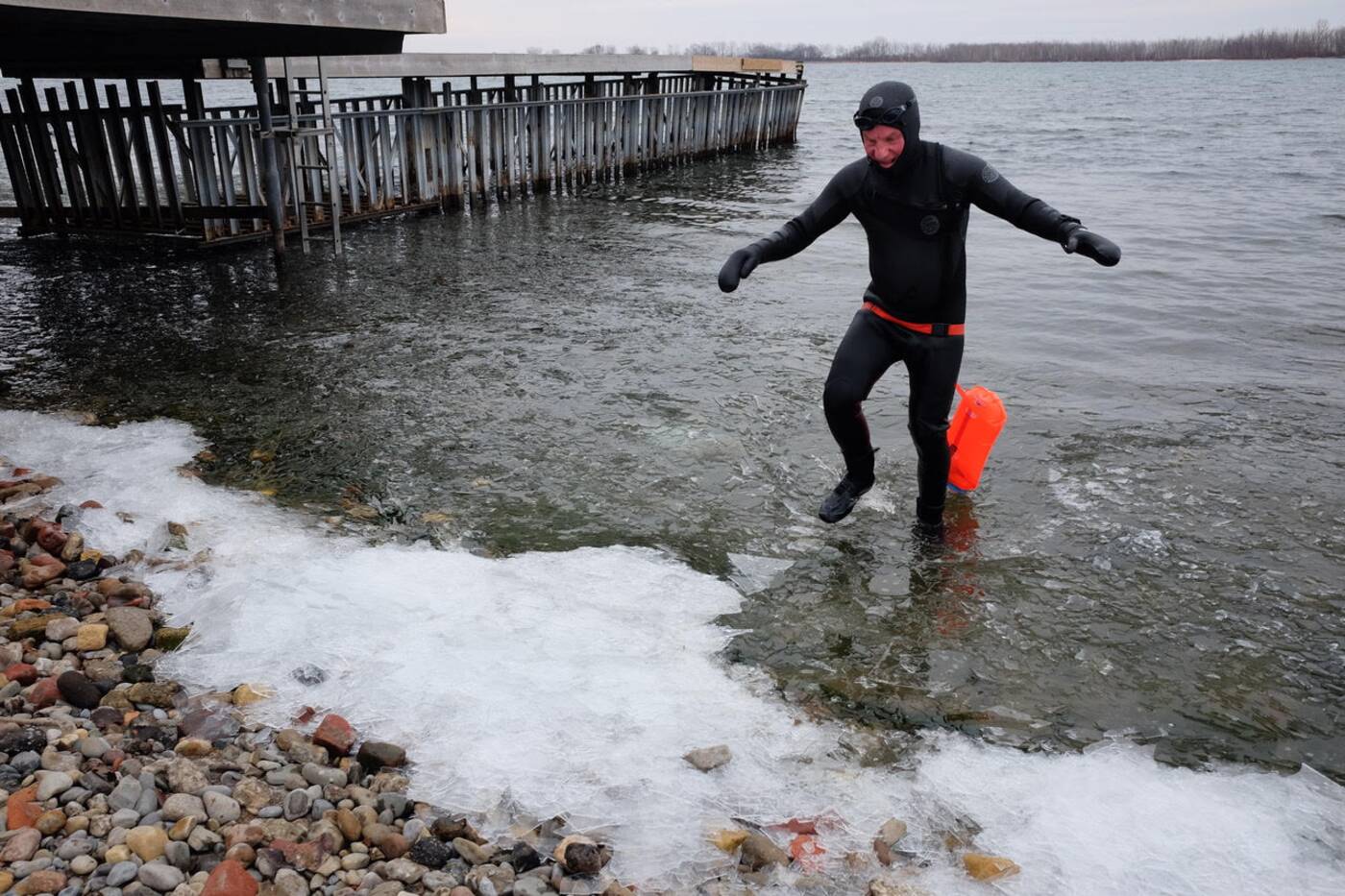 Fellow swimmer Mark Gilbert getting out of the water after a swim at Cherry Beach on New Year's Day.

Kate still joins too and says the lowest temperatures they swam in was 1C on New Year's Day.

For these types of temperatures, the swimming duo comes prepared in a 4mm wetsuit, hood, mitts, boots, thermal socks, and full face mask, as well as an inflatable buoy around the waist so that they're visible to boats.

The safety of the Lake is something Hulford has had a lot of time to think about and wants to contribute to. 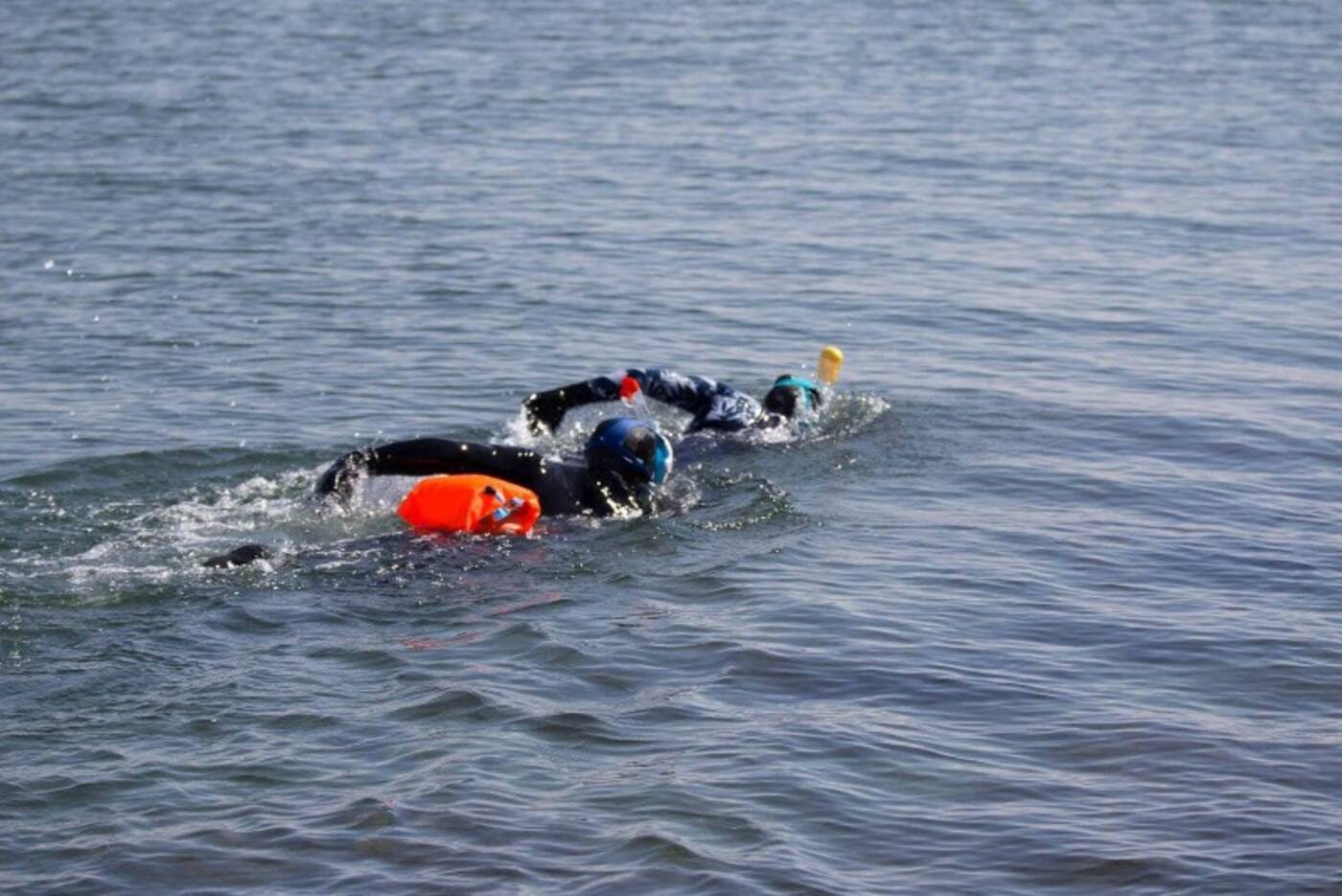 Steve and Kate Hulford swimming at Ward's Island in April 2020 in their cold water gear setup.

Noting Sunnyside Beach's Breakwall as one of the most picturesque spots in the Lake in the cold water months, Hulford's looking forward to exploring its depths even more.

"I have to say to people that drive past the Lake and just see a dark ominous lake, or that grew up in fear of swimming in it. Lake Ontario is beautiful," he says.

"We're lucky to have it, and our city looks beautiful along its shoreline when you look at it through goggles. And more and more are swimming in it."