It's almost impossible to find home gym equipment in Toronto these days, but one Toronto resident is turning the dumbbell demand into a full-fledged side hustle by making his own irons from scratch.

Head to the classified ads on Facebook Marketplace and you'll see hundreds of listings for weight plates, kettle bells, and other used gym gear.

But Matt McKinney's rugged-looking "prison weights", as he likes to call them, stand out because he makes his own. 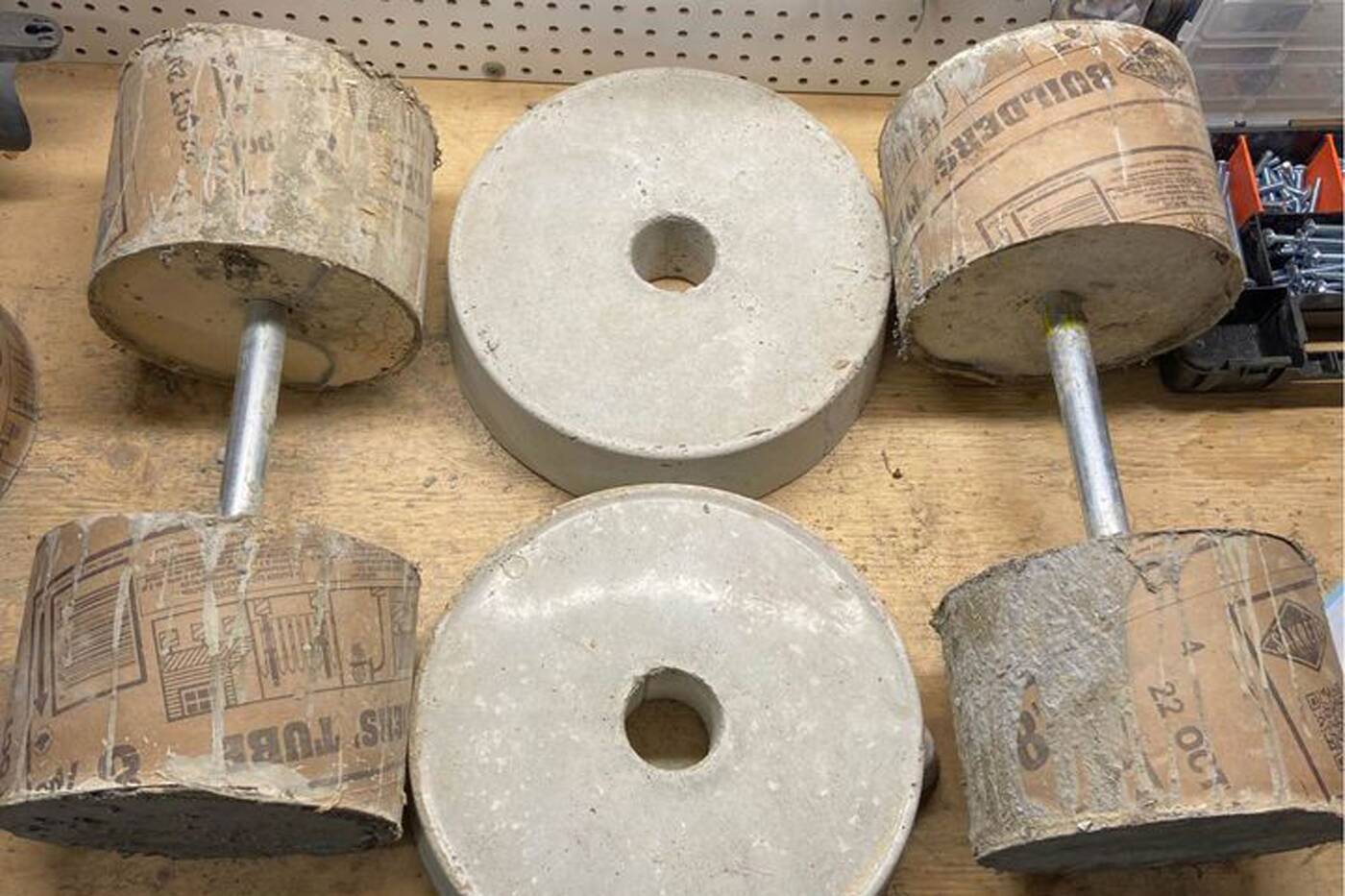 Scarborough Bluffs resident Matt McKinney is selling his own DIY weights on Facebook.

Around 7 p.m. every day, after his job at a U.S.-based IT recruitment company, McKinney puts his kids to bed and heads to his garage to work on orders for weight plates, dumbbells, and kettle bells available in different sizes.

Selling at $1/lb, McKinney's DIY deeze machines are made using a concrete mix with fibers mixed in. The heavier ones have rebar in the middle. Plates have builders tubes and PVC pipes. Each piece takes about 3-4 days to complete. 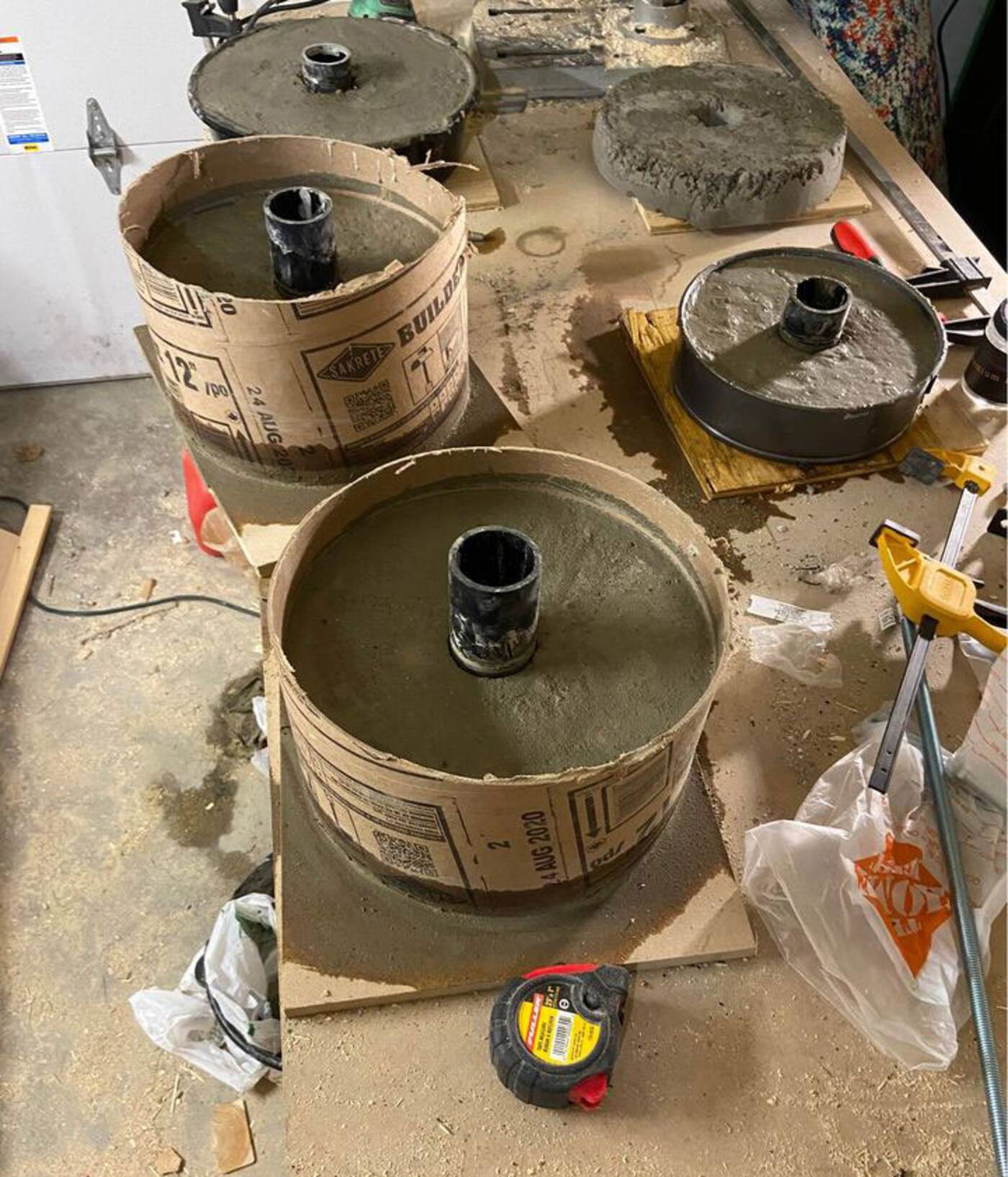 The 33-year-old sells his weights and dumbbells out his own garage.

Since starting his project in November, McKinney says he's made over 5,000 lbs-worth of weights for customers online.

"The demand is crazy, especially with people charging $3/lb for the metal version, and you can get the same function out of my ‘prison weights’ for way less," he says.

People who order his weights through Marketplace typically pick them up straight from his garage in Scarborough Bluffs, though he does sometimes do delivery for large orders. 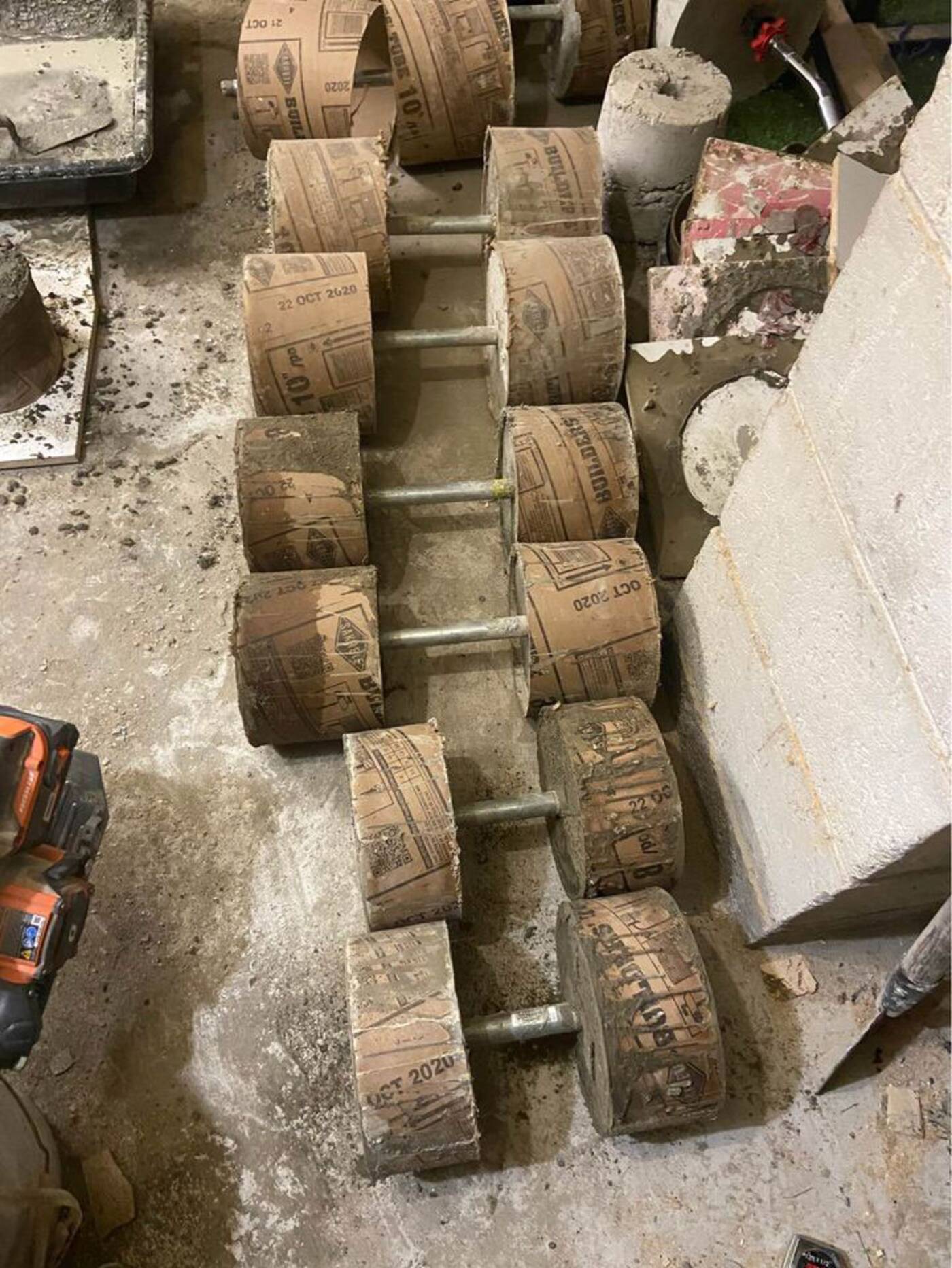 Weights go for $1 per pound, and customers pick them up from McKinney's garage.

McKinney says he has no construction experience, apart from one woodworking class as a kid. DIY videos, experimentation, and a knack for making stuff (in the summer, he sold more than 50 DIY cornhole sets on Marketplace) keeps him in the garage.

"As a kid I use to make/sell things like duct-tape wallets, sports cards and whatever else was trending, so my parents were not surprised to hear about my new hobby," he says.

McKinney now has a new Instagram account which features his new projects. He plans to make some epoxy resin tables next, when gyms eventually re-open and Toronto's demand for dumbbells dies down once more.