One of the most-iconic pieces of Toronto's skyline — The Rogers Centre — is reportedly set to be torn down and replaced with a newer, smaller version of itself. And maybe also condos.

An explosive piece published by the Globe and Mail Friday morning reveals that Rogers Communications Inc., which purchased the old SkyDome in 2004, is planning to demolish the entire facility and "construct a new stadium as part of a downtown Toronto redevelopment."

The goal is to keep the Toronto Blue Jays (also owned by Rogers) in their longtime home, though unnamed sources told The Globe that the telcom is considering building "a new stadium on a lakefront site" if this reno project falls through.

Rogers and Brookfield Asset Management Inc. have reportedly been working with city, provincial and federal government officials for years on a plan to replace The Rogers Centre with a monster development that would include residential towers, office buildings, retail stores and public space. 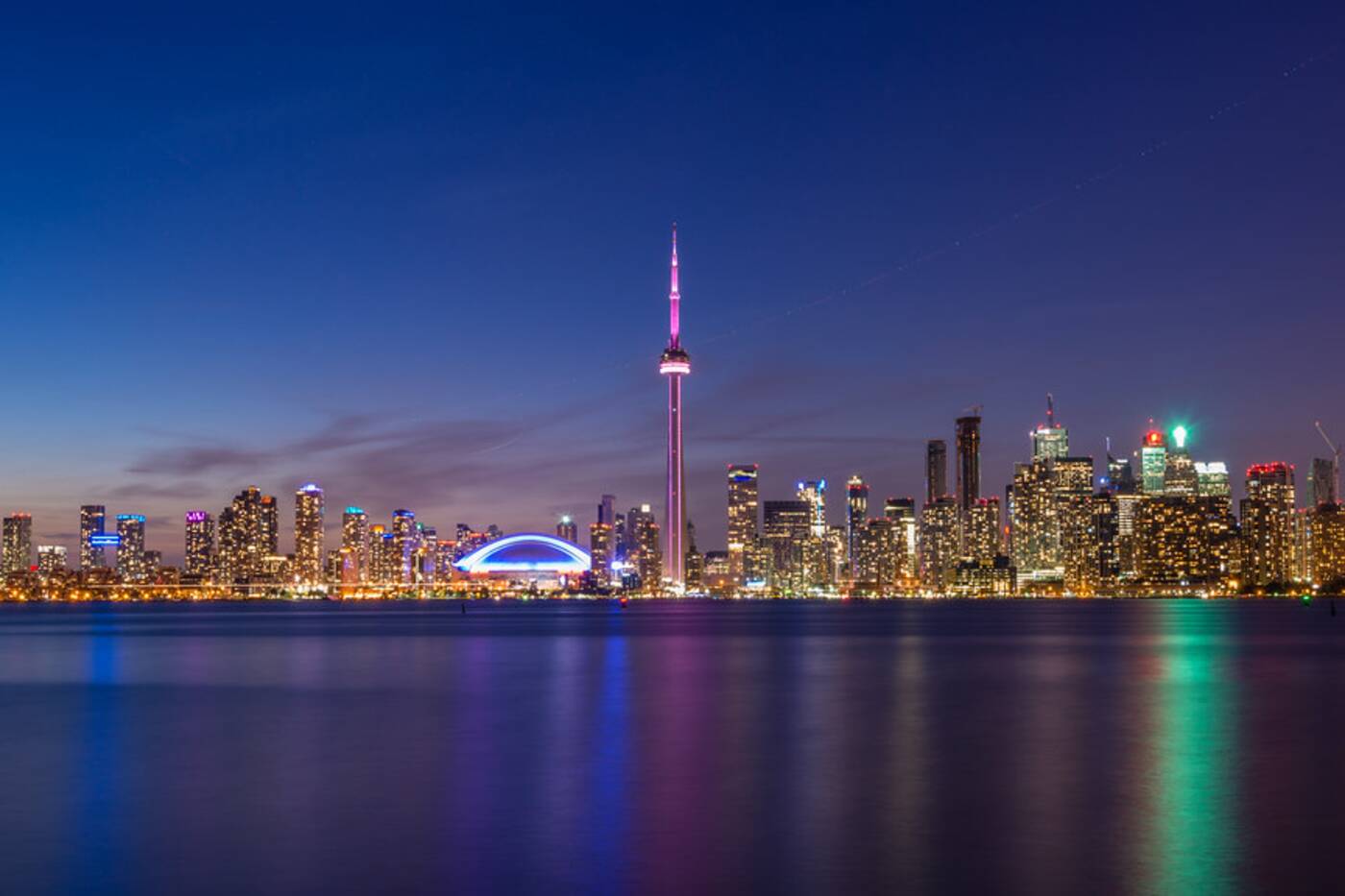 The glowing Rogers Centre is one of Toronto's most-recognizable nightime skyline buildings. Photo by Empty Quarter.

Built in 1989 at a cost of roughly $570 million, the SkyDome was the first-ever MLB stadium with a fully retractable roof. It's been the Rogers Centre for more than 15 years now, but many in the city still affectionately refer to it by its original name.

It also happens to be one of the only remaining parks in Major League Baseball which uses artificial turf instead of real grass.

According to the Globe, Rogers and its partners want to remedy this by building "a new, baseball-focused stadium on the foundations of the southern end of the current facility and adjacent parking lots" while turning the northern portion of the 12.7-acre site into a full on, mixed-use mega-development.

The companies behind the development will announce their plans publicly sometime in 2021, according to the Globe and Mail's sources.

"For Rogers, turning a stadium into condos and other developments would allow the company to cash in on a lucrative investment, while creating a better experience for baseball fans," reads the report.

"Rebuilding the stadium is expected to play out over five to eight years."