Toronto cyclist draws giant moose across the city with his bike

With group bike rides out of the picture right now due COVID-19, social cyclists have been forced to get creative with how they maintain their often tight-knit communities.

Some people are getting into Peleton or joining group-spinning classes on Zoom.

Others, like Canadian cyclist Mason Zeinali, are getting out into their cities for activities that, while performed at a physical distance from others, still foster a strong sense of connection... and sometimes result in massive map murals.

In Zeinali's case, a seven hour and nineteen-minute-long bike ride along 101.4 km of Toronto's streets and trails produced what some are now calling the most-Canadian piece of Strava art ever. 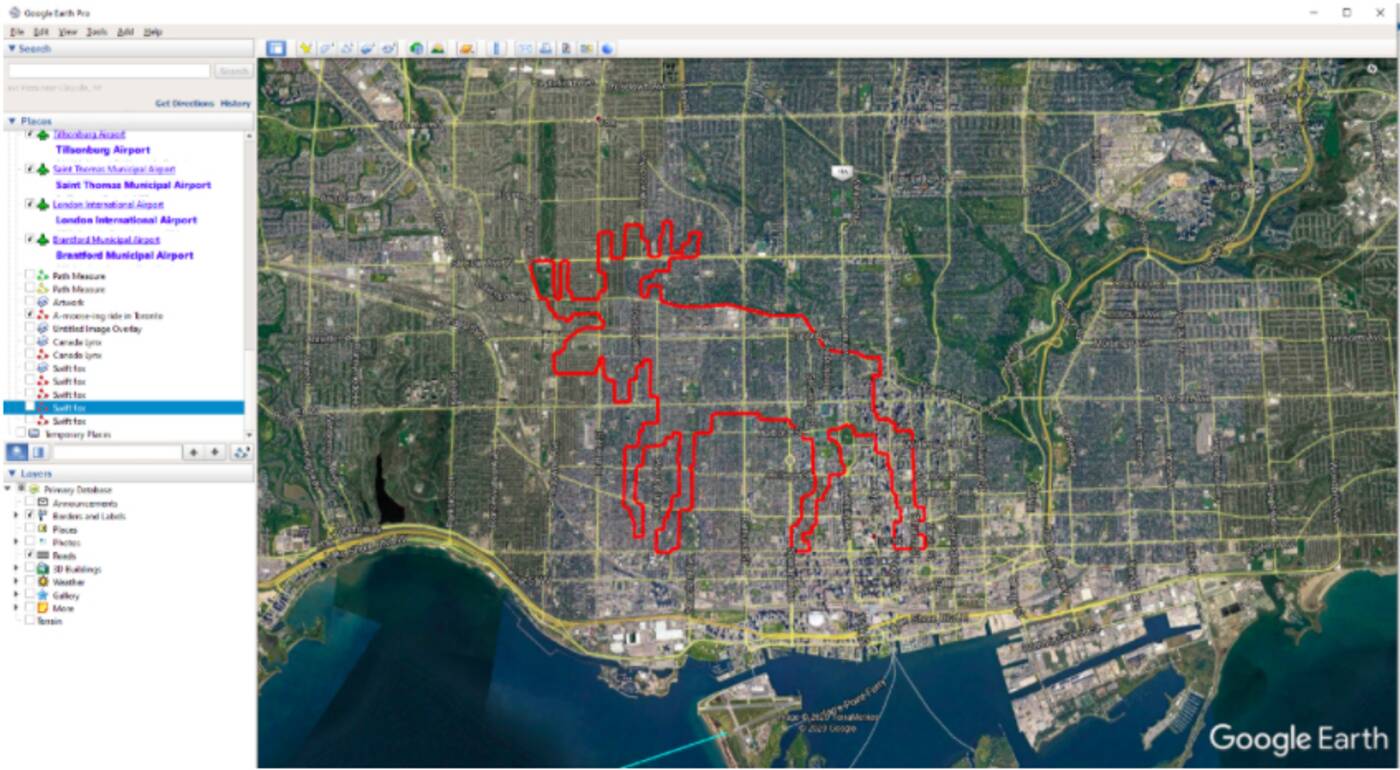 Strava, for the uninitiated (read: me, 20 minutes ago), is an app that effectively uses someone's GPS data to "draw" the running or cycling routes they take, for posterity's sake.

It can be fun to look back and see where you cycled, for how long and at what altitudes, but users have come up with an even better, often much funnier use for the 11-year-old app in recent years: making art.

Some self-proclaimed "GPS artists" sketch out designs freehand (er, wheel) every day to share within Strava's own social network, while some clearly plan out every turn and stride in order to create specific pictures as viewed on a map.

The University of Toronto Road Racing Club recently held its own Strava art contest as a way to keep members engaged during this unprecedented school year. 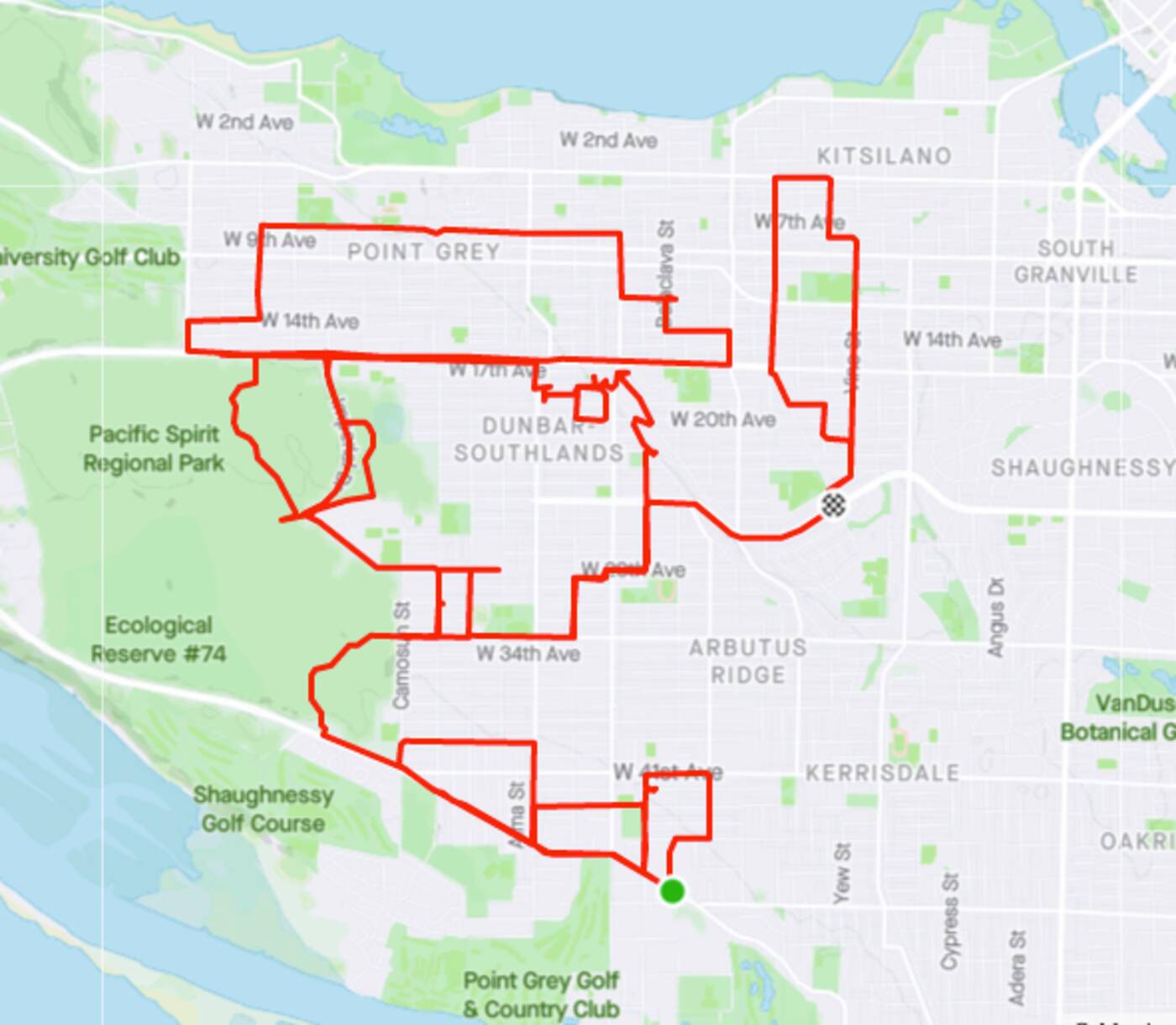 The author of this piece, drawn by a U of T student in Vancouver, says his phone ran out of battery life midway through the ride. Image via University of Toronto Road Racing Club.

"We still don't think it's responsible to host any group rides due to COVID-19 (and the Ontario Cycling Association still hasn't lifted restrictions on sanctioned group rides), but the club executive is planning some virtual events to help you all continue developing as cyclists in the meantime," wrote the group on Facebook in September.

Then, with a September 28 deadline in place, the club announced its Strava art contest, available to the entire community: "Show off your creative side and create some art while you ride!"

Two winners were chosen by "an expert panel of cyclists and artists" and announced on October 8: Zeinali's huge moose and Truman Hung's rendition of Sherlock Holmes.

The two U of T cyclists won new biking caps, but also much acclaim from the Strava community and beyond. The moose in particular has been praised for its scope, scale and accuracy.

Had no idea I rode on the back of a moose today #BikeTO artwork https://t.co/74B4ruFYrw

Zeinali told the many fans of his work on Strava that he both started and finished the moose ride on September 27 in Toronto's iconic Yonge-Dundas Square.

The back of the animal is one single street (Davenport) and it passes through U of T's campus twice. The moose itself was 44km-long and Zeinali added an additional 57km along the Waterfront as a signature.

When asked by other Strava users which was more difficult — planning the route or riding it — Zeinali said that planning took longer because "matching a complex design with streets is not as easy as it seems at first!"

The cyclist / artist joked about the attention his work was recieving, writing "Only in Canada!" and promising to make more big art in the future.