The swarm of beach-goers to Sauble Beach over the weekend resulted in some locals taking to South Bruce Peninsula’s Mayor Janice Jackson’s Facebook to air their grievances about out-of-town beach-goers and racism.

The locals claimed those not adhering to COVID-19 guidelines on the beach were from out of town.

John Smith, a part-time South Bruce Peninsula resident, wonders how locals are exactly determining who is from outside of the area in a municipality of 66,000 residents. 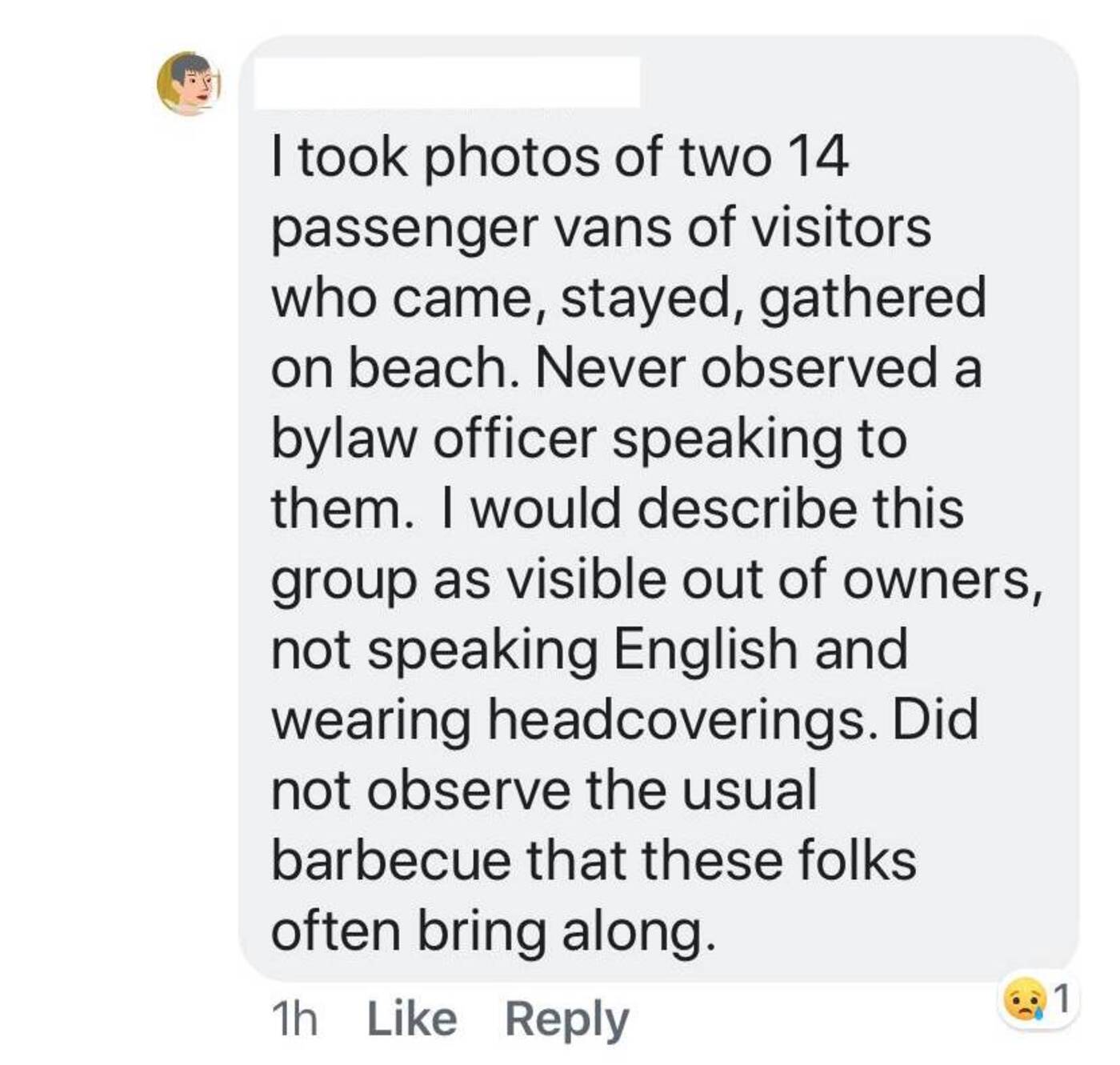 This message was posted to a local Facebook group in Bruce County.

Since Smith and his family live at Sauble Beach on and off throughout the year, he’d be considered a “cottager” or “tourist” by local standards – though these titles haven’t really caused trouble for them.

“Why? Because I’m white, more or less. Sadly, I’ve had the luxury of not worrying too much about it and because of that I've let it slide for too long.”

With the more recent circumstances spurring a shocking amount of hate, Smith says enough is enough.

“When can we as a society admit to, and deal with the fact that much of the fear of tourists up on the Bruce Peninsula is in a large part blatant racism? Shouldn’t [the Town Council] speak out against this?” he said. 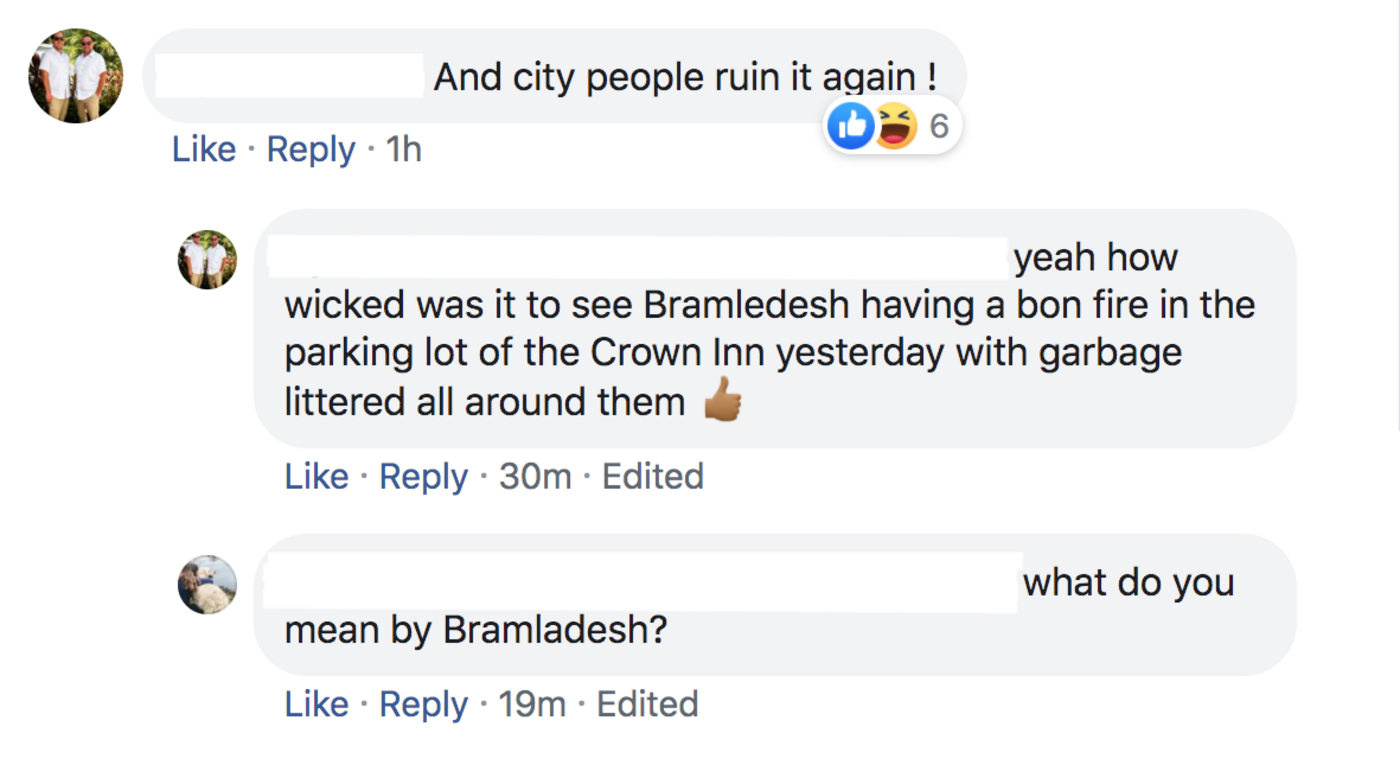 “You’d think so. Instead, the racist assumptions being spouted on Facebook appear to be driving SBP Council policy, with continued beach shutdowns based on complaints from ‘locals’ about the actions of ‘outsiders.’”

Over 91 tickets were handed out over the past weekend by the beach’s security company, James Special Services, which Mayor Jackson claimed were mostly given to rowdy out-of-towners from Toronto, Brampton, and the GTA.

The owner of the private security company, Andrew James, answered questions in a town council meeting on June 22 where it was concluded that these tickets resulted in a “racism issue.”

An excerpt taken from the council meeting's brief reads: “There is global unrest because of the pandemic and racism. These things are present in Town now. Over the past week he has two officers swarmed when they asked people to get into the water, this turned into a racism issue.” 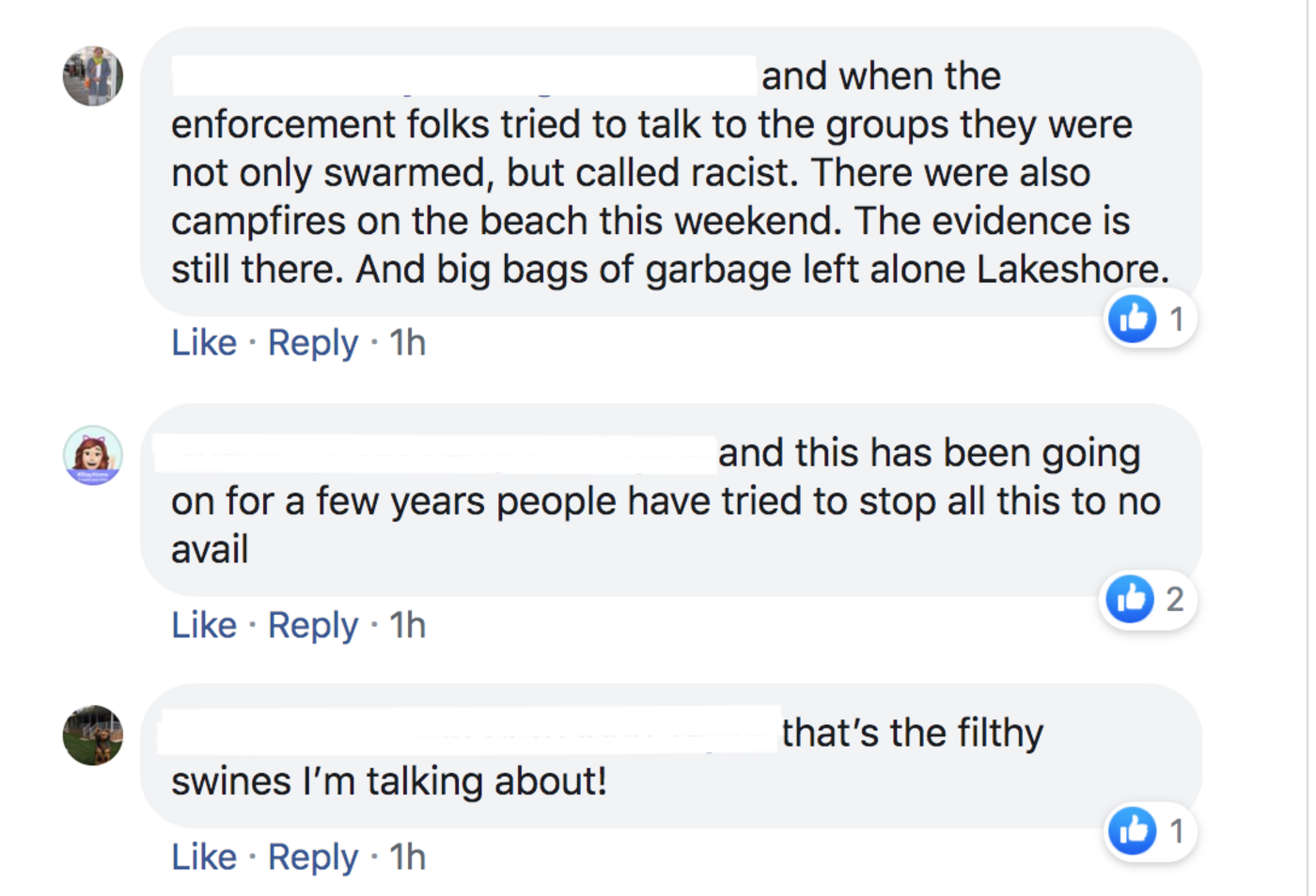 Though the mayor’s Facebook has been a platform for the blatantly racist sentiment from angry locals more recently, the questionable and discriminatory language used on the page goes back much further.

Prejudice toward the Saugeen First Nation, which the South Bruce municipality has been in a land claim battle with over Sauble Beach for the past 30 years, has been sitting online for over a year now. 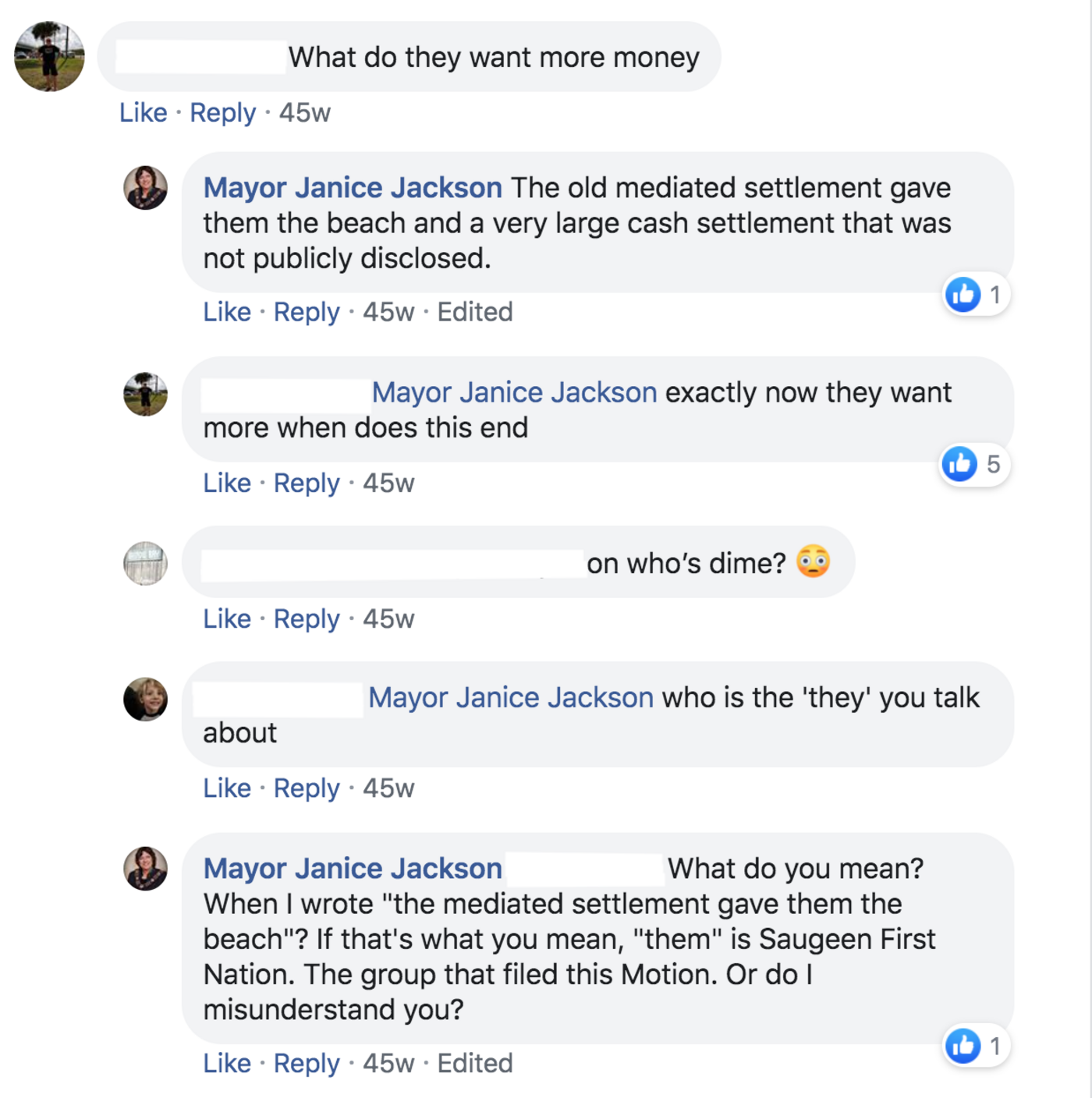 The previous municipal officials helped negotiate a mediated settlement in 2014 with the Saugeen. However, newly-elected Mayor Jackson rejected the settlement offer that same year. Then earlier this year, she said the dispute over a 2.4-kilometre stretch of beach likely won't be heard in 2020.

Many community members have shown their gratitude to Mayor Jackson on her Facebook while targeting hate speech at the Saugeen First Nation.

blogTO didn't receive a response after reaching out to Mayor Jackson this week via email, requesting comment.

Editor's Note" Due to the sensitive subject matter covered in this article, the resident quoted has requested to remain anonymous. John Smith is a pseudonym.