Camping on Crown land in Ontario often gets overlooked by people who prefer to wild it out in the many provincial parks scattered across the south of the province.

But unlike recreational park camping, pitching tents on Crown land —which is legally owned by either the Federal or Provincial government — is free of charge for Canadian residents.

Due to the pandemic, the Province has extended its ban of recreational camping, including on Crown land, until May 31 at least.

When the restrictions are eventually reversed, most Canadians will be rushing to celebrate post-pandemic life outdoors. Provincial parks will likely be packed, so why not try camping on Crown land instead?

There's plenty of it: Crown land makes up a whopping 77 per cent of the province's land mass, covering 39 million hectares of land and water, mostly in the less inhabited lands of central and northern Ontario. 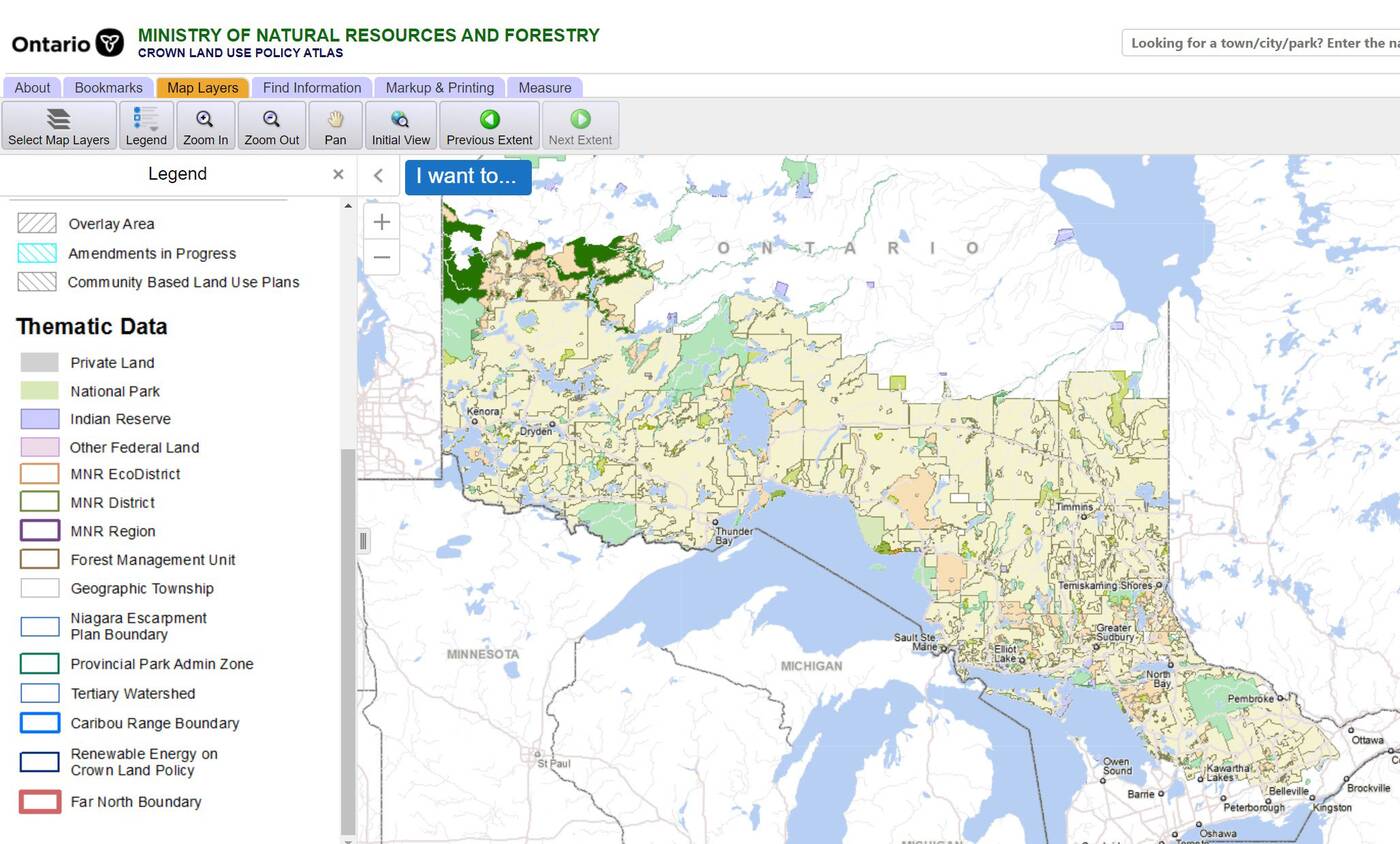 An online atlas provided by the Province identifies Crown land in central and northern Ontario. Photo via Ministry of Natural Resources and Forestry.

To identify suitable camping grounds, you can use the online atlas provided by the Ministry of Natural Resources and Forestry, which oversees Crown land.

Use the atlas legend to map out which areas are for general use. Most of Crown land starts north of Lake Simcoe due to the density of privately owned land to the south.

As with any outdoor activity involving potential risk and injuries, rookies should always be accompanied with more experienced campers, and preparation is key.

There are no facilities offered on Crown land, and keeping the sites as clean as possible is of utmost importance. Make sure to follow the 'leave no trace' camping guidelines to protect the land.

The best part about camping on Crown land is that, if you're a resident of Canada, it's typically free for up to 21 days, when you really want to escape off the grid.