Toronto just got its own version of Monopoly

At long last, anyone can buy property in downtown Toronto without some old money connex.

For just under 30 actual Canadian dollars, you can own the ability to purchase such landmarks as the CN Tower, the Rogers Centre and Casa Loma with thousands of fake, otherwise worthless dollars.

Available now for a limited time at select Walmart Canada locations within Toronto, the game is essentially, well, Monopoly, but with Toronto-themed board spaces, cards and streets. 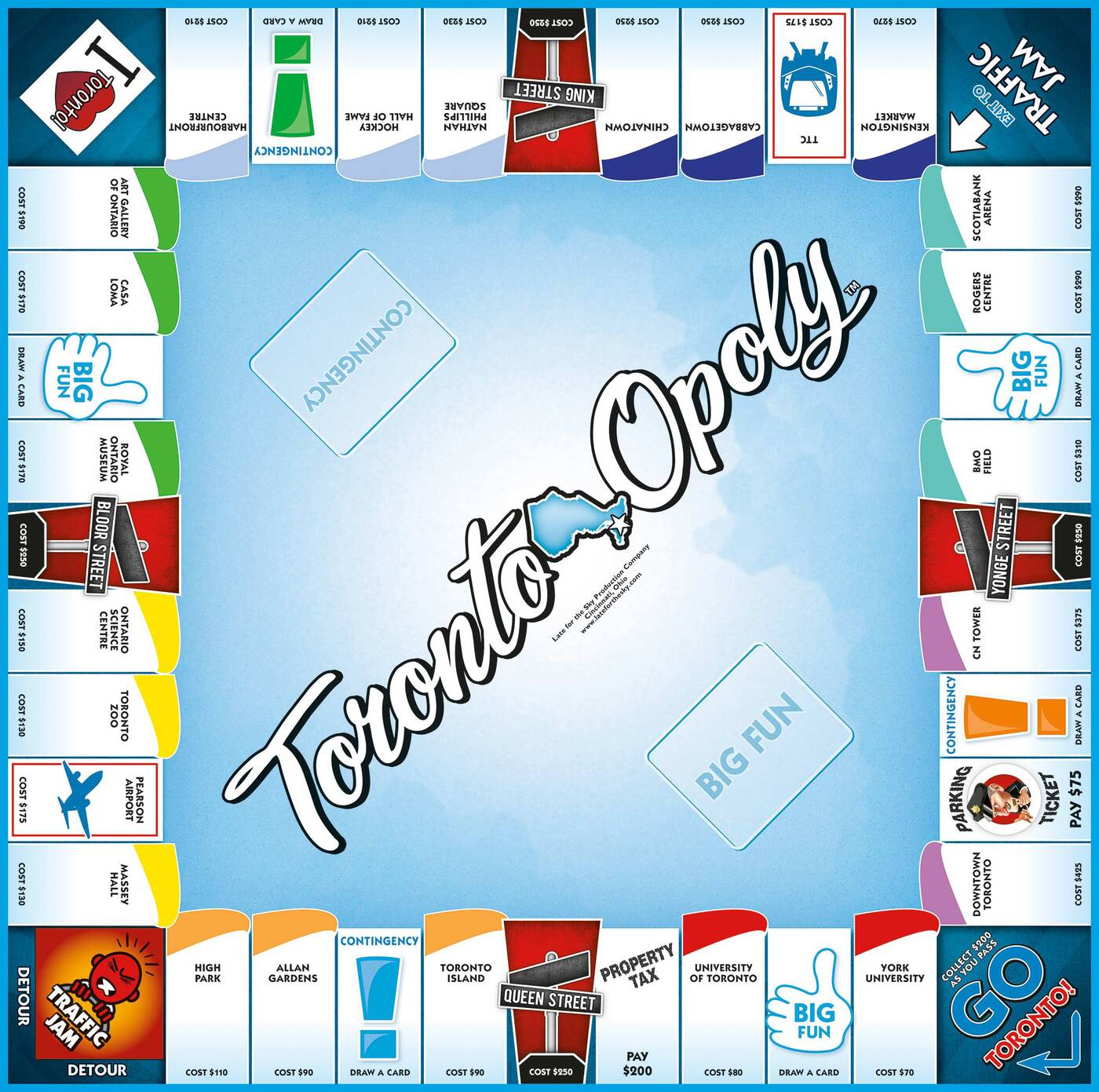 You can own the Toronto Zoo for just $130 in Toronto-Opoly. Image via Outset Media.

The dreaded "jail" in the classic Parker Brothers version of the game is replaced by a "traffic jam" space, for example. "Free Parking" is replaced by an "I heart Toronto" postcard and a thumbs up symbol with the words "BIG FUN" stand in for the original community chest.

While distributed by a Canadian company called Outset Media, the game was actually produced in Ohio by Late for the Sky, a firm that specializes in making custom Monopoly games.

This may explain why things feel a bit... off, in some regards — like Allen Gardens costing more than the University of Toronto, and BMO Field being worth more than all of Chinatown. 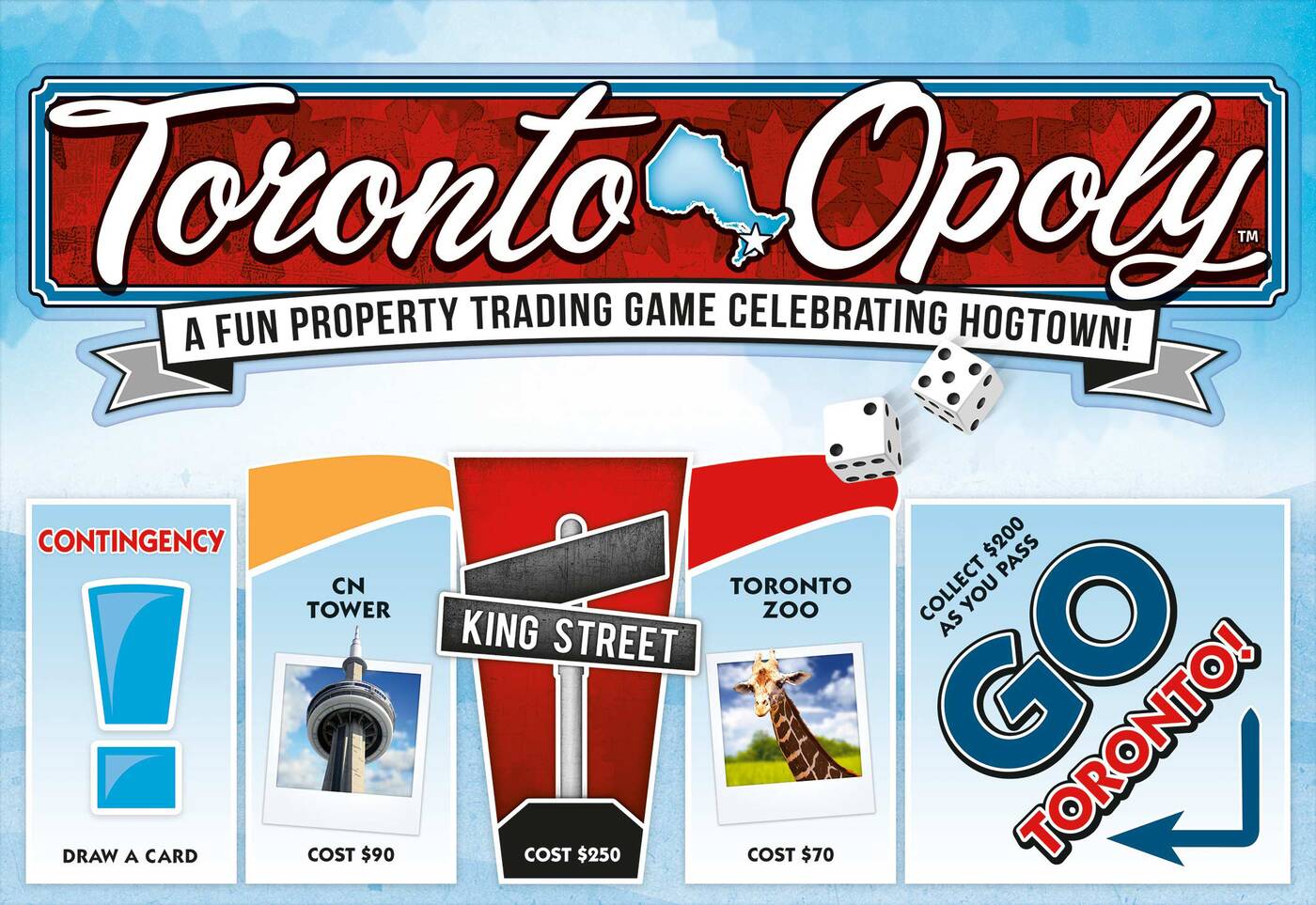 The board pieces aren't Toronto-specific, either. There are no cute pewter raccoons or CN Towers to speak of. Rather, you can play as a hand, a smile, a heart, a dog, a pretzel or a shoe.

And yet, despite the fact that you can buy Pearson Airport for just $175, parking tickets remain realistically high (you know, if you don't pay them right away) at $75 a pop.

Toronto-Opoly is available now at the following GTA Walmart locations: