As the whole city sits on the edge of their seats waiting to hear if Kawhi Leonard is staying Toronto, large crowds have gathered at The Hazelton Hotel in Yorkville awaiting his arrival. 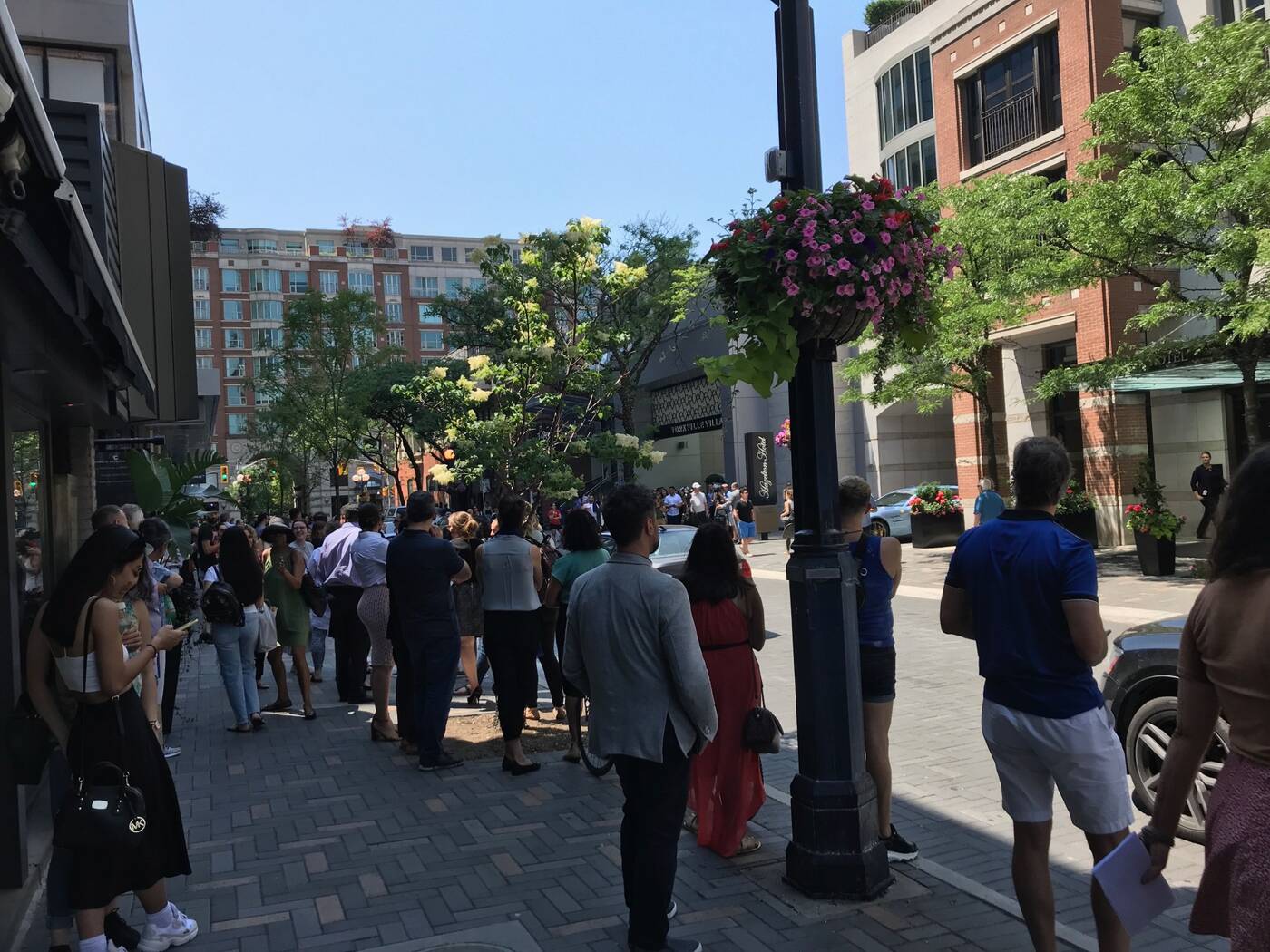 Many believe that's where he'll be meeting with Raptors President Masai Ujiri and General Manager Bobby Webster, and it seems fans just can't stay away.

The crowd just keeps on growing.

There's huge crowds outside the Hazelton Hotel in #Toronto where it's believed #KawhiLeonard is about to meet with #Raptors president #MasaiUjiri and GM #BobbyWebster 🏀 #WeTheNorth #KawhiWatch - 📹 Madison Wagman pic.twitter.com/3TMr7IpLo4

This didn't start with the hotel. In fact, Toronto has been watching Leonard since he landed on Canadian soil in the MLSE jet earlier today.

Kawhi has touched down in Toronto pic.twitter.com/Mcu6YYs4NU

Leonard has apparently said that he wants to be left alone throughout this process, so some are worried all this attention will impact his decision.

It was reported less than 24 Hours ago that Kawhi would like “total silence” throughout this process. People out in Toronto literally stalking this man right now.

For everyone's sake and sanity, let's hope he makes the (right) decision soon.