One of Toronto's biggest waterfront parks is getting a makeover

If you've ever travelled to the westernmost part of Toronto's Martin Goodman Trail, I don't need to tell you how incredible the views of our city's skyline are from Humber Bay.

But just beyond that big white bridge, where the popular waterfront cycling and foot path technically ends, lies a half-hidden paradise where the views get even better.

It's called Humber Bay Park, and I apologize in advance to all the locals who've kept this gem a relative secret over the past few decades—though it was only a matter of time before it went full-on recreation destination. 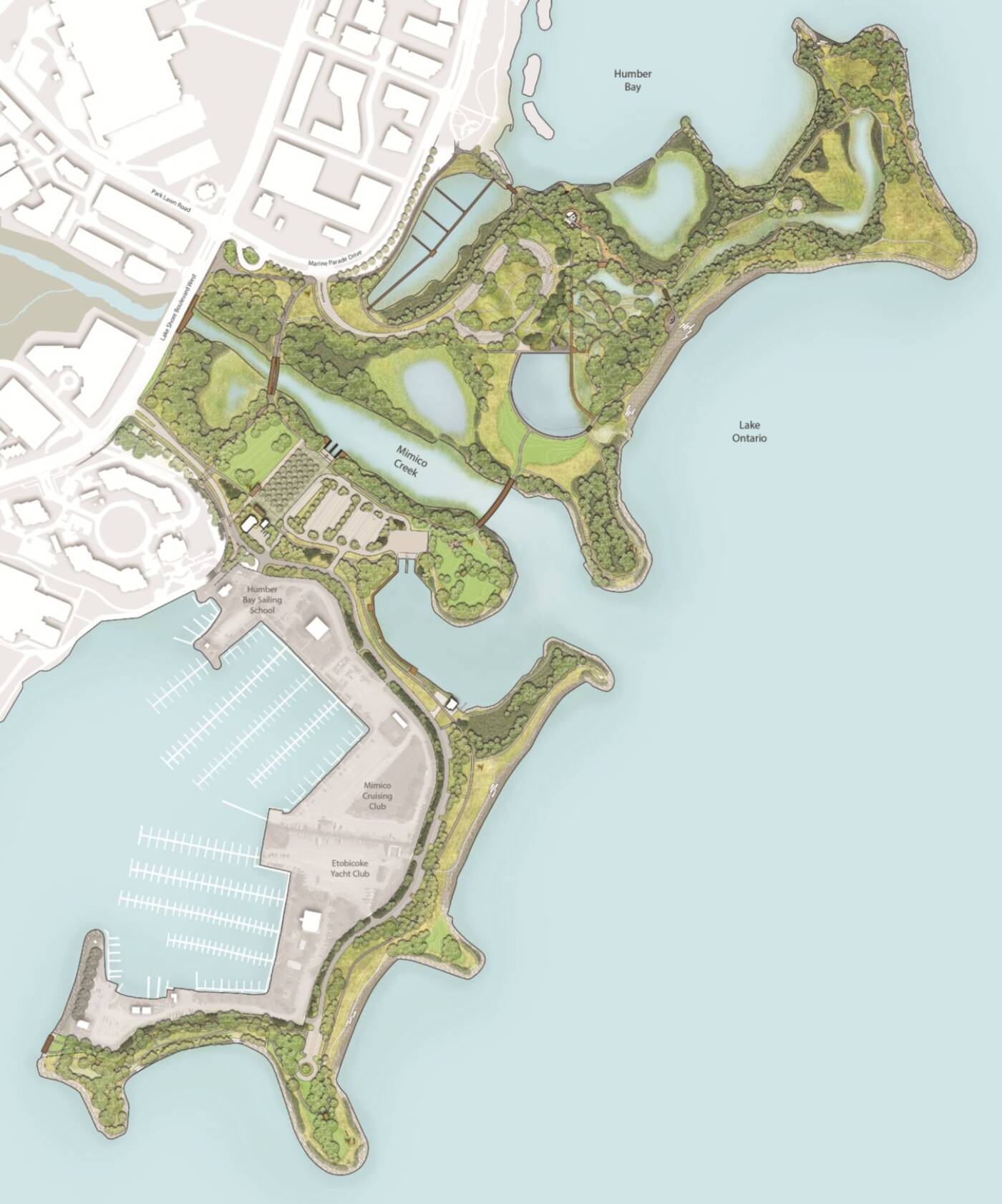 A master plan of the park. Image from the City of Toronto.

The City of Toronto, in partnership with the Toronto Region Conservation Authority (TRCA) just released a highly detailed, 148-page-long "Master Plan" for the future of Humber Bay Park.

Prepared by the award-winning Toronto-based design firm DTAH, the plan strives to both establish a strong vision for the 43-hectare park moving forward and to put a protective framework in place for the area's natural environment.

"As a result of the increasing density in the Mimico Neighbourhood and in the immediate vicinity of the Park during the past 5-10 years, the Park is under new pressure to accommodate larger numbers of visitors," writes DTAH of the project.

"The aging park infrastructure, combined with increased use has resulted in significant signs of wear and tear, deterioration and decay." 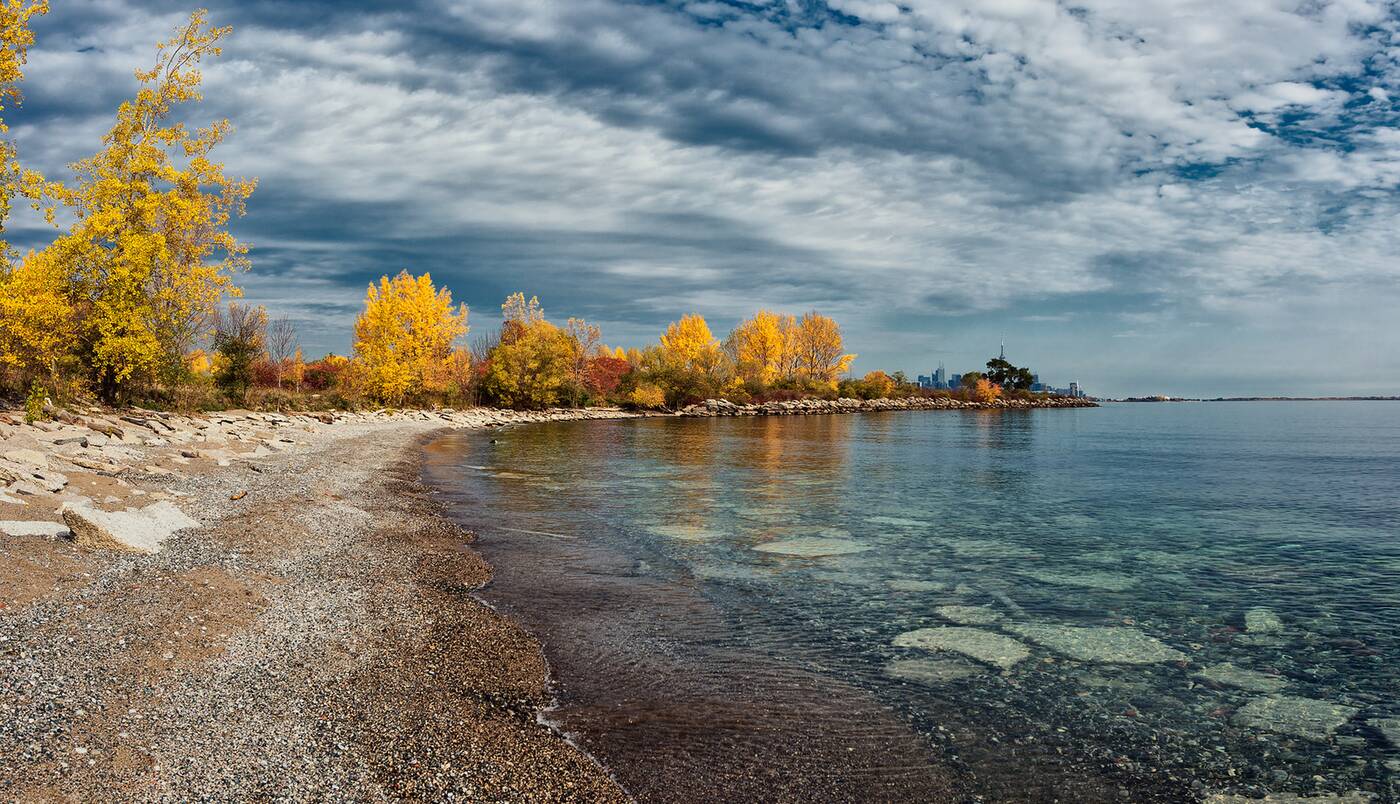 The shores of Humber Bay Park as seen in November of 2016. Photo by Randy Barba.

Some people prefer a more rustic look to the outdoor spaces they frequent, but it's important to note that Humber Bay Park isn't exactly natural (though it is now consider a "naturalized" green space that plays host to many migrating birds every year.)

Created in 1984, the man-made park is split into two distinct sides by Mimico Creek. It features everything from fire pits and secluded coves to a memorial for the passengers of Air India Flight 182, who were killed as the result of a terrorist bombing afer leaving Toronto.

The land is owned by TRCA and operated by Toronto's department of Parks, Forestry & Recreation, both of which worked together with designers, advocates, community groups and residents for more than two years to come up with the newly-released Master Plan.

The plan aims to "establish distinctive character areas" within the park itself and features dozens of different improvements as part of the greater revitalization—too of them many to list here, but all of which you can see in the document itself.

Preliminary research found that most of the site's parking lots are predominantly used by workers from nearby construction sites and transit users leaving cars for the day. Better signage could change that. Image via DTAH.

Designers would also like to see the area's northernmost parking lot to be "redesigned as a gently sloping lawn with additional shade trees."

"The space will serve as a new green gateway, framing the market plaza while also organizing circulation and decreasing the amount of asphalt surface in the park," reads the master plan.

"The Market Green will provide a large casual seating and picnic area in the summer and can serve as a small toboggan hill during the winter months."

The gently-sloping Market Green will be designed as a gathering space for picnics and pond-viewing. Image via DTAH.

A strong emphasis is also placed on "lookout points" around the peninsulas.

This part of the plan is called "a journey of moments" and proposes the creation of "a comprehensive series of lookouts and observation decks throughout the park that will encourage a variety of levels of visual and physical perspectives within the park."

The lookouts will have views facing both into and out from the park itself, some facing mighty Lake Ontario and others facing Toronto's stunning skyline.

Each project contained within the Master Plan has been designated as either small, medium or large-scale. The latter likely won't come to fruition for some time yet, but some of the smaller projects are already funded and underway.

Now it's just a matter of waiting spring so we can all go outdoors again.