Someone totally destroyed a GoodLife gym in Toronto

Hell hath no fury like a lifter scorned at the Liberty Village GoodLife, it seems.

Video footage is circulating today of an irate (and very strong) woman going on a rampage of sorts through one of Toronto's busiest downtown gyms.

Three separate clips posted to Instagram on Monday show the gymgoer throwing free weights at a mirror, smashing a treadmill with a barbell, and arguing with a gaggle of increasingly agitated fitness bros before she is escorted out by staff.

When you're not summer body ready and it's already June!! (swipe left) #toronto

Toronto-based rapper Troy Joe was able to film parts of the incident, which took place on Sunday, as well as snap a photo of an obliterated window close to where the treadmill was destroyed.

"When you're not summer body ready and it's already June!" he joked in the caption of his post, noting in the comments that he had no idea what prompted the woman's actions.

"I made sure I was on my toes when she walked by!" Joe replied to one commenter who had hailed his bravery for recording the scene. "She wasn't playing around." 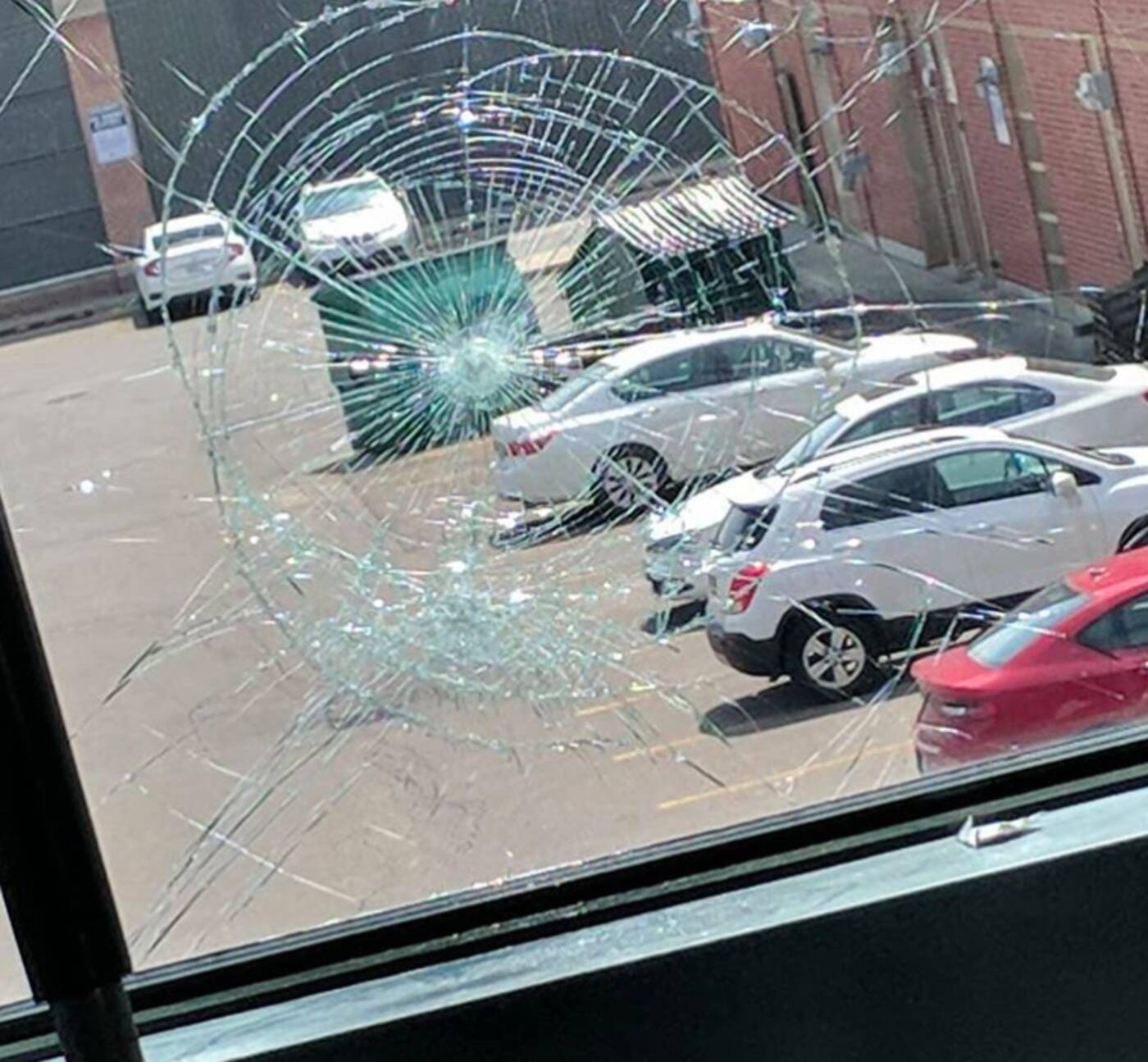 A GoodLife member who was working out at the time of the incident snapped this photo after a window was allegedly smashed. Image via Troy Joe.

The popular Instagram account Parkdale Life reposted a few of Joe's videos last night, writing "TO BE FAIR: It's Liberty Village GoodLife. And if you know you know."

Judging by the comments on that post (and my own seven years of experience going to that gym), it's easy to get miffed at the LV GoodLife. Too many steroids people, not enough space.

Still, the woman appears to have destroyed a significant amount of property at the gym, which is not very cool or even a little bit legal.

A Liberty Village GoodLife employee confirmed that the woman was arrested and taken away by police as a result of the incident on Sunday.

The reasons for her attack are yet unknown, though members who were present at the time suggested to the employee that she may have been suffering from mental health issues.