Australian rules football. Unless you’ve flipped through the sports channels after a big night out, you’ve probably never heard of it. Despite its relative obscurity, the game has quietly blossomed in Toronto — with the local league entering its 30th season.

With nine clubs across the province — including seven in the GTA — the Australian Football League of Ontario (AFL Ontario) has grown to become the largest league in the Western Hemisphere.

The sport, known colloquially as "footy," can be confusing to the uninitiated, but with elements from a range of sports Canadians have found they all bring different skills to the game.

Generally played with 36 people on the ground, on a field the size of two football pitches, opposing players — without pads or helmets for protection — run, kick and handpass (similar to an underarm volleyball serve) the oblong ball down the enormous pitch with the objective of kicking it between the middle two of four upright posts. Simple, right?

With the physicality of rugby and football, the running and foot skills of soccer and the 360-degree flow and high-scoring nature of basketball, new players can all bring a different perspective to the game.

Central Blues player Bruce Parker first picked up the sport in 1993 when the Mississauga Mustangs recruited him through a shopping mall display booth. 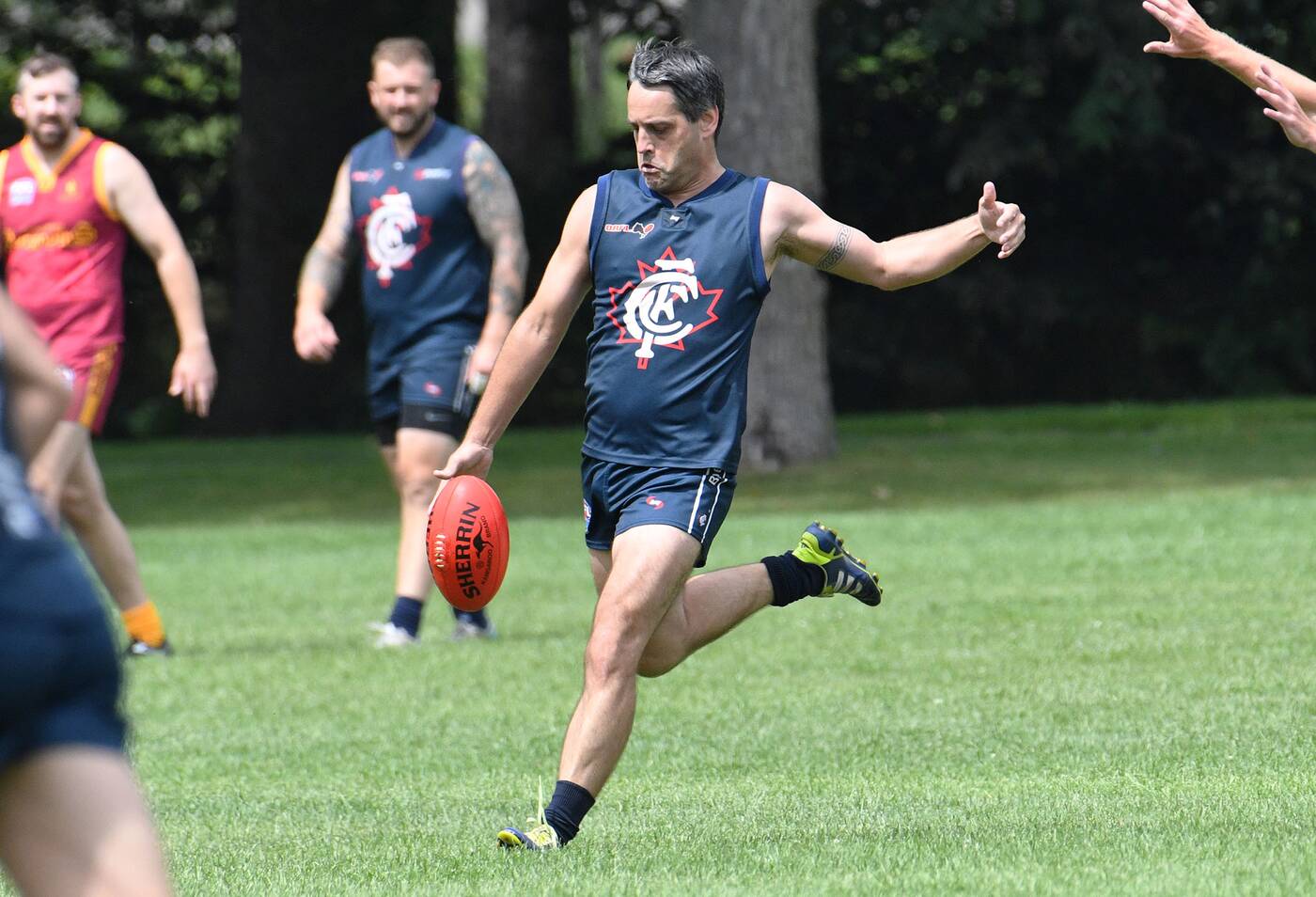 Players run, kick, pass and do a volleyball-like serve to get the ball down the field.

“It’s not rugby. It’s like soccer, but without offsides. You can catch the football and you can tackle your opponent,” Parker says.

“Fast-paced high scoring, everything you love about team sports all rolled into one game. It’s the culture, if done properly, of Australian sociability and camaraderie through sport that really appeals to Canadians like myself. That’s what keeps people playing.”

Despite the men in short shorts and tight singlets, or perhaps because of them, 18,571 people watched professional teams Collingwood and Hawthorn with quite a bit of confusion.

But the seeds for footy in Toronto were sown.

A group of expat Australians and their Canadian friends formed two teams — the Mississauga Mustangs and Toronto Panthers — which then played the first amateur match on Canadian soil, or anywhere in the Western Hemisphere.

A new league quickly sprouted and today is represented by men’s and women’s teams from Hamilton, Ottawa, Guelph and Kitchener-Waterloo, but most of the teams still come from Toronto.

Through most Saturdays over the summer, Toronto clubs play their home games at the purpose-built Australian football oval at Colonel Samuel Smith Park in Etobicoke, but the teams train throughout the city. 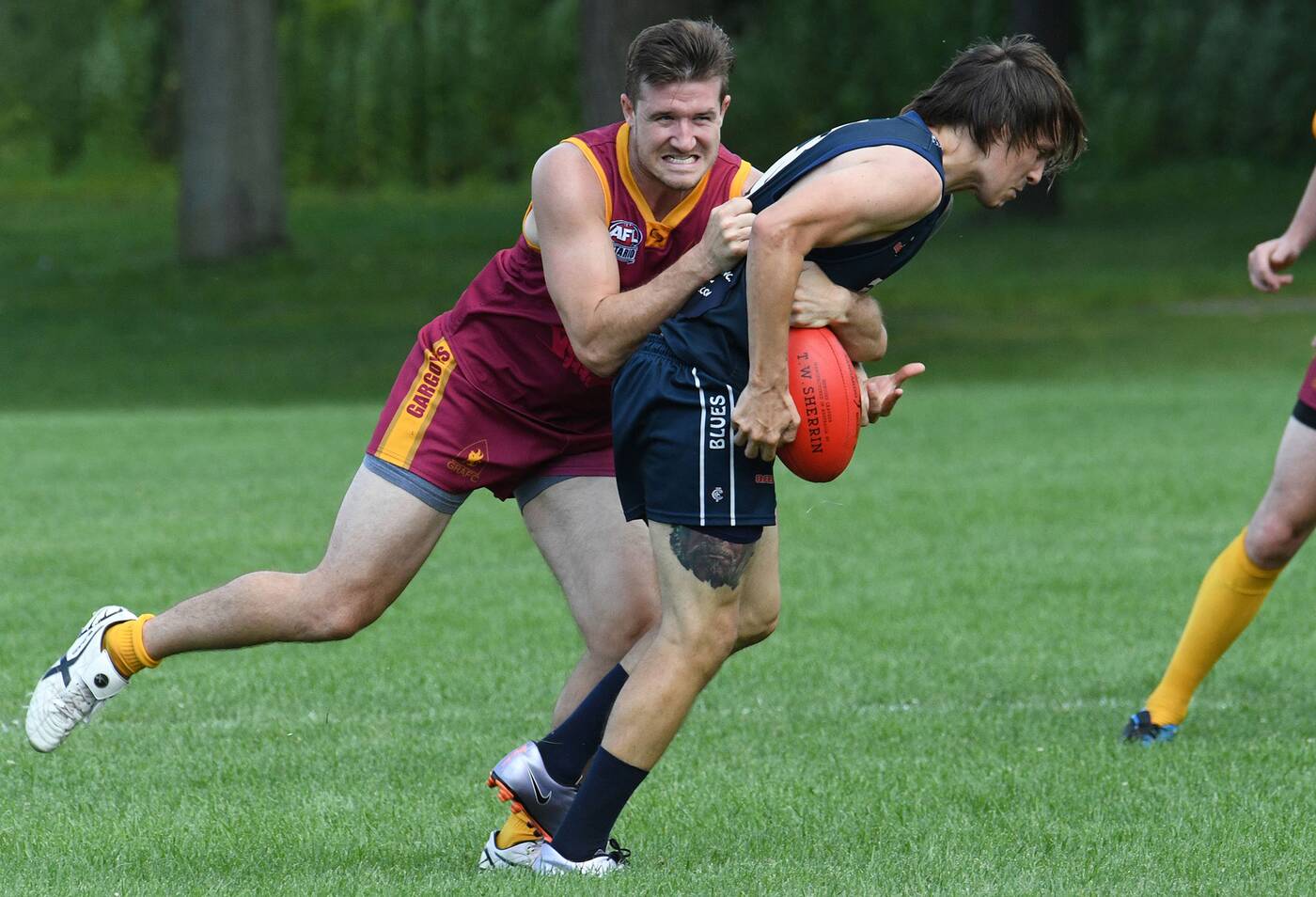 Parker says while there is a strong Australian expat presence, the players are mostly Canadian.

“We are always trying to recruit more Canadians,” Parker says. “They are the backbone of our clubs. Australians are a great source of knowledge, but at the end of the day they return to Australia."

The clubs are also open to all fitness and experience levels.

“The important thing is that you’re just willing to try something new," Parker says. "There are no try-outs. Just get in contact, rock up to a training session and join in the fun.”