The top 21 outdoor sports fields in Toronto by neighbourhood

Outdoor sports fields in Toronto play host to all the sports events that warm weather brings. If you’re trying to book a tournament, or just kick a ball around, spending some time on these sprawling turfs is a great way to have some fun in the sun.

Here are my picks for the top outdoor sports fields in Toronto by neighbourhood.

After falling victim to arson and suffering from some serious fire damage, Central Tech Stadium is back in action. One of the newer sports domes in the city, it opens up its roof at the beginning of May, with mini and full fields and an encircling track.

Sunnybrook Park is not only a massive park, but the ultimate destination for outdoorsy fitness. It contains a handful of public and bookable courts for everything from cricket to soccer to field hockey.

Half of Christie Pits is comprised of sports fields: here you’ll find three baseball diamonds—including the main ballpark, Dominico Field, which has bench seats for spectators—and a field for soccer, rugby or football.

With a seating capacity of 5,000, Monarch Park Stadium is one of the most popular spots for student-athlete games, summer camps and little leaguers in the city. Their four-lane track is available for indoor or outdoor runs depending on the season. 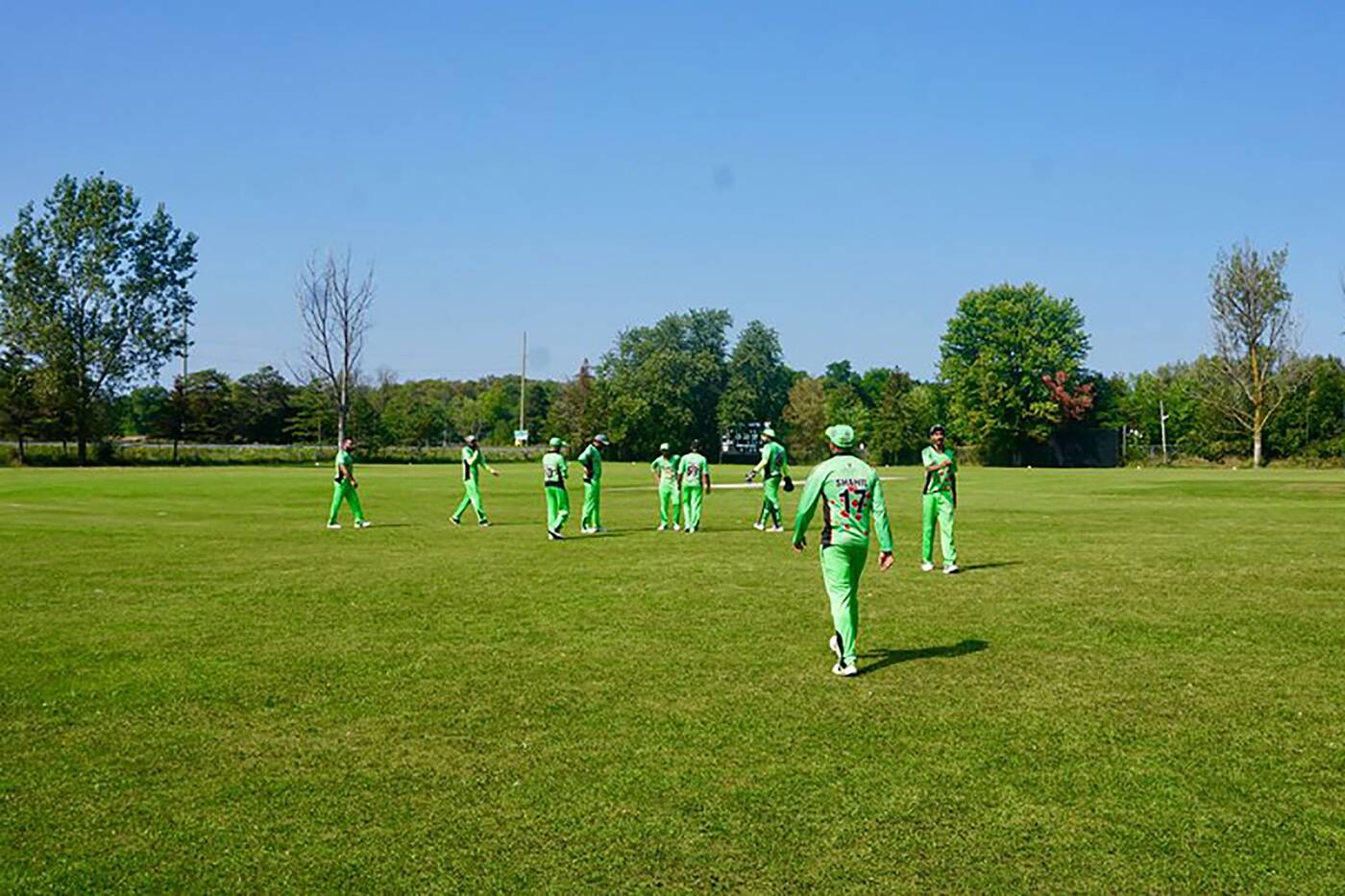 A nice break from the surrounding retail space, Caledonia Park has a diamond for baseball and softball, two cricket pitches and a multipurpose field. There’s a nice clear view of the skyline from here too, perfect for watching the sunset after your big win (or epic loss).

Canoe Landing is the go-to outdoor hang for the residents of CityPlace and other neighbouring condos. There are two multipurpose fields here that often host outdoor yoga sessions and impromptu picnics. If you're really just there to hang, there's also Tom Thompson's canoe to chill in.

With a super scenic sunset view of Toronto’s skyline, Riverdale Park East is a great space to spend the day. With two baseball diamonds and three sports fields, seven tennis courts, a running track and a picnic area for post-game snacks, you'll never run out of things to do.

Perhaps one of the most well-known sports getaways in the whole city, Centennial Park and its Etobicoke Olympium have played host to the Pan Am Games. For pro and amateur athletes alike you’ll find more than a dozen fields, plus an outdoor track and two cricket fields.

Go Green Cricket and Sports Field is part of the Go Green Youth Centre and is Canada’s first illuminated cricket field, decked out in outdoor LED sports lights. At hourly rates you can book their space, which includes two junior field for cricket or whichever sport you like.

Little Norway Park isn’t big but there’s enough here to keep everyone entertained, with one baseball diamond plus a playground and wading pool surrounded by gardens for kids.

The baseball diamond at Keelesdale Park comes equipped with lighting that's essential for nighttime games of catch. The park's had it rough lately—what with all the construction for the Crosstown LRT—but soon it'll have transit stopping right at its front door. 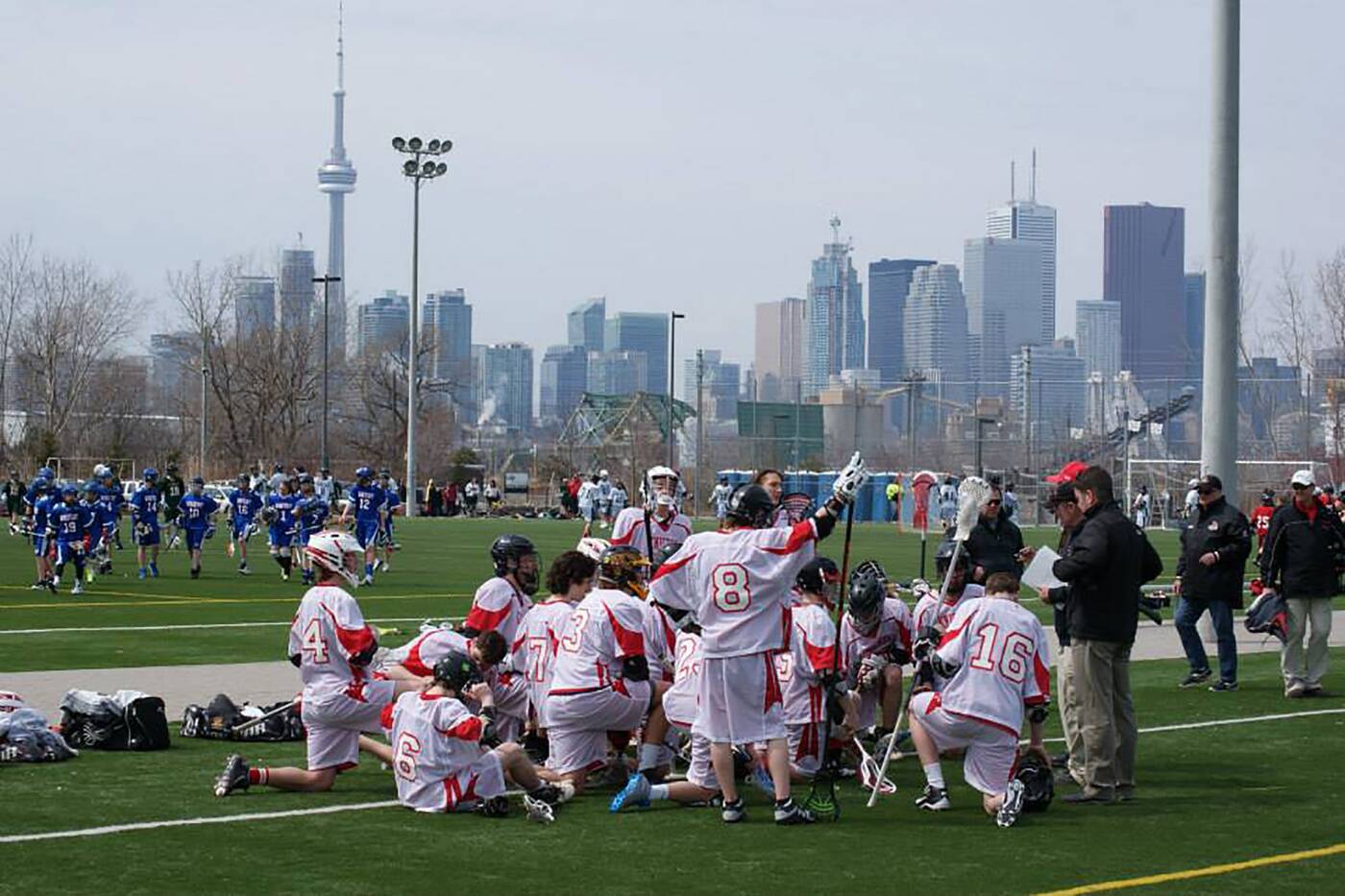 Besides having two lit ball diamonds and a multipurpose field, Greenwood Park is also known for its great pool and an outdoor artificial ice rink (the first in the city) that converts into a ball hockey rink in the summer.

With an artificial turf, soccer players will love using Lamport Stadium's massive field. You can also partake in some field hockey while 9,600 of your imaginary fans cheer you on from the bleachers.

As the home of Ontario rugby, Fletcher's Fields is a club with six international-sized fields. The Toronto rugby team Wolfpack has graced its stadiums; you’ll also find soccer, ultimate frisbee and lacrosse games here too.

Taking up an entire city intersection, Eglinton Flats is one of the most popular summertime spaces and an absolute Mount Dennis staple. It’s all about sports here with six soccer fields, four for field hockey, a rugby and football field each and two cricket pitches.

The city capital of shin pads and juice boxes, the North York Civic Soccer Fields hosts little league soccer for kids, adolescents, plus grown ups too. When the young 'uns are off the field, all seven pitches can also be used for any sport you want to play.

Cherry Beach Sports Fields is located right by the waterfront, meaning you can play your sport of choice in one of their two multipurpose elite turf fields, then walk five minutes to the lakeshore for some lounging in the sun. 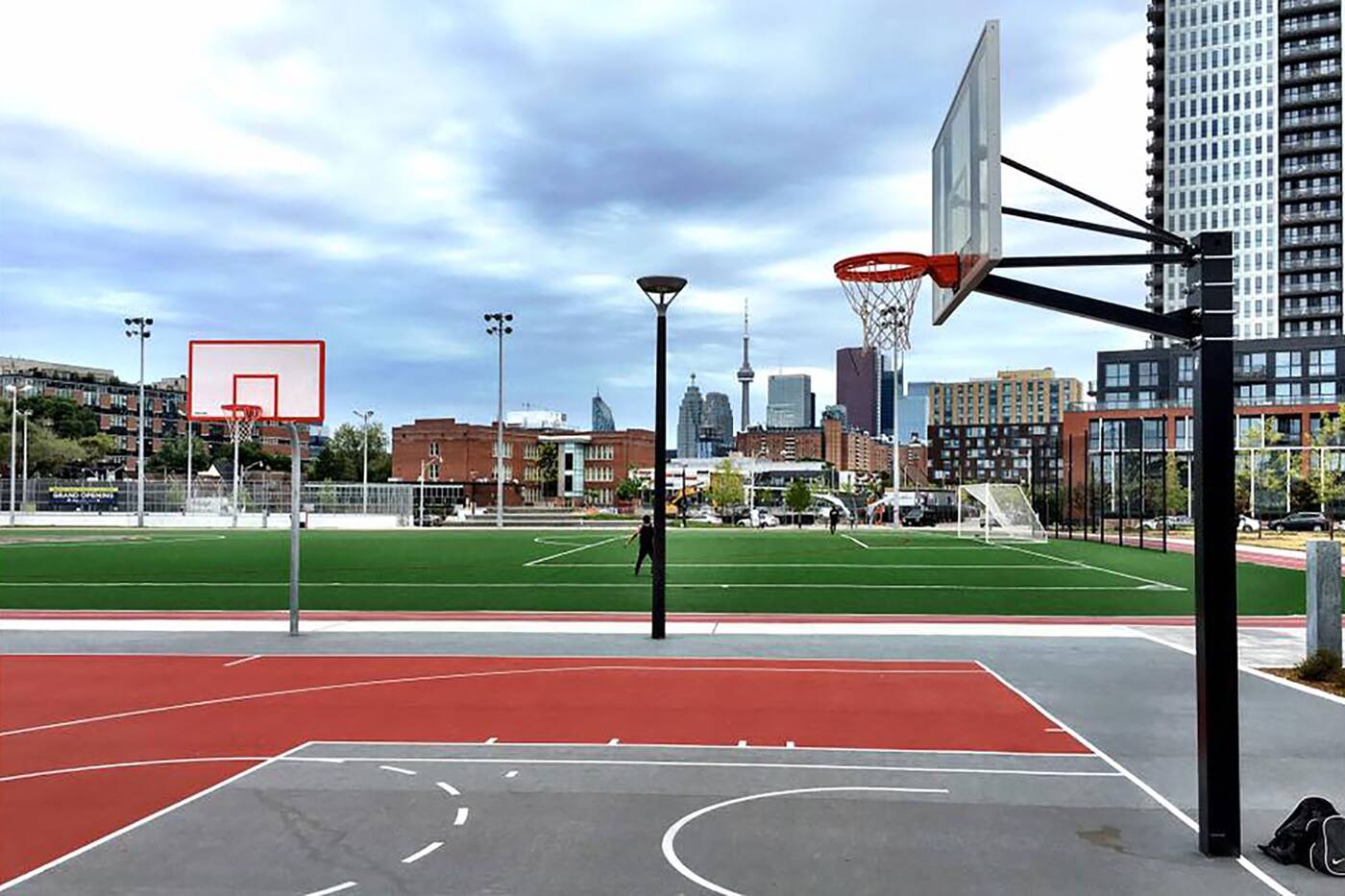 Created as part of the area’s revitalization project in 2016, the Regent Park Athletic Grounds is located right by the community centre, built in partnership with the city, Toronto Community Housing Corporation and the MLSE Foundation. It offers one field, a track and a basketball court.

There’s tons to do at Rosedale Park, the ground which hosted the first Grey Cup ever in 1909. Best known for its tennis capabilities (there’s eight courts here) and ping pong table, this park also has a field used for soccer, baseball and field hockey, plus the annual Mayfair spring party.

Since undergoing renovations in 2006, Birchmount Stadium has become the premier stadium for tournaments and Canadian soccer leagues. They’ve even been referenced to in a song by quintessential Canadian rockers, Barenaked Ladies.

It’s hard to miss the bright lights of Varsity Stadium when walking on Bloor Street by St. George station. As a past host of Olympic and Pan Am games, this historic field has had its fair share of moments in Toronto history, hence the pricey hourly rental rates.

Lord of the Wings of Birchmount Stadium