Toronto just got an escape room inside a spacecraft

Calling all sci-fi buffs and people with a general fondness for next-level custom set builds: An intricate new "starship simulator" is now open for business in Toronto.

Part escape room, part video game and part Trekkie dream experience, Proxima Command is unlike anything else you'll find in the city (or elsewhere on Earth, as far as its creators know.)

"Don’t just watch Sci-Fi — live it!" reads the company's website. "Enter the bridge and become a starship officer as popularized by the genre."

In some ways, Proxima Command is similar to a regular (albeit quite high tech) sci-fi escape room: Teams of 5-7 people are given roughly one hour to complete a specific mission in a themed environment.

What sets this one apart is how realistic and immersive the experience is meant to feel.

The starship simulator, located near Christie and Dupont, is equipped with 27 interactive screens and over 1.5 tonnes of set and embedded video game technology. 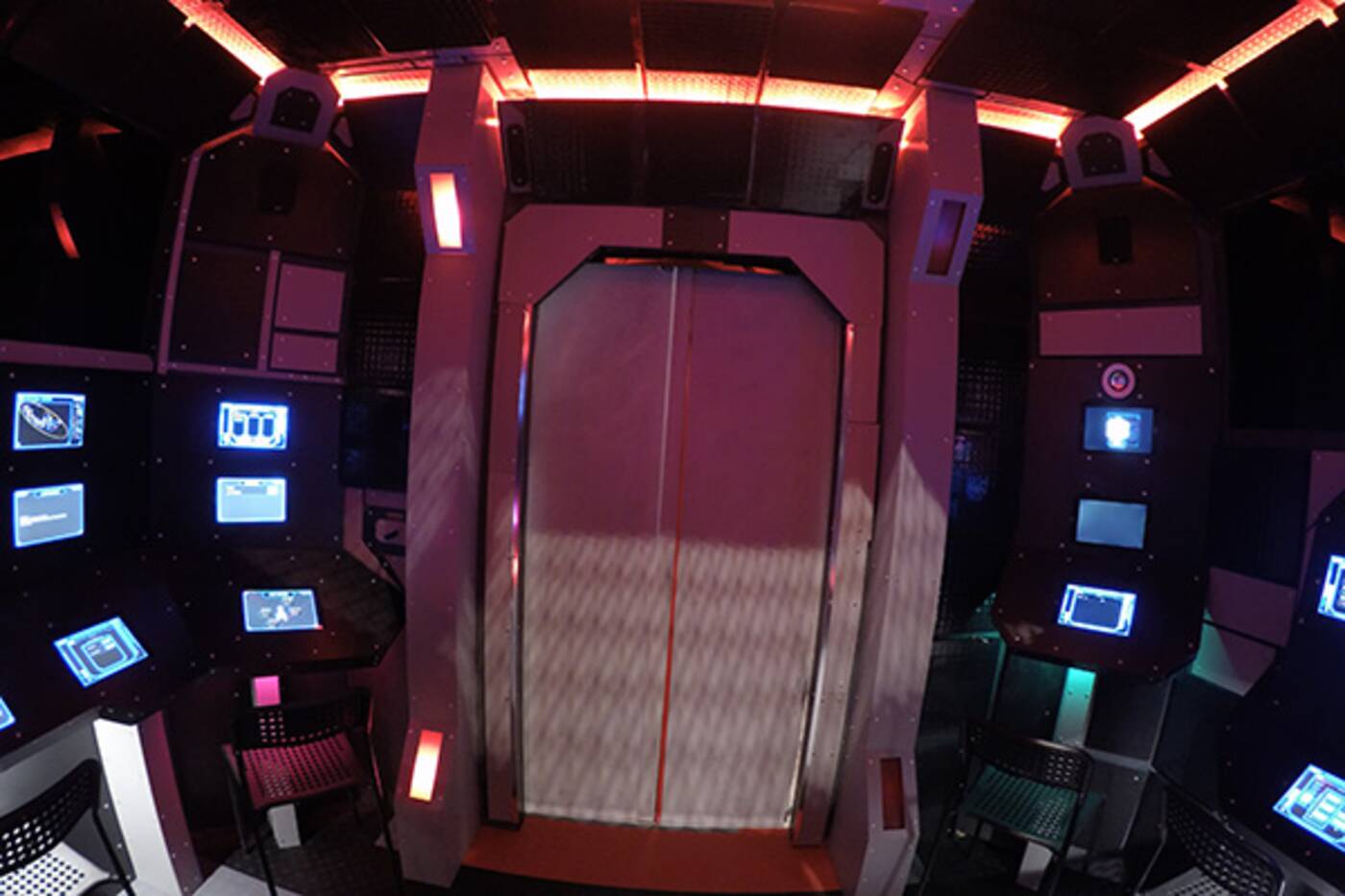 The inside of the escape room looks like a spaceship. Photo via Proxima Command.

It took creators Michael Chapman and Bob Papadopoulos years to design and construct the final product using metal, plastic, wood, hydraulics, lighting, sound and other digital equipment as well as custom-designed software by by Glen Watkinson of Stratum Games.

Now that their work is complete, Torontonians can play through the first "episode" at 253 Christie Street for around $25 per person.

"You are the crew of the Starship Odysseus caught in hostile territory, after escaping the prison of a secret Alphian League base," reads the description of Episode Zero.

"You destroy the base and board your ship," it continues. "However, you have forgotten how to operate its complex systems. Each one of you must now, in the midst of danger, re-familiarize yourselves with your own stations and Escape to Proxima Command!"

Players work together to control the ship, but those of you who got really into the USS Callister story in Season 4 of Black Mirror will be happy (or maybe terrified) to note that only one person can take the captain's chair.