A local company is taking Toronto playgrounds to the next level

Earthscape is a Toronto-based company that creates the most interesting playgrounds around, and they're starting to pop up across the city. 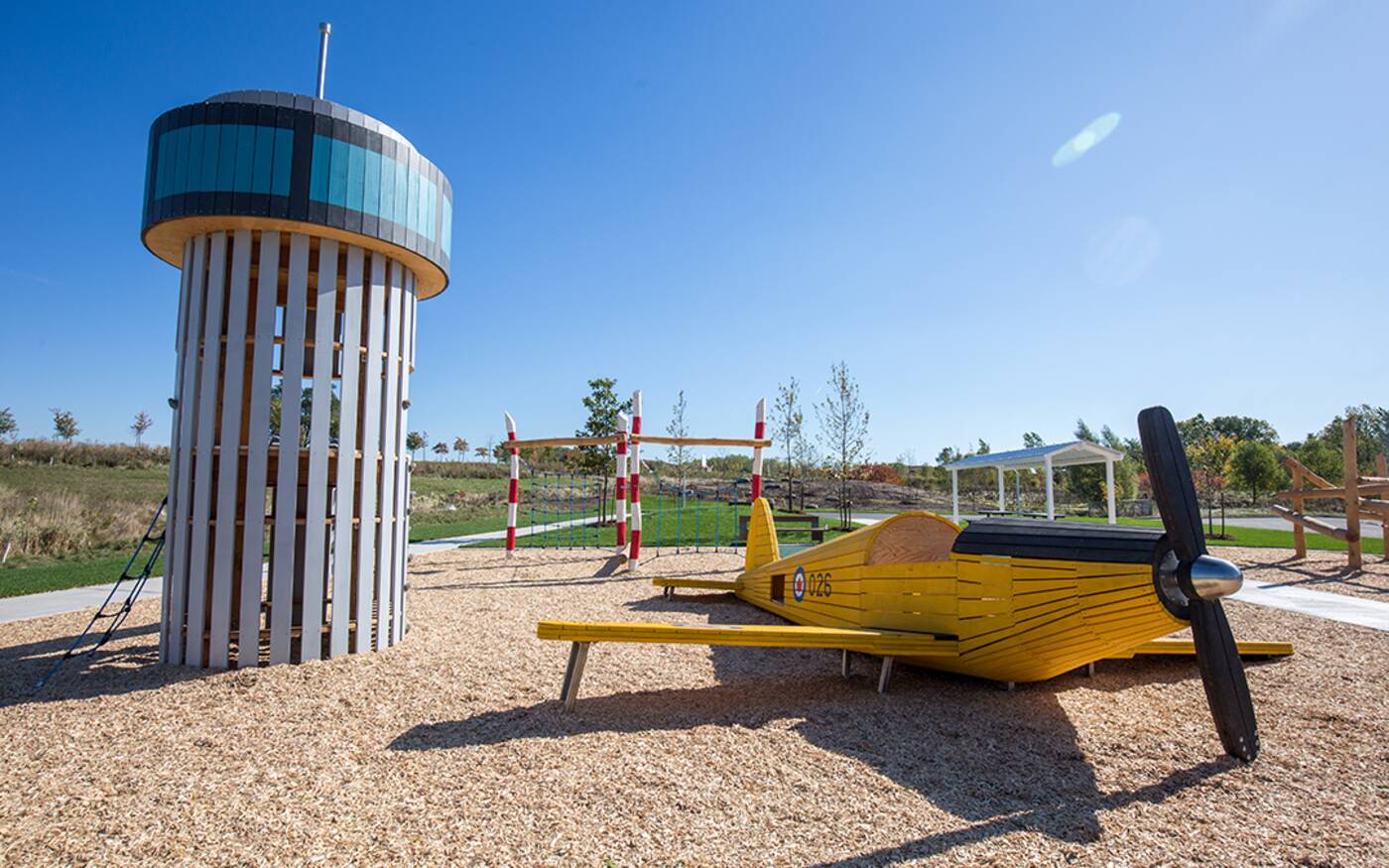 One of the key traits of Earthscape's creations that set them apart from old school playgrounds in Toronto is that they're built around a central theme.

The company recently finished construction on an epic airport-themed park in Downsview, which opened this past weekend.

Meanwhile, Toronto’s first Earthscape playground is in Grange Park, behind the AGO. It's based on the idea of an artist’s studio, and features a spilled paint can, palette, and giant pencils. 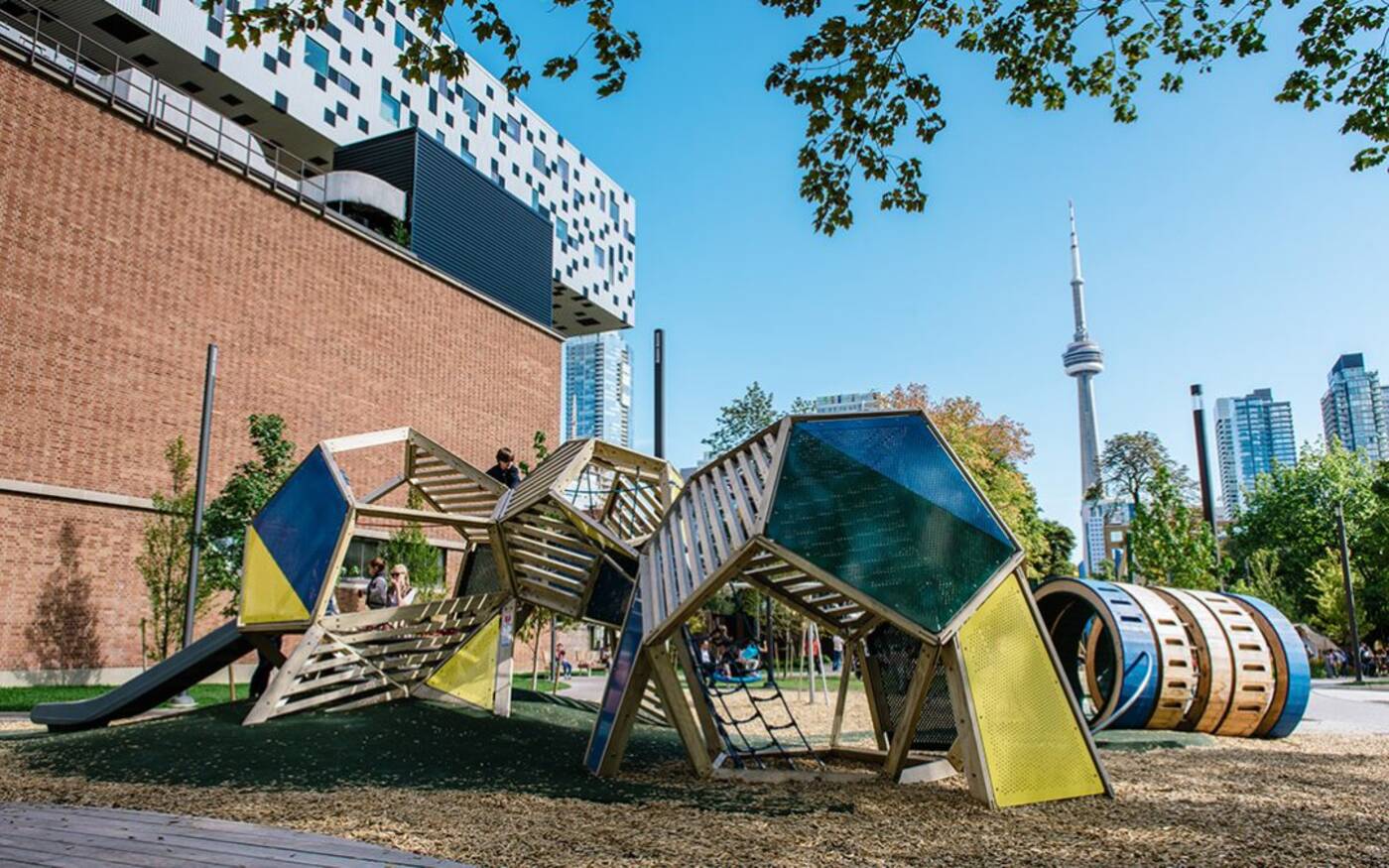 Part of the Grange Park playground. The spilled paint can be seen on the right. Image from Earthscape.

The company is currently working on a new project in Oakville, which is set to open soon. We can only hope for more Earthscape playgrounds around Toronto, as they're so well designed, even adults can appreciate them.