It was like something out of a dream - a group of Pomeranian puppies appeared on Bloor Street in Toronto Saturday evening, much to the delight of literally everyone who passed by.

The little clouds of fluff showed off their cuteness outside of UTS and had everyone melting. 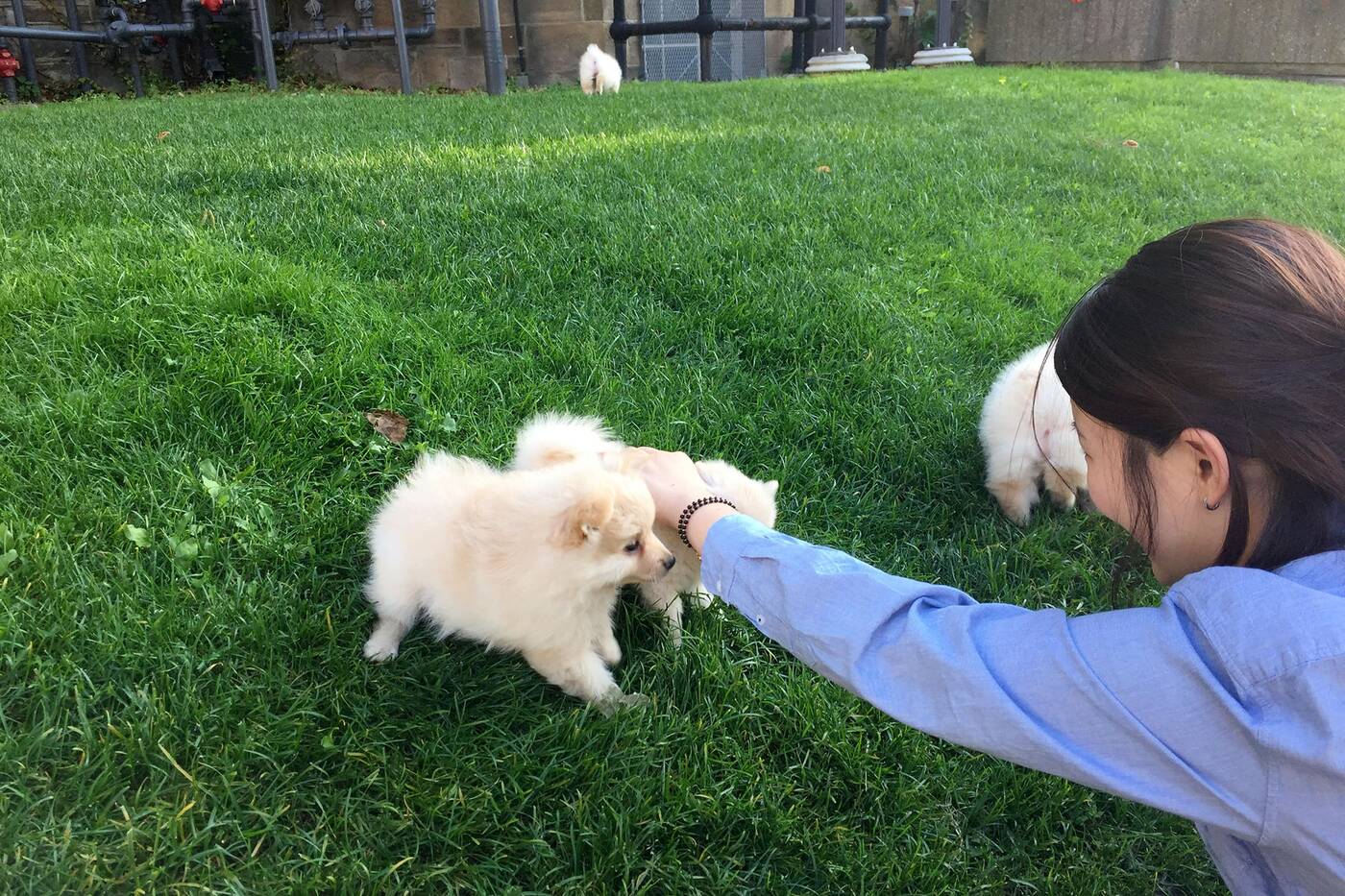 People stopping to pet the puppies. Photo by Lisa Power.

They drew a large crowd of people that stopped to give them pets and take pictures, even causing cyclists and drivers to slow up or turn their heads as they passed to get a good look. 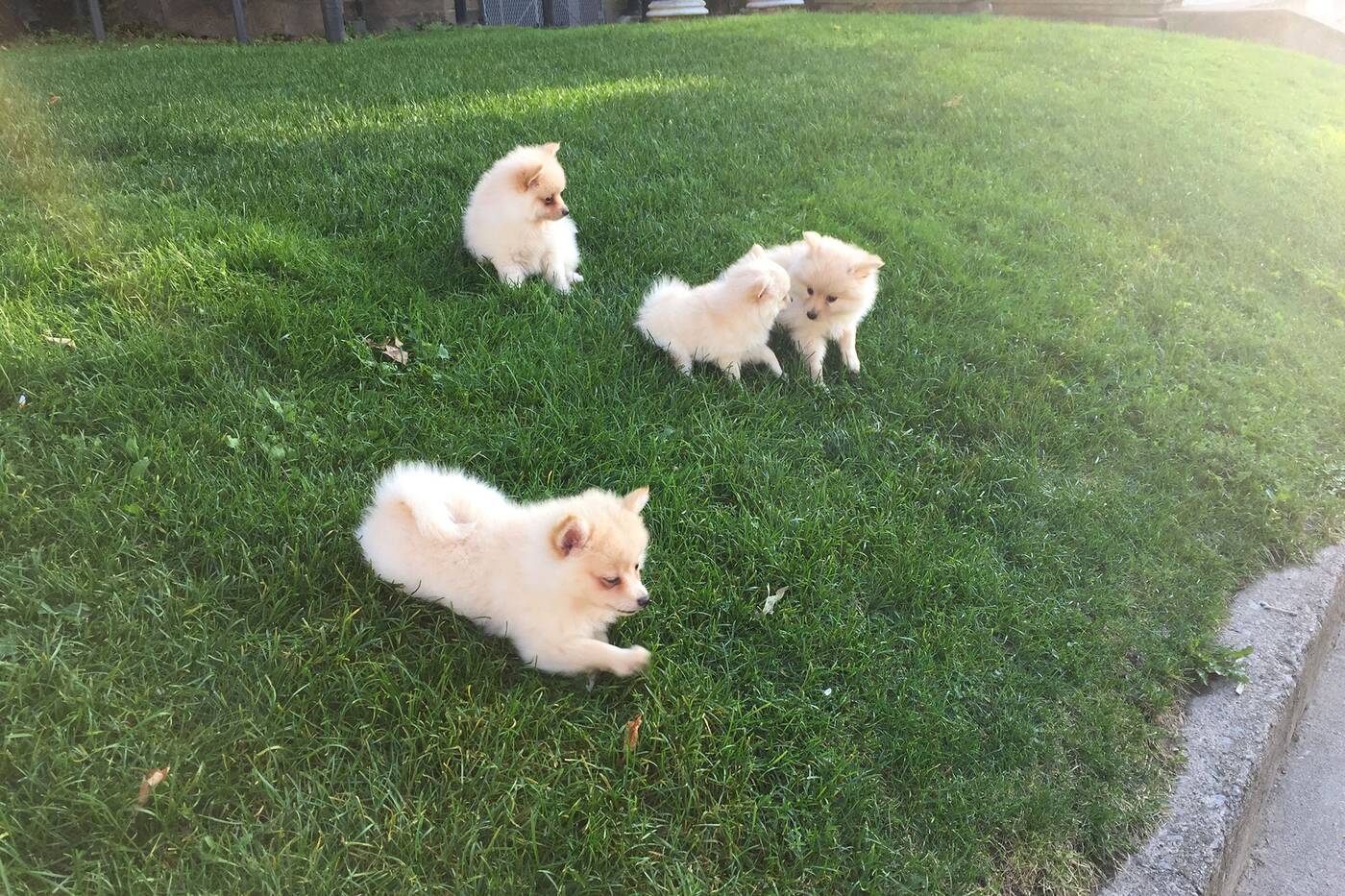 Puppies playing in the grass near UTS. Photo by Lisa Power.

The puppies belong to a local breeder who runs PerfectPoms.com and brought them out for some exercise.

The breeder brings by different litters regularly when the weather is nice, always causing commotion, like these Pomsky's from a couple weeks ago.

And another group that appeared last spring.

Playing with the puppies offered some much needed happy time for students who had just started classes last week. Later on people got up on the hill and let the bundles of joy run around all over them.

Hopefully more pups will be back before it gets too cold.