The Air Show thunders and roars across Toronto skies

Once again Toronto's waterfront played host to the roar and buzz of the Canadian International Air Show over Labour Day weekend, the unofficial end of summer.

Featuring a selection of planes from Canada’s aviation history, current military jets, stunt pilots and utility and rescue aircraft, the 2017 offering had something for everyone. 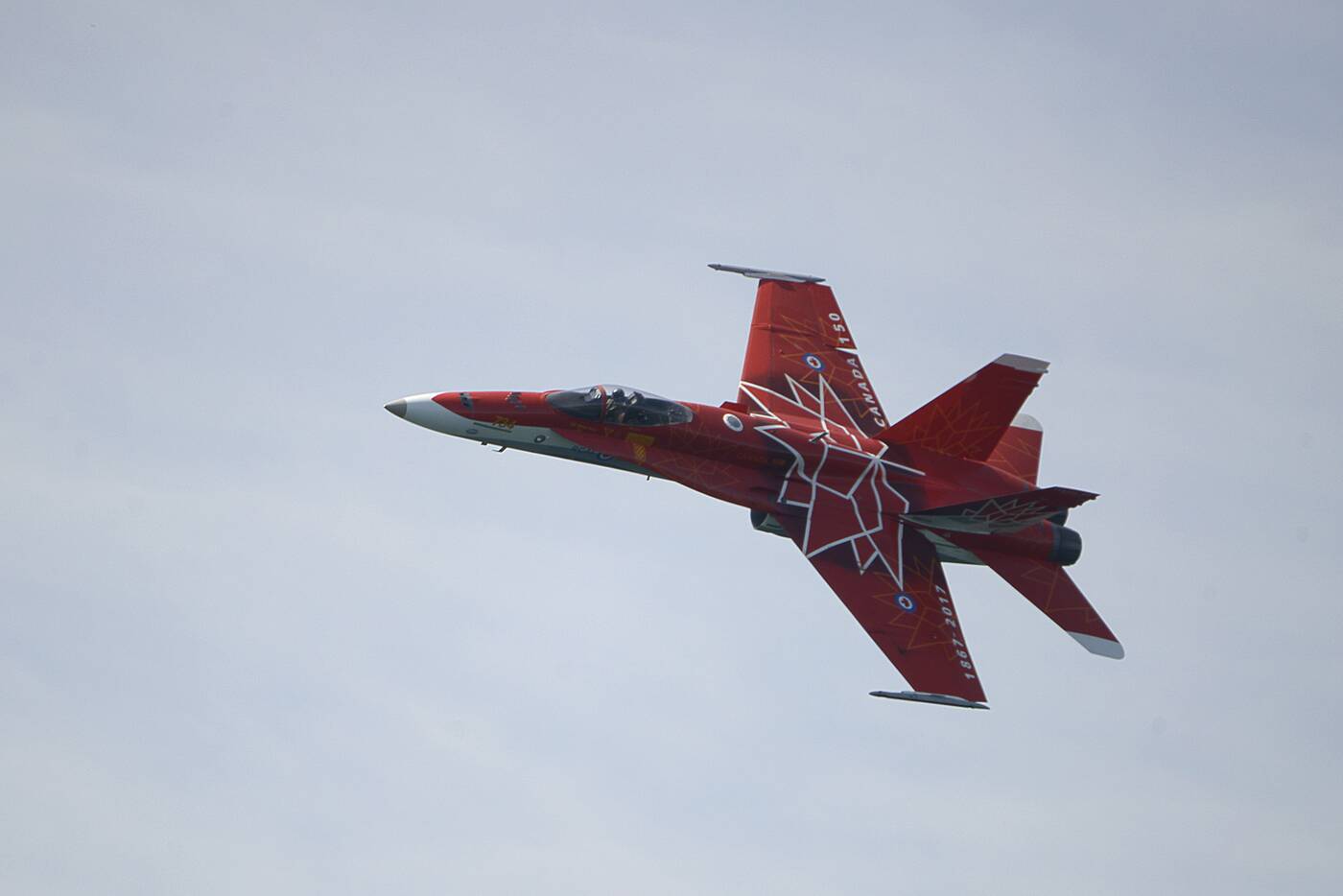 RACAF CF-18 in its Canada 150 livery. Photo by Hamish Grant.

The always popular RCAF CF-18 started Saturday’s show, displaying this year’s dramatic Canada 150 livery as it tore across the sky in a dramatic display of maneuverability and power. 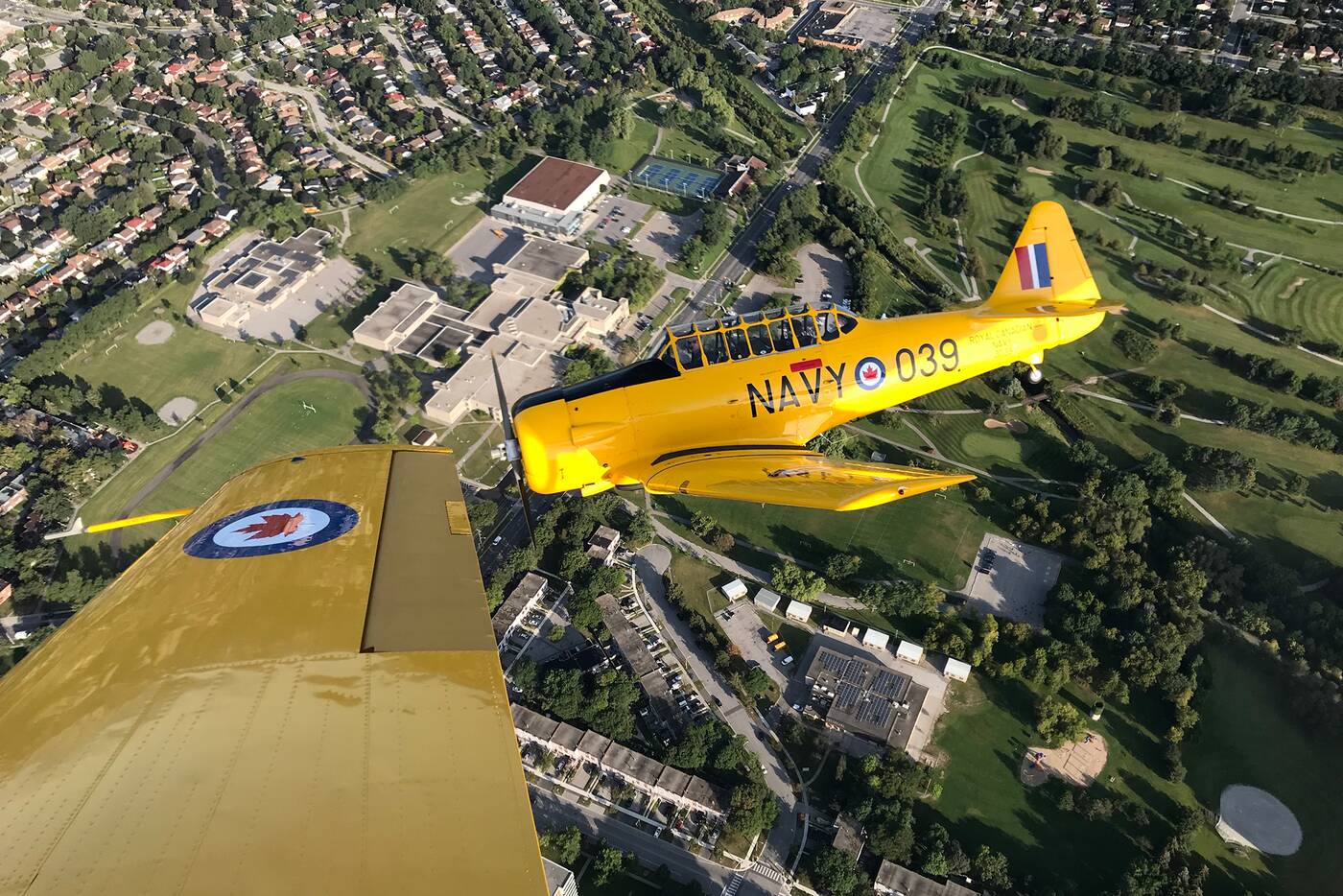 The Canadian Harvard Aerobatic Team in flight over the GTA. Photo by Hamish Grant.

The Canadian Harvard Aerobatic Team followed with a four-plane formation. I had the incredible pleasure of taking a media flight with the team on Friday morning out of Buttonville Airport (yes it’s still open!). 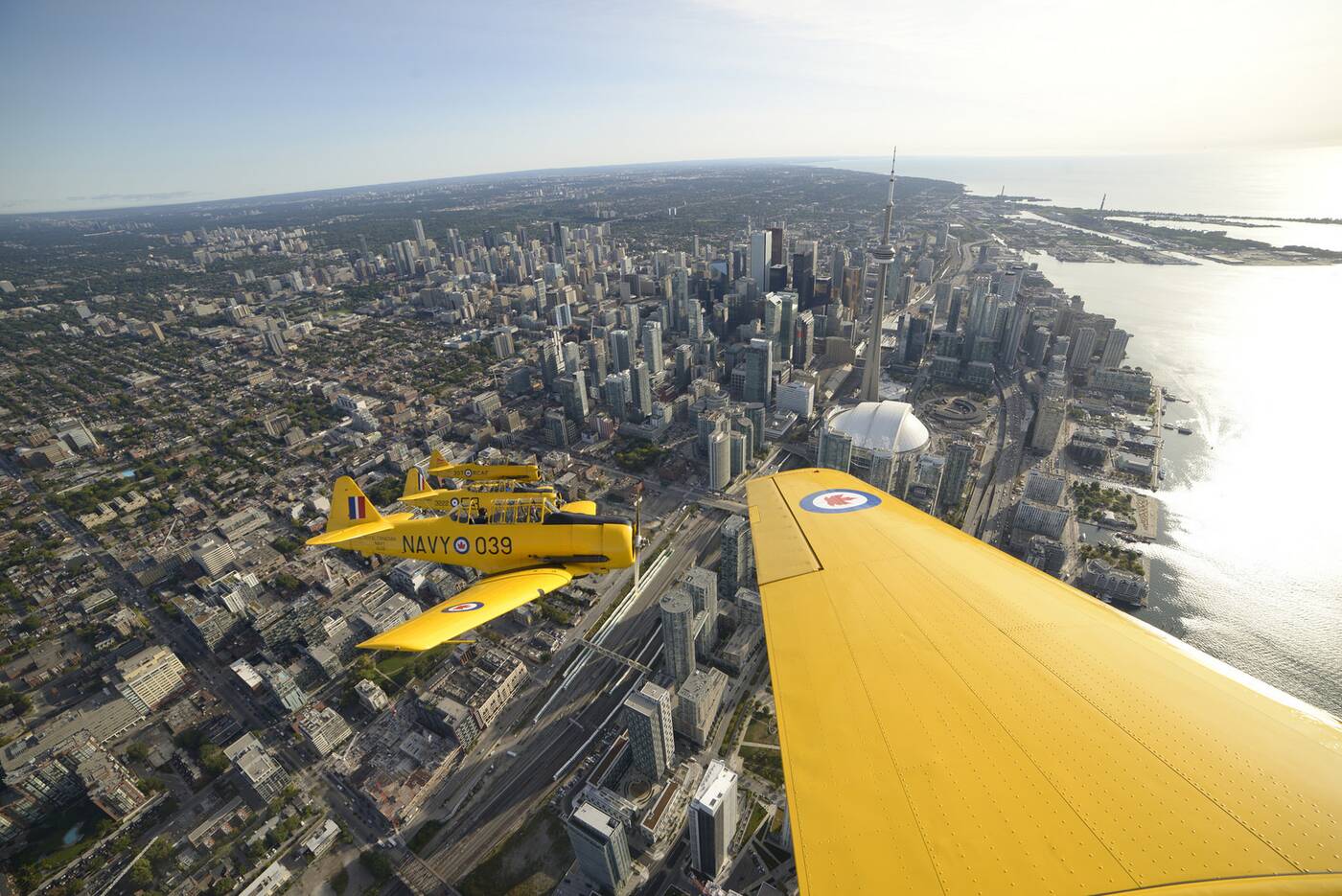 Harvards in formation over downtown Toronto. Photo by Hamish Grant.

The expertise of the pilots was made obvious as I observed first-hand how close they fly together and how in sync they are as a team. 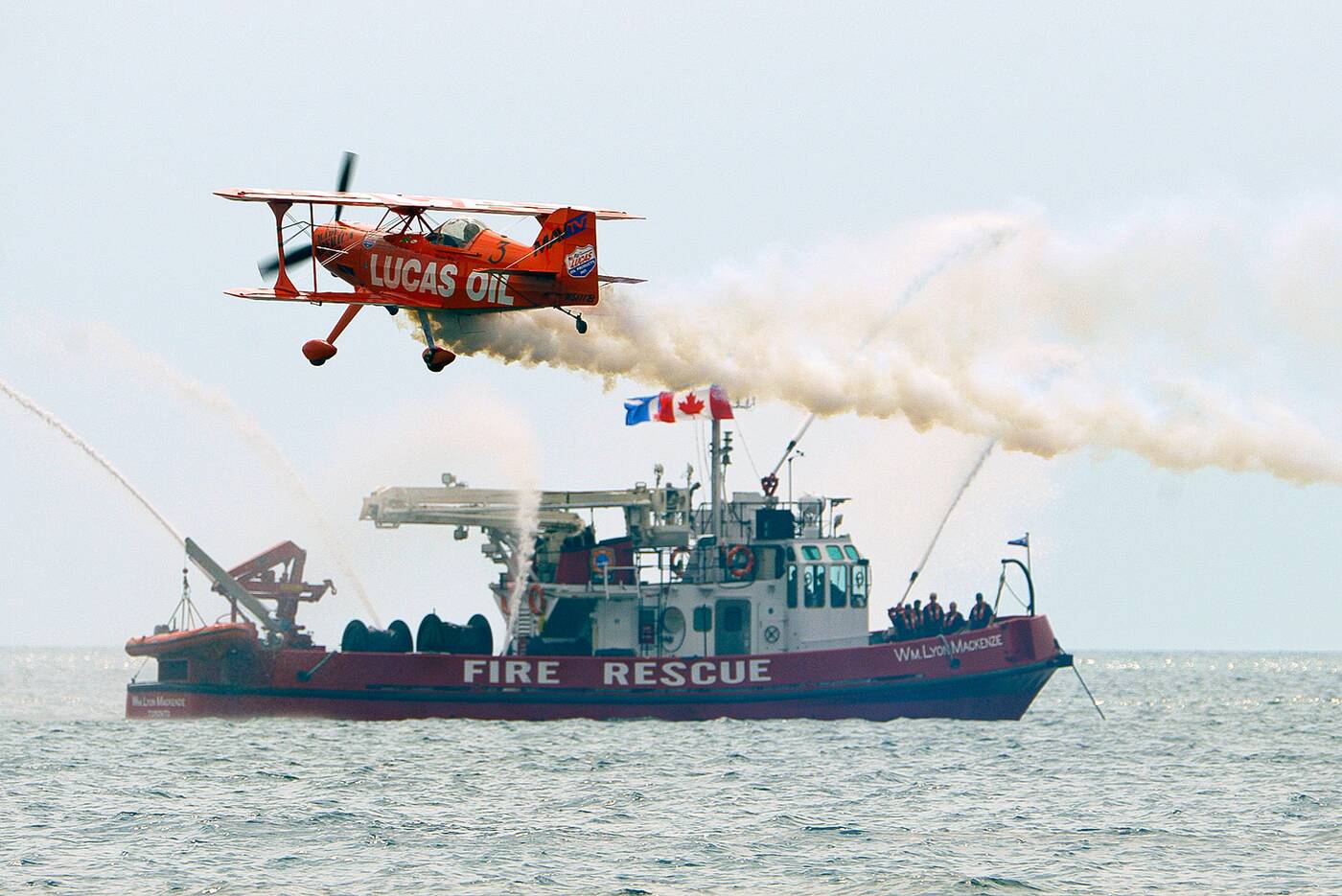 Perennial favourite stunt pilot Mike Wiskus returned for his 10th CIAS in his custom Lucas Oil Pitts Special biplane, delighting the crowd with maneuvres that seemed to defy the laws of physics. 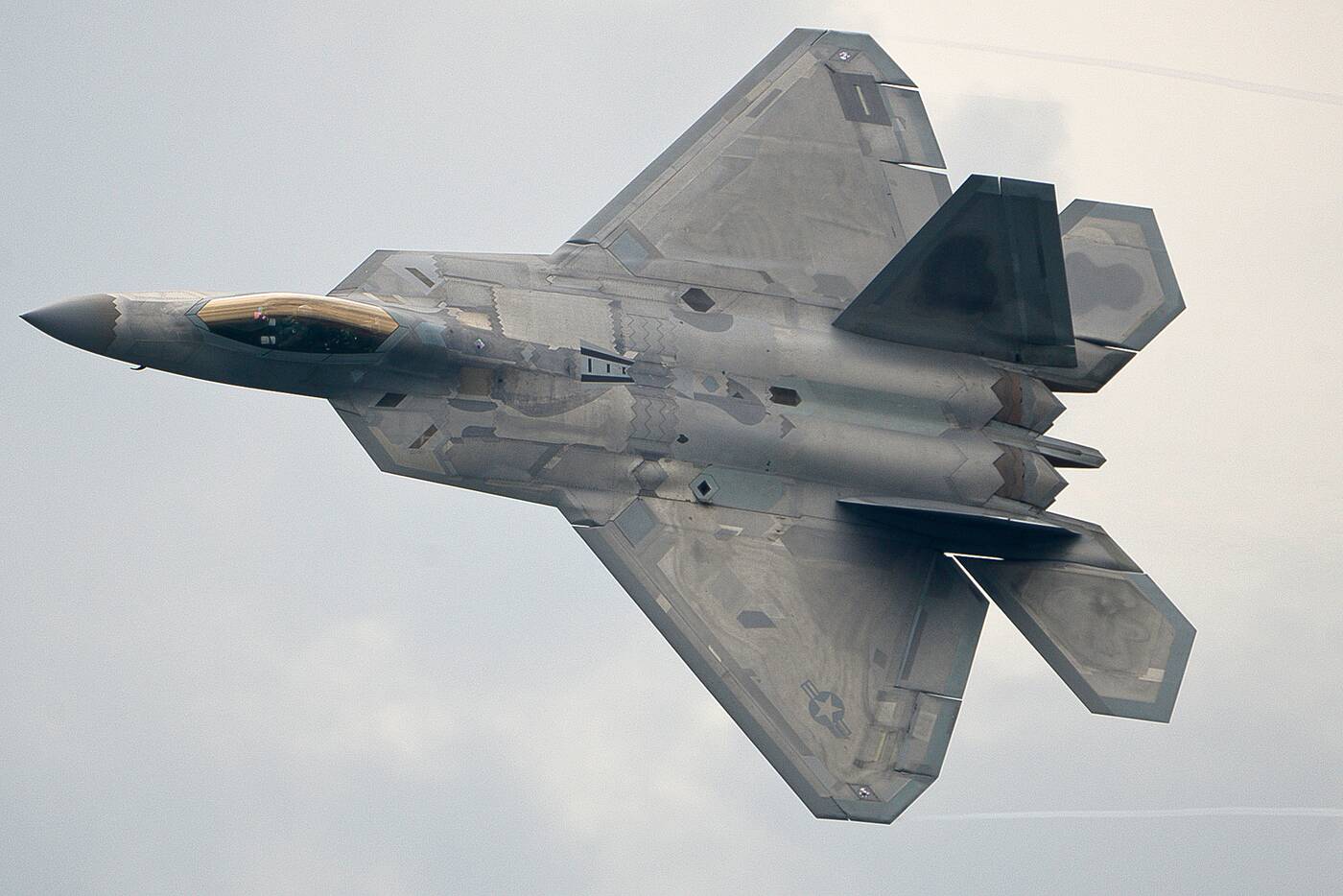 The stealthy F-22 Raptor in action. Photo by Hamish Grant.

This year’s standout performer was the always impressive United States Air Force F-22 Raptor, one of the most agile fighter aircraft in the world. The maneuverability of the airframe is matched only by the stamina of the pilot! 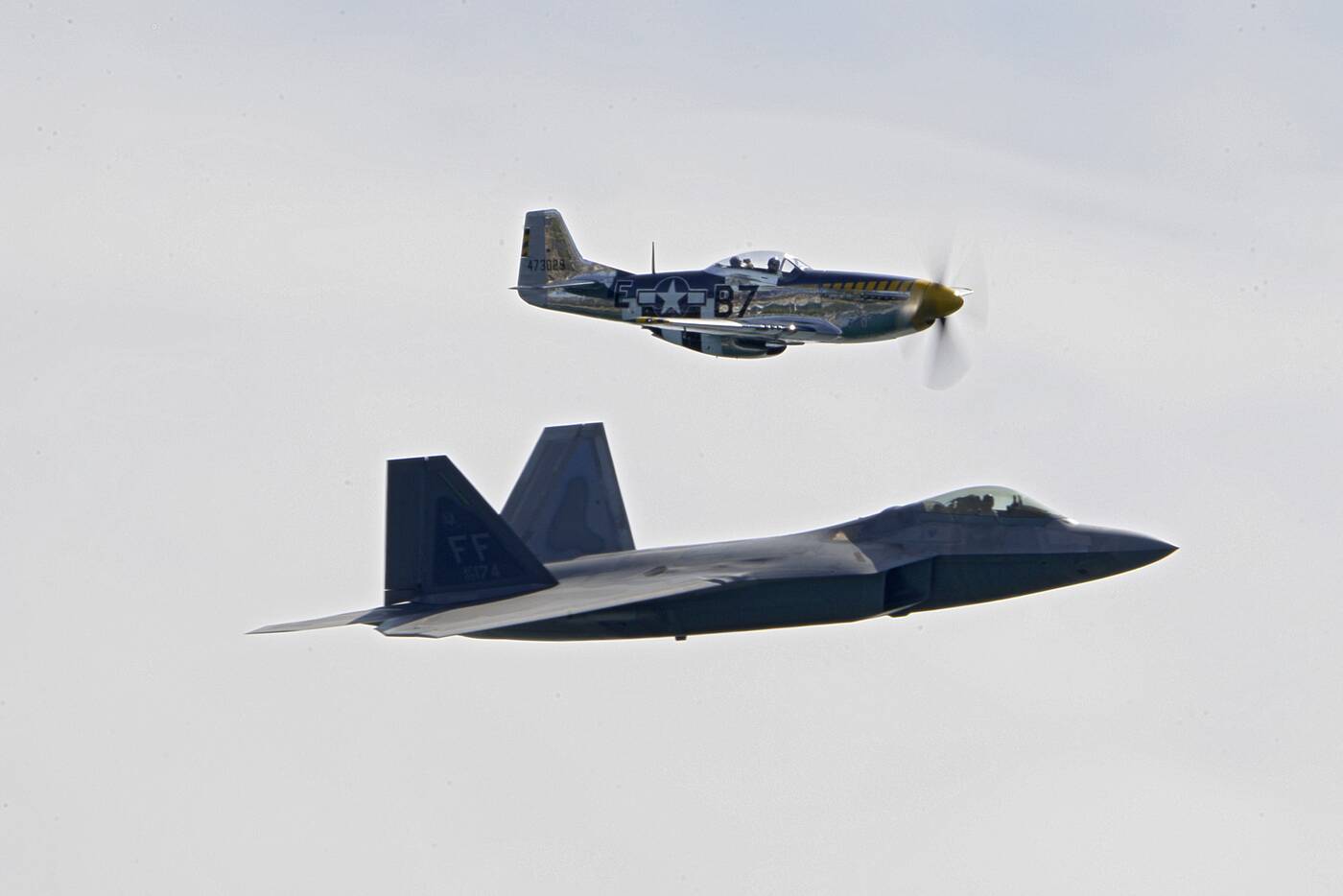 Two generations of fighter jets side by side. Photo by Hamish Grant.

The F-22 also participated in a Heritage Flight with a P-51 Mustang. 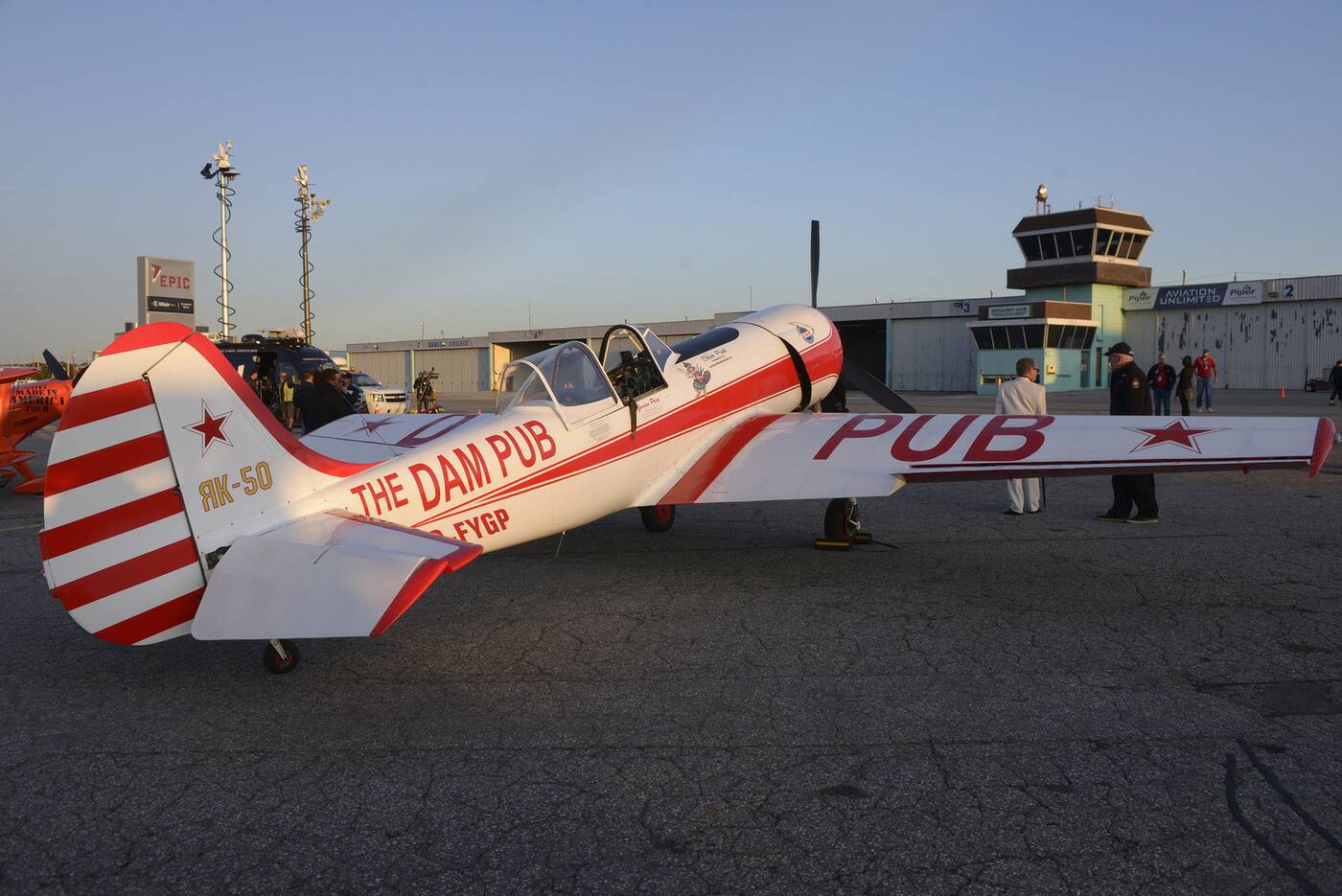 Other performers included 75-year old Gordon Price and his YAK-50 stunt plane, a Beech Expeditor, the CH-146 Griffon helicopter and the “Stearman” Bi-Plane. 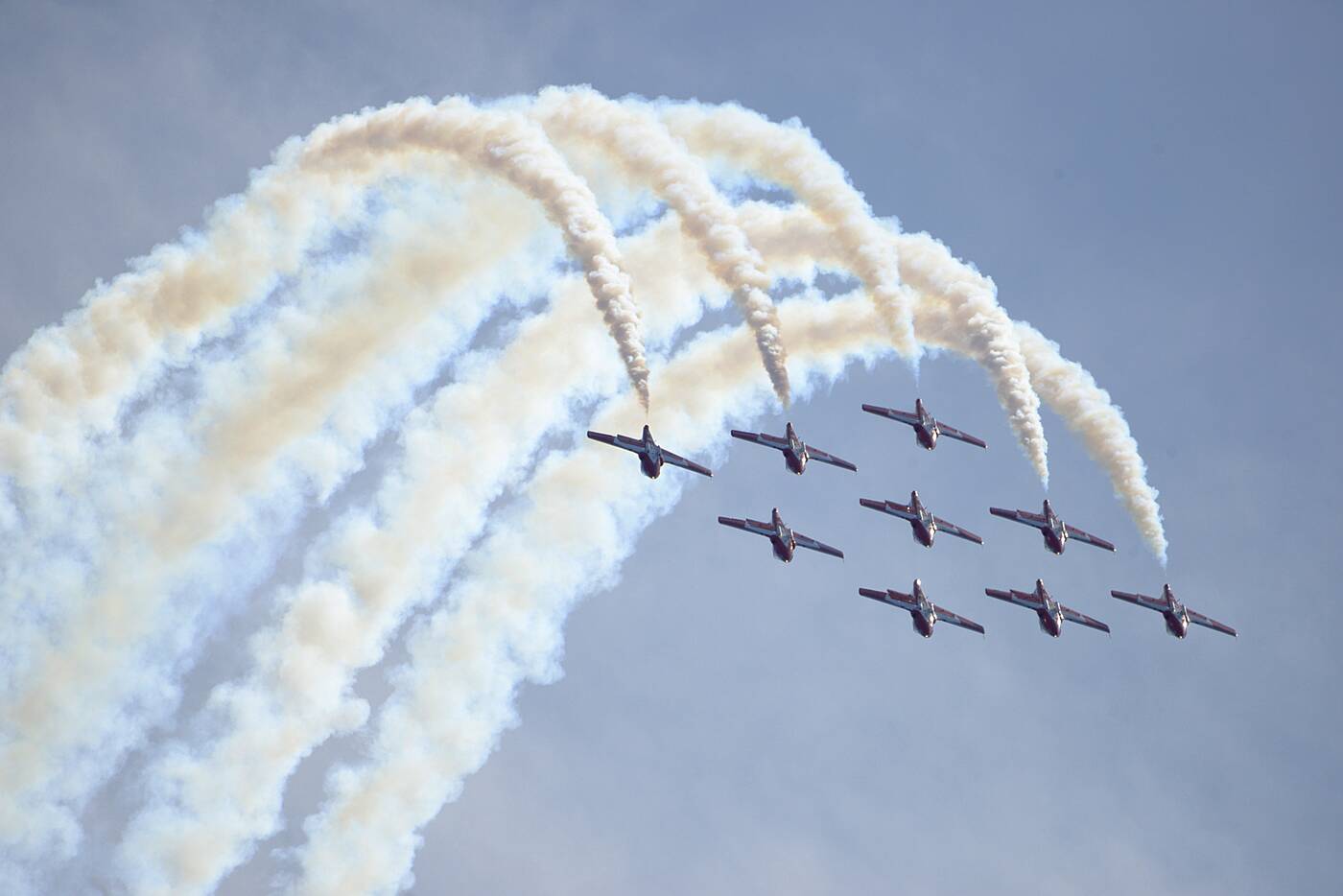 The Snowbirds in formation above Toronto. Photo by Hamish Grant.

The show closed out with the Canadian Forces Snowbirds, always a fan favourite for their precision and proudly Canadian attitude.