The 10 most beautiful campsites in Ontario

Campsites in Ontario are often beautiful places, but there are a select group of parks that take it to the next level. These are typically sites that draw backcountry campers who want to escape to the wilderness for a few days and soak up the serene beauty of the northern landscape, but there are also a few that'll appeal to even the most novice camper.

Here some of the most beautiful campsites in Ontario.

This massive provincial park covers a whopping 1,600 kilometres, much of which is on the rugged Lake Superior shoreline. You won't find many places that show off the beauty of the Ontario landscape better than here.

Registration is now required before visiting the park. Visitors must purchase a permit online up to two weeks in advance of the arrival date to camp at this park. 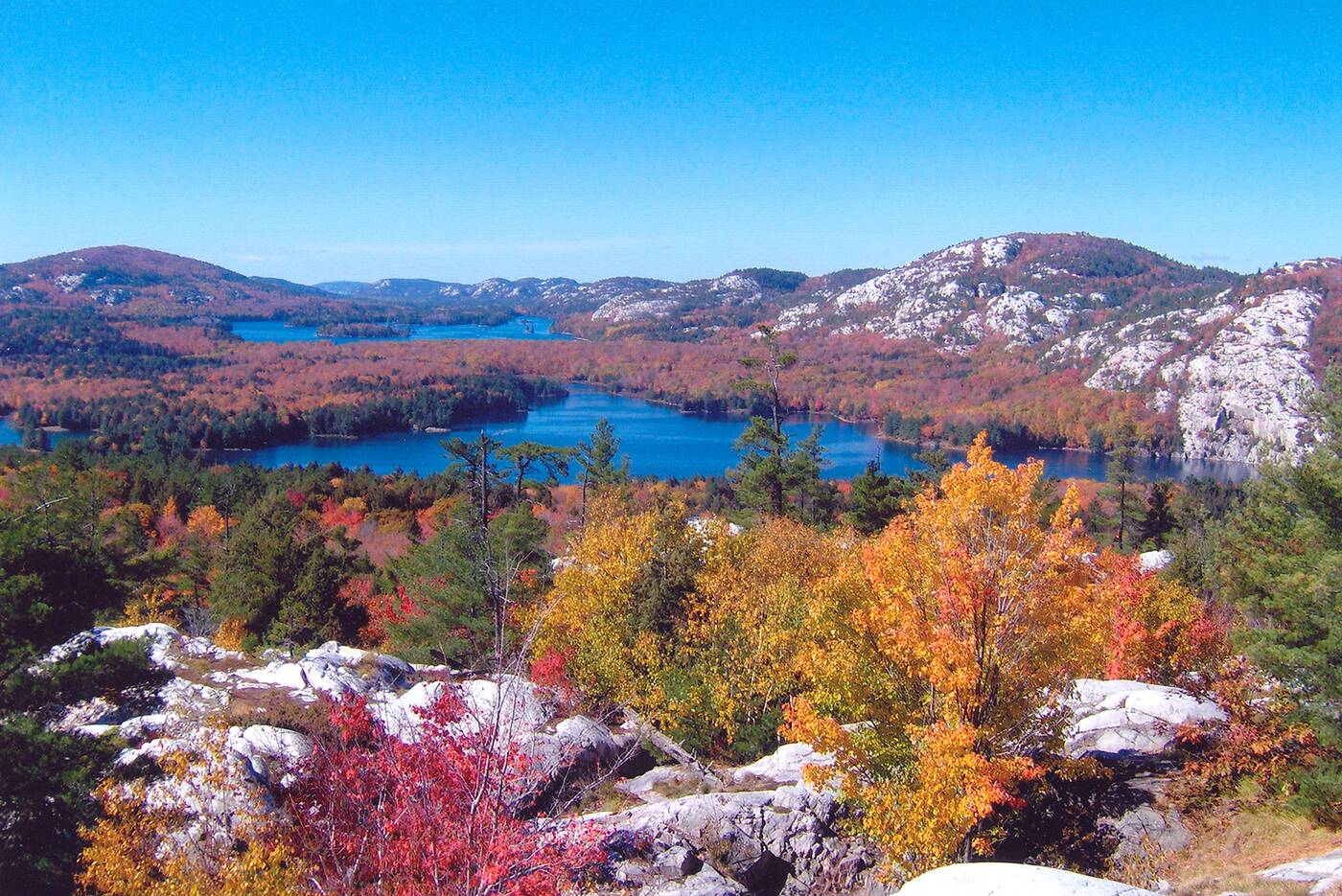 Just one of the hundreds of amazing views at Killarney. Photo via Ontario Parks.

A backcountry camper's dream, this provincial park is great for multi-day trips where you can explore the Georgian Bay shoreline as well as the beautiful lakes among the Jack Pine hills. It's like travelling through a Group of Seven painting. Reservations are strongly recommended to ensure you secure a campsite. 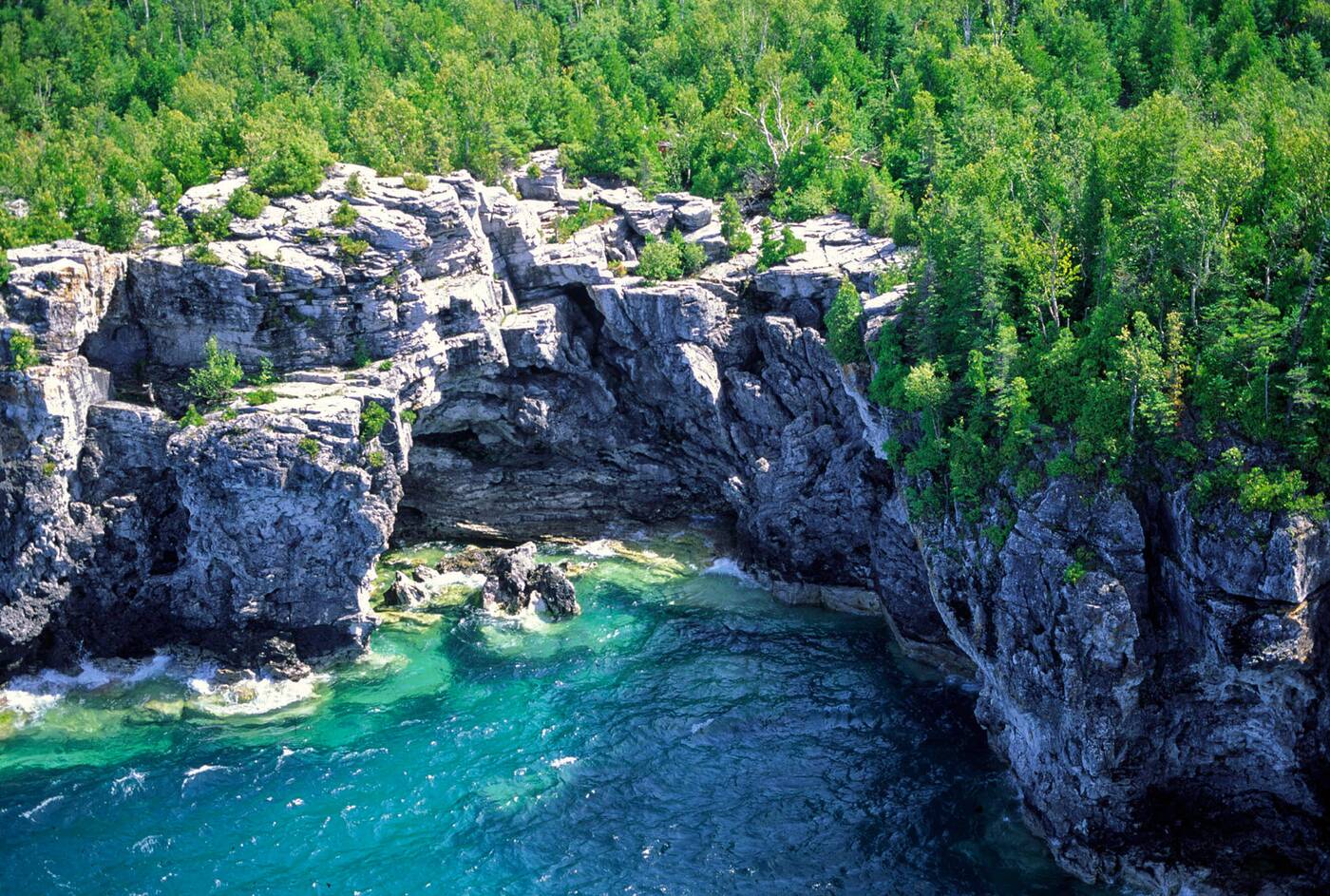 The rugged beauty of the Bruce Peninsula. Photo via Parks Canada.

The area around Tobermory is quite possibly the most beautiful in the entire province. From stunning cliffs to hidden grottos to shipwrecks lurking under aquamarine waters, there's virtually no end to the visual splendour here. Just note that yurt rentals are closed for the season. 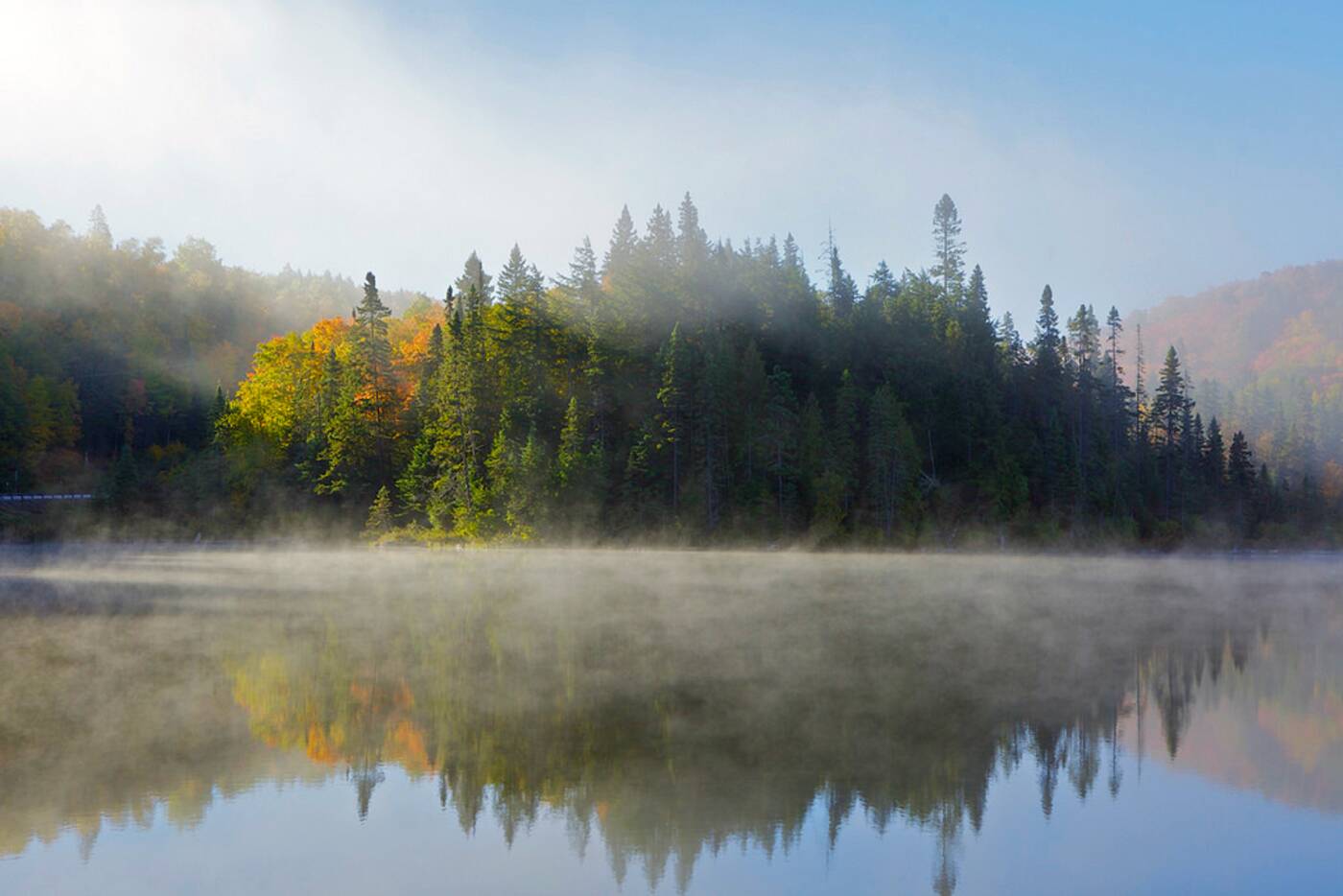 A misty morning at in Algonquin. Photo via Ontario Parks.

This provincial park is at its finest when you head to the interior campsites and get away from the crowds at the main entry points. Once there, you'll be treated to the pristine wilderness of Ontario. You might just encounter a moose or two as well. Reservations are strongly recommended to ensure you secure a campsite. 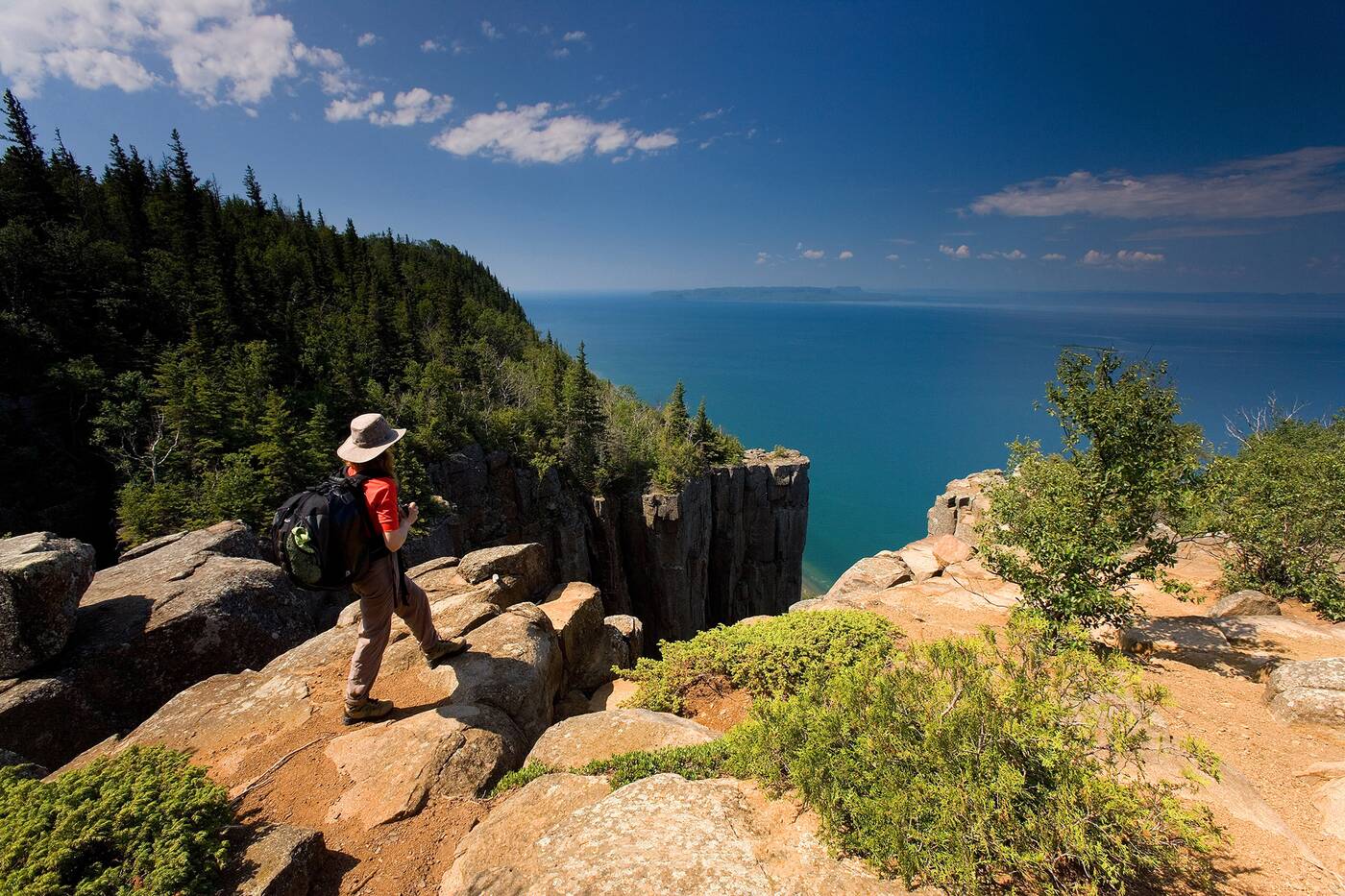 It's not a coincidence that many of Ontario's most beautiful parks are found way up north. The topography north of Lake Superior is as dramatic as we have, and you'll get an amazing look at it from the challenging Giant Trail and Thunder Bay Lookout at this park. 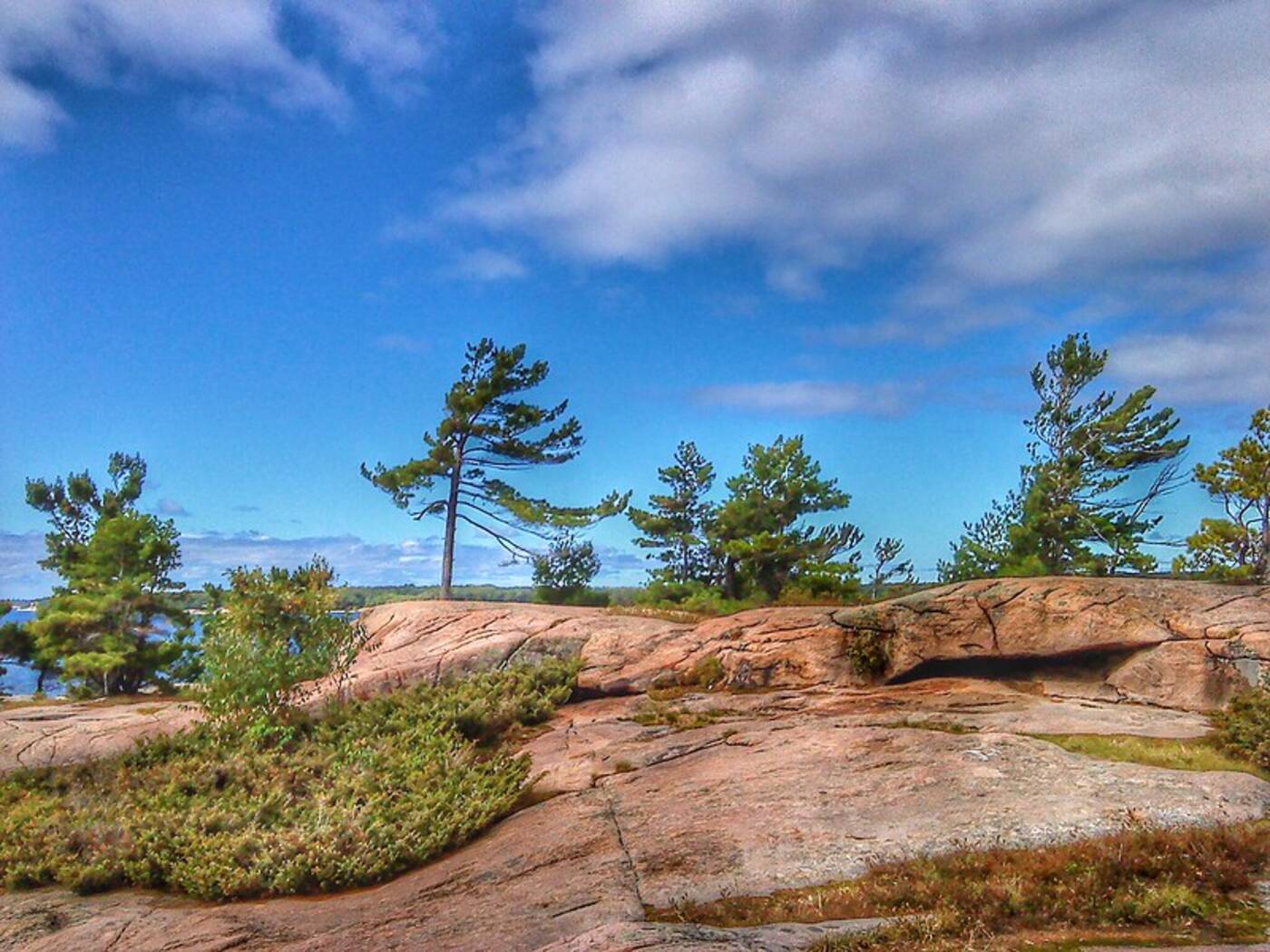 Killbear is located on Georgian Bay near the town of Parry Sound. The picturesque park is known for its kilometres of beautifully rugged shorelines and windswept pines mixed with numerous sand beaches, typical of the Great Lakes. The lakeside campsites are especially scenic. 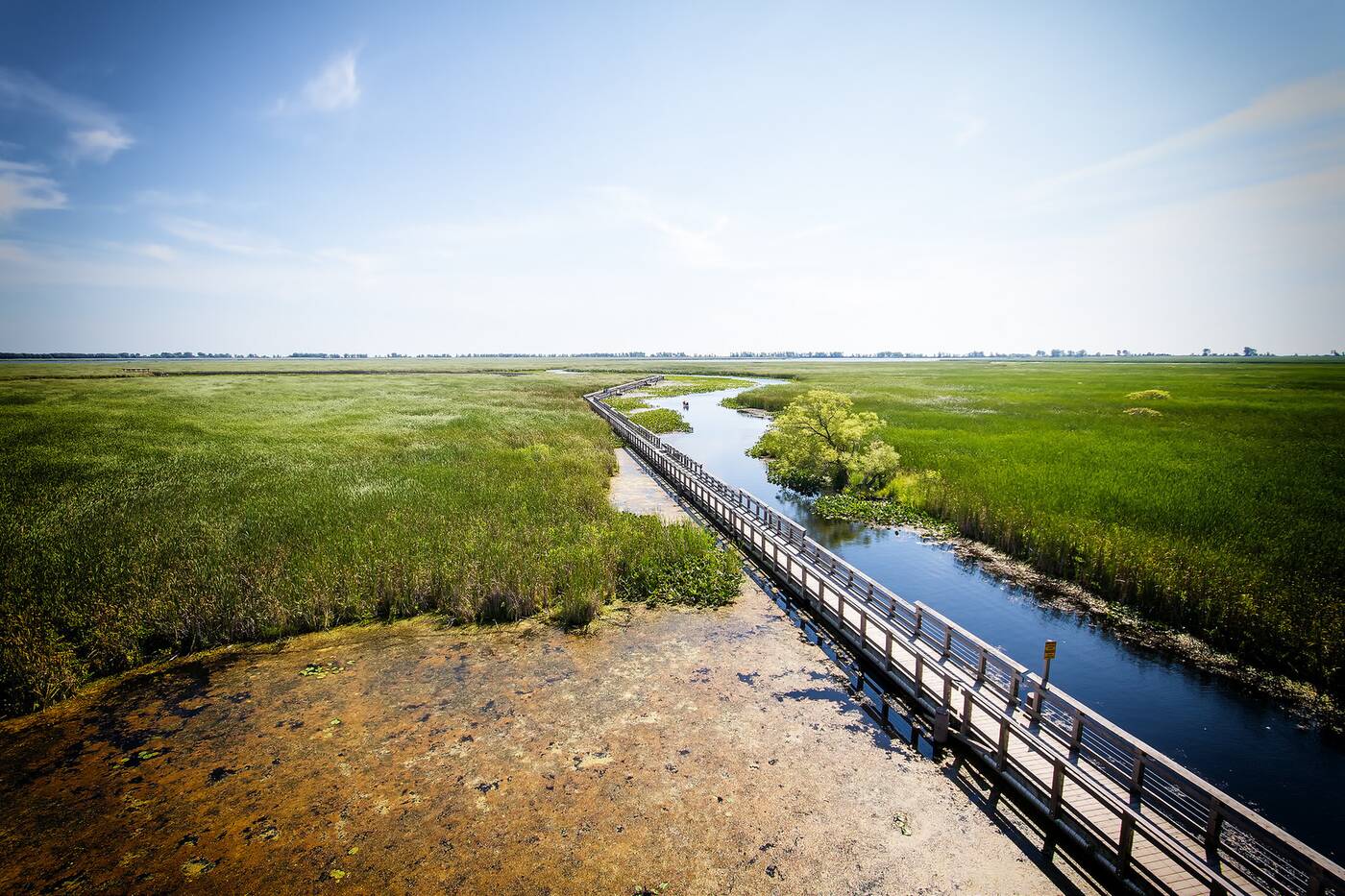 The country's most southern region is also one of its most beautiful. There are amazing trails all over this national park as well as great swimming in the warm waters of Lake Erie. TENTik reservations will have a two-night minimum on Fridays and Saturdays. 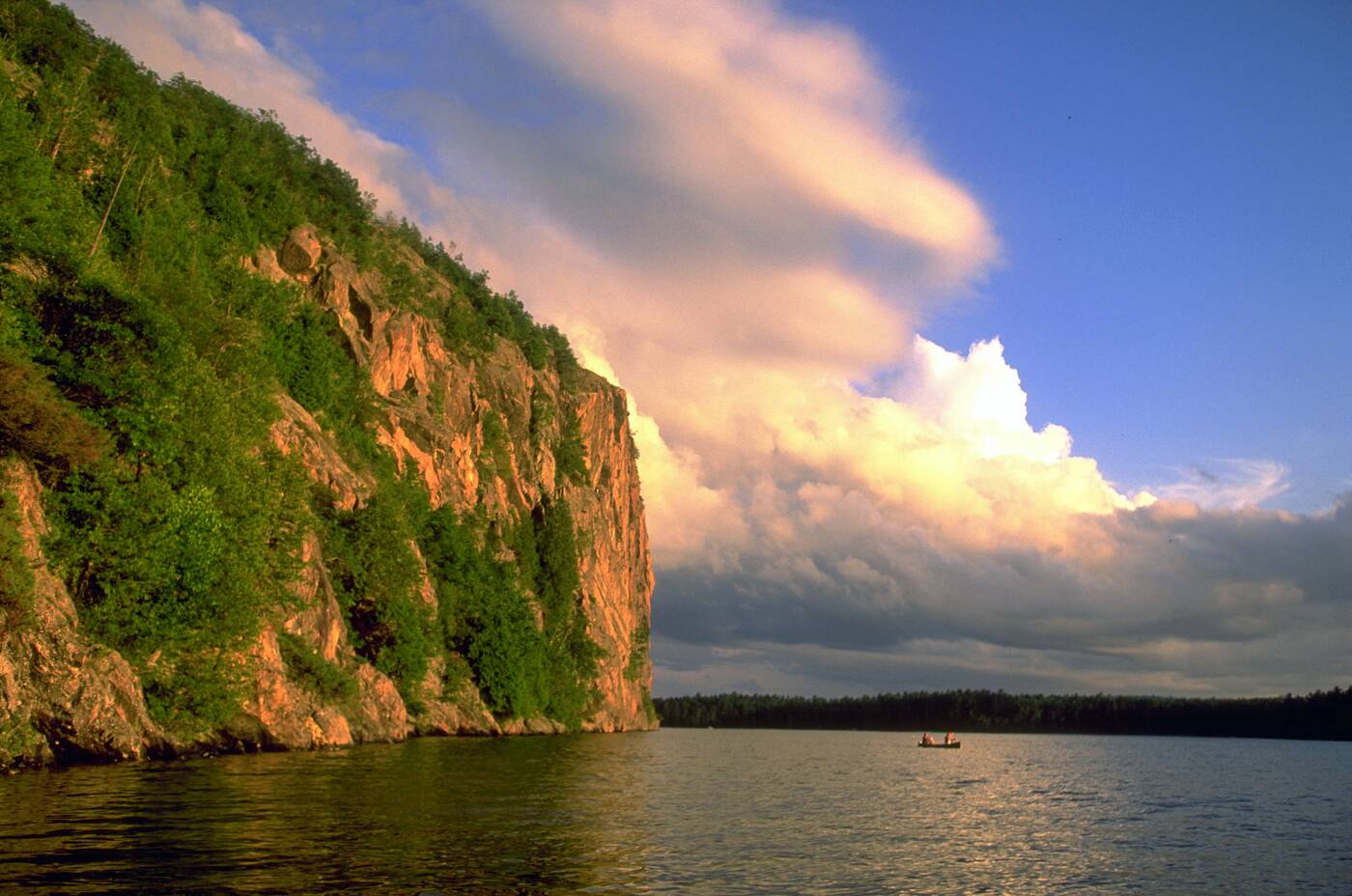 Campsites along Mazinaw Lake at Bon Echo Provincial Park are surely the area's prettiest as they sit in close proximity to the mighty Mazinaw Rock, which features over 150 pictographs as well as a tribute to Walt Whitman. 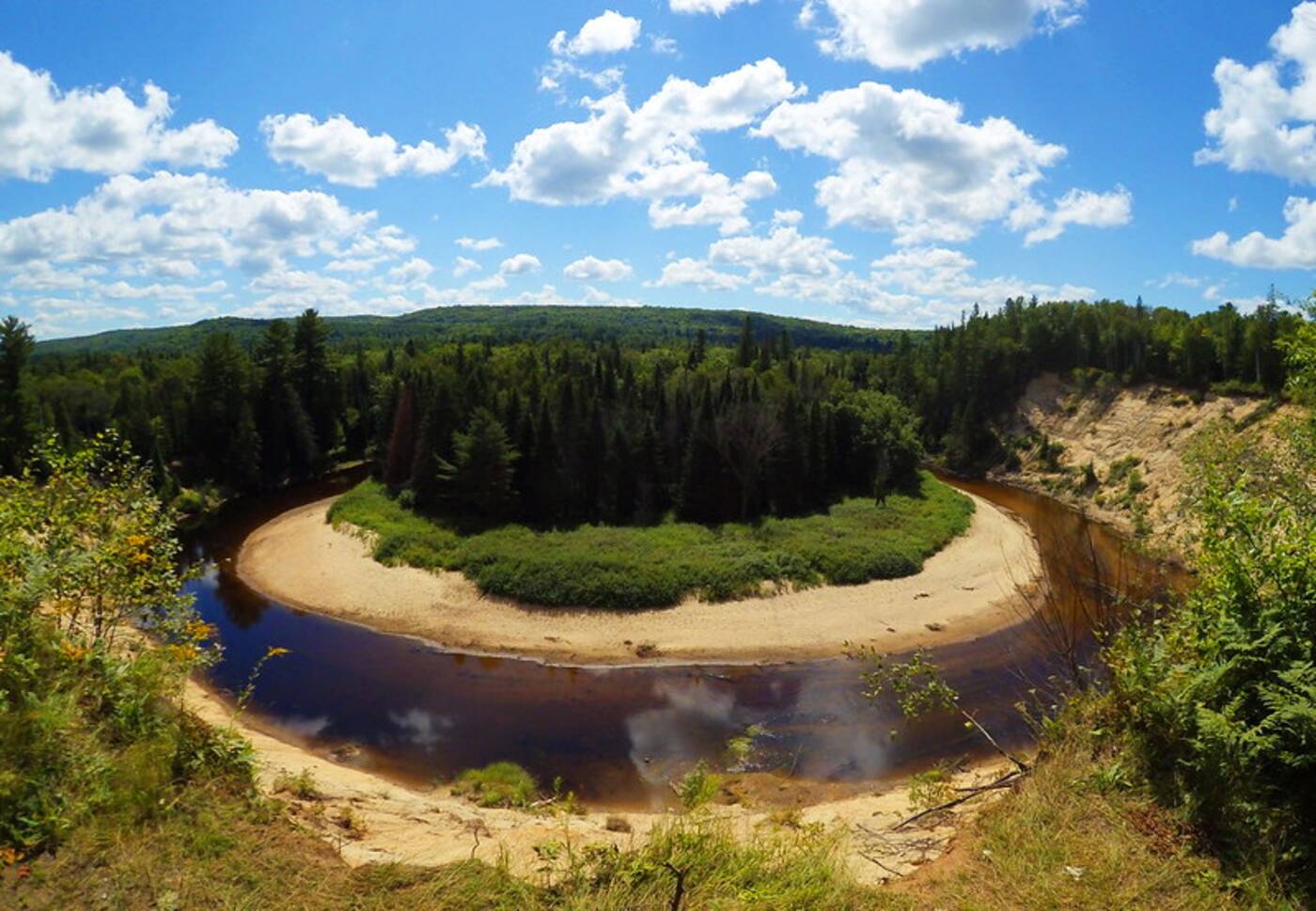 This year-round provincial park situated in the heart of Muskoka, offers three sand beaches on Arrowhead Lake, a hiking trail to a picturesque waterfall and remains of old homesteads from the 1870s. During the winter, a 1.3-kilometre skating trail winds through the forest. 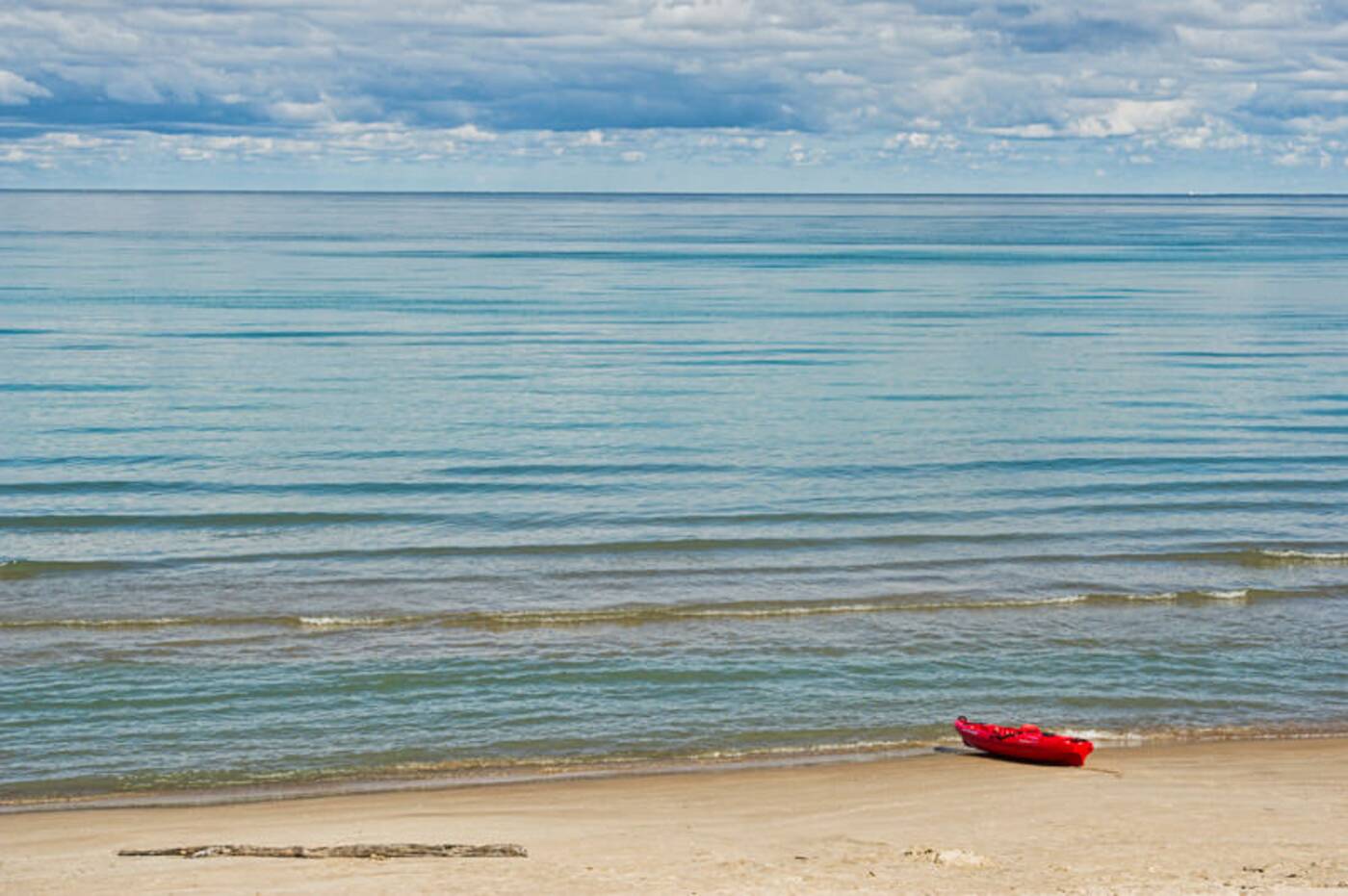 The calming waters of Lake Huron are the main draw at Pinery Provincial Park. Photo via Ontario Parks.

What this park gives up in ruggedness, it gives back in the tranquil beauty of Lake Huron. It's all about the legendary sunsets here, which can turn the beach area into something that looks otherworldly when they're really saturated.

Note: Group campsites that accommodate six or more individuals, as well as shower and laundry facilities, will be closed for the season at most campsites due to COVID-19.