Toronto Island bike rental company is closing and selling everything

If you need a new bike, you should probably head to Centre Island next weekend. That's because the family behind Toronto Islands' bike rental company is closing up shop and selling off its stock.

According to CBC News, Vimla and Hari Rao ran the Island bike rental service for 32 years. However, after a request for proposal process this February, the city awarded the bike rental contact to another undisclosed business.

The Rao family isn't sure why they didn't get the contract this year, and as CBC reports, they've reached out to the city's ombudsmen office to find out. 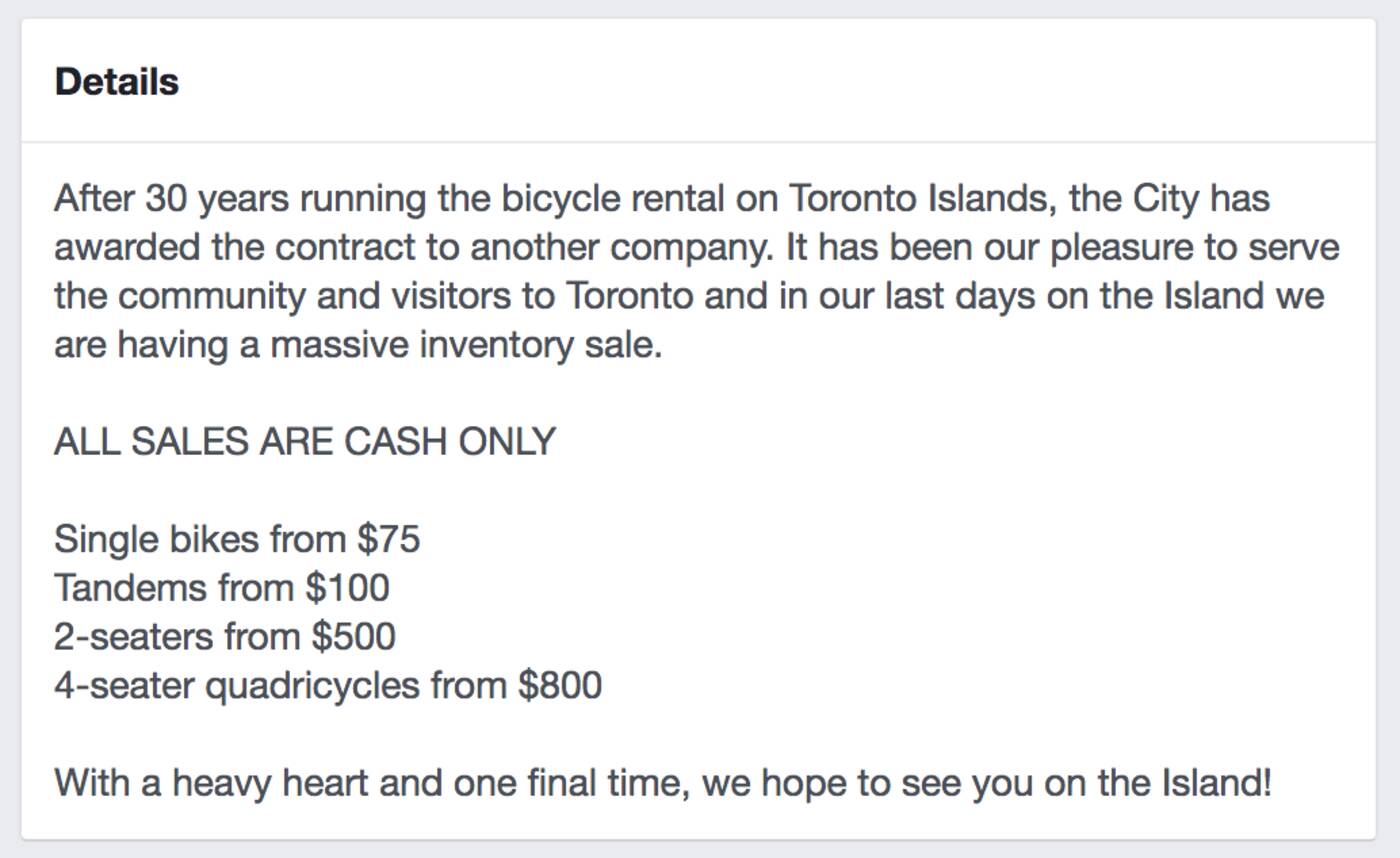 As it stands, the new company can start renting out bikes on the Islands as early as May 1.

In the meantime, the Rao family will sell its inventory, including single ($75) and tandem bikes ($100) as well as the iconic four-seat quadricycles or "Flinstone cars" ($800). The sale runs from Apri 14 to 16.