Night of Dread, the annual parade to confront fear in Toronto, took place around Dufferin Grove on Saturday, where hundreds gathered to confront and dispatch the things that scare them the most. While there was less worry about the state of municipal affairs that in years past, the upcoming US election was a common concern/joke among those gathered. 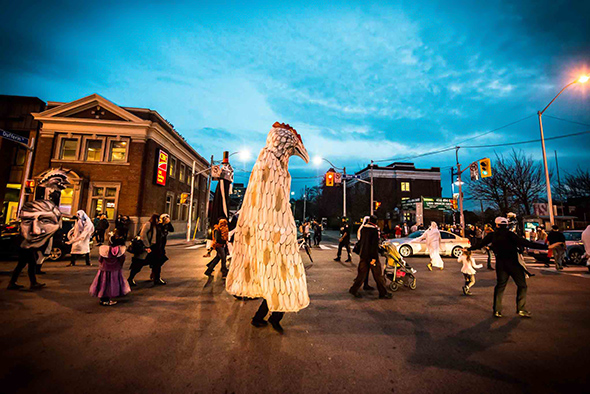 Crowds assembled at the park in the dying light of a chilly fall afternoon to list their fears before embarking on an hour-long procession up and across Bloor St. designed to rage against what our most frightening obsessions, from Donald Trump to personal debt to loneliness or even merely the dark. 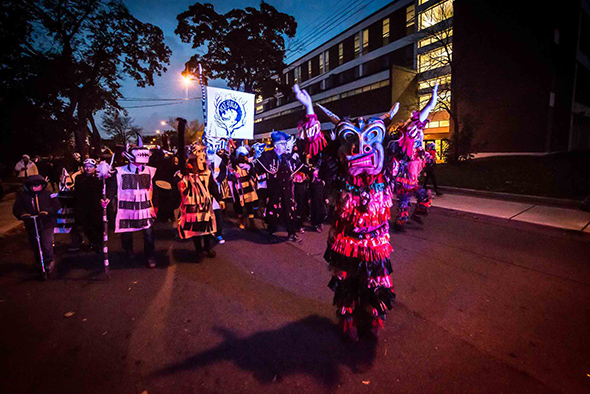 The fiery baton that soared into the night sky along the way was a mark of defiance against the coming of nightfall, but also a precursor to the theatrics to come. 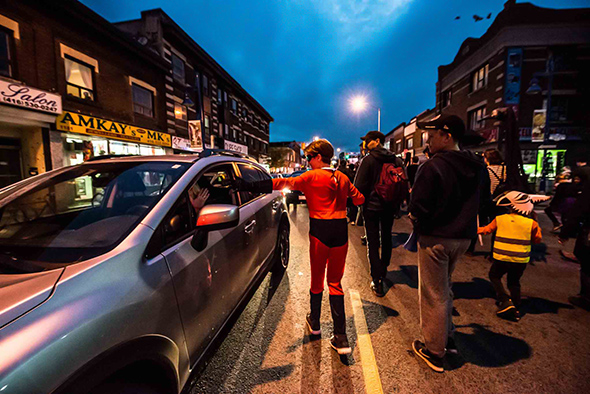 Drivers and pedestrians passing by who got caught in the march tended to cheer along as they made their way along the busy street. And everyone stopped and stared at the surreal-looking oversized effigies as they towered above the group. Some people even looked a tad scared (which was the whole point!). 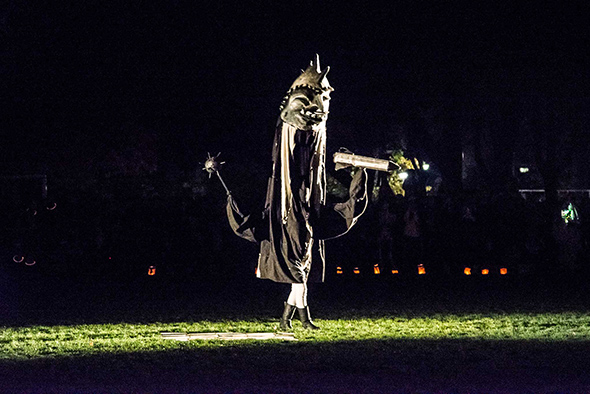 Once the parade wrapped up, participants reassembled at the park to watch a dazzling pyrotechnic display that involved the burning of the effigies set to the booming sound of a bass drum. At its brightest, it was a dazzling and spooky scene. 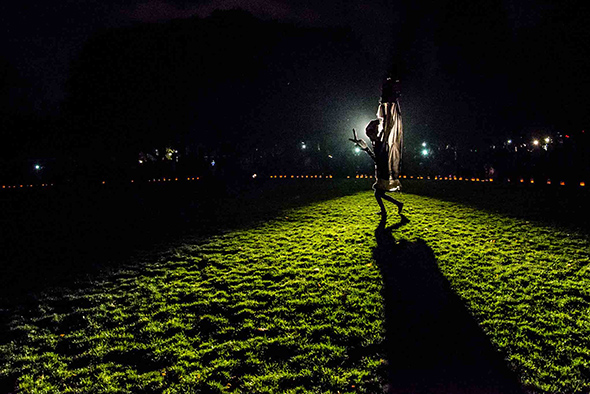 This was the 17th year of Clay & Paper hosting Night of Dread, and it was as creepy and edifying as ever. The events tends to bring out lots of families, but the subject matter is adequately dark to pique the interest of those enamoured with the idea that the best way to face their fears is to confront them head-on. 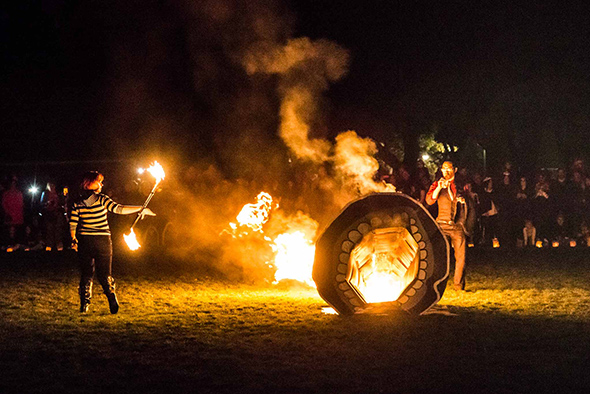