Do Toronto police have the wrong suspect in beer toss?

After Edwin Encarnacion's walk-off homer on Tuesday night secured the Blue Jays a spot in the playoffs, the city went nuts. But despite moving on to the ALDS, we couldn't be too happy with the wild card game.

That's because one fan in the Rogers Centre threw a beer can into the outfield, narrowly missing the Orioles' Hyun Soo Kim.

This unfortunate incident received swift condemnation from Mayor John Tory, the Blue Jays and a slew of other officials and started an online manhunt for the culprit. 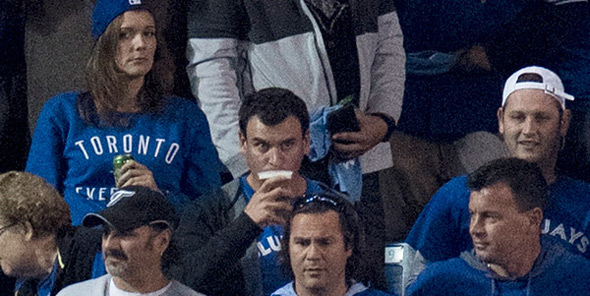 Pagan, as Sportsnet reports, has since come forward. "I contacted Toronto police earlier this evening, around 7 p.m., and identified myself as the person in the photo," he wrote in an email to the Canadian Press. He couldn't say much else.

The Toronto Sun suggests that the police may have gotten it wrong, but notes Pagan is fully cooperating with this ongoing investigation.

Do you think this is an open and shut case? Let us know in the comments.