Toronto fans were reeling after Rougned Odor socked Jose Bautista on May 15. And even after the Texas Rangers second baseman received an eight game suspension, some pint-sized Blue Jays followers weren't too impressed with his conduct.

"We think the consequences given for this incident aren't acceptable," they wrote. Major athletes were acting like children, even though they know better."

The letter continued, outlining the how the students felt about the televised incident between the two baseball stars. Here's the full text of what they wrote: 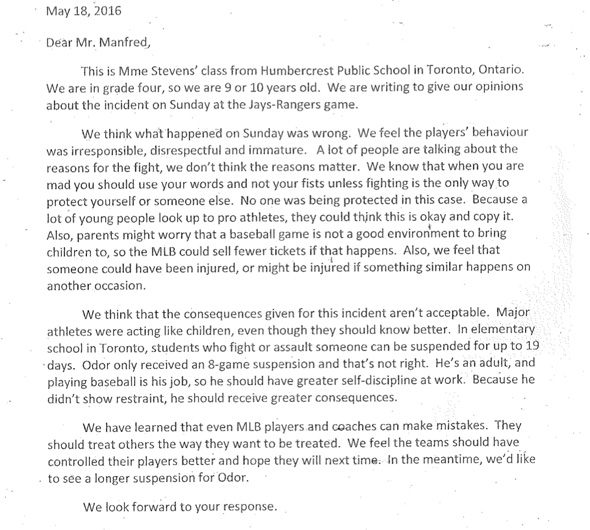 The nine and ten-year-olds never expected to hear back, but one day, a piece of mail from MLB arrived at their school.

Yes, Manfred wrote back and explained the MLB's decision regarding Odor's suspension. He thanked the students for their letter and for being baseball fans. 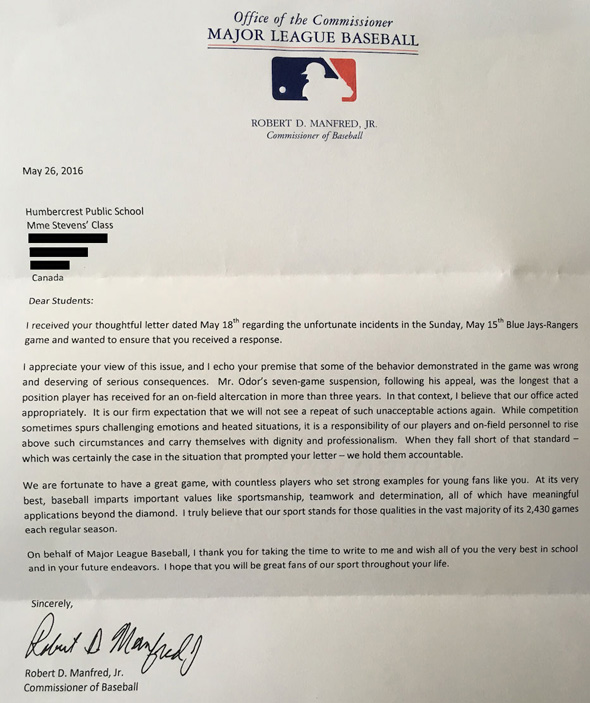 Talk about ending the school year on a high note.

Copies of letters via Sportsnet.