In the realm of sports, Toronto has been killing it lately. The Blue Jays had an incredible season last year, the Raptors are still alive against Cleveland and Milos is onto the fourth round of the French Open.

With all these wins, it's never been easier to get behind Toronto sports. But what is it like to cheer for Toronto's other hockey team? On a night when the rest of Toronto was worshipping Queen Bey, bowing down to Slaylena, or anxiously watching a basketball game, I was busy cheering on the Toronto Marlies. 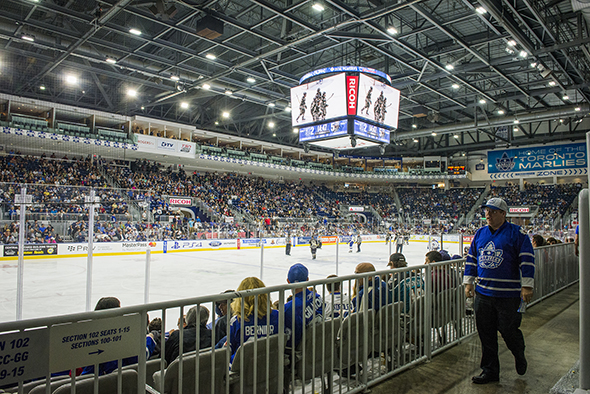 Around in some form since the late 1800s, the Marlies are the Toronto Maple Leaf's American Hockey League affiliate. The AHL acts as a development league to the NHL, supplying the NHL teams with talented players when their time comes. In chronological terms, the Marlies are to the Leafs what Disney shows are to rehab for child stars. 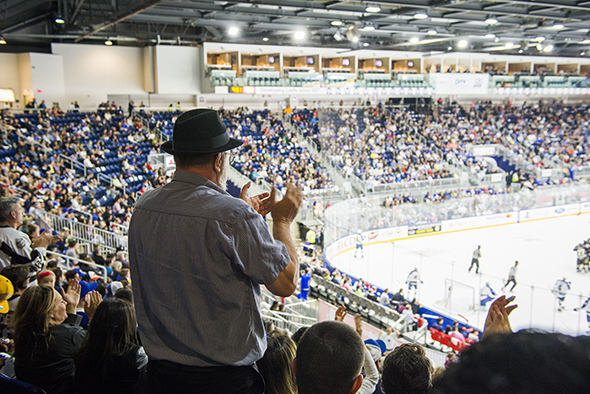 I'm generally not a huge bandwagon person (even when everyone had Blue Jays fever last year, I just had a Blue Jays tickle in my throat), but everything changes when it's an underdog story. Because of that, I was genuinely excited to see a team I had heard so little about compared to the big leaguers. 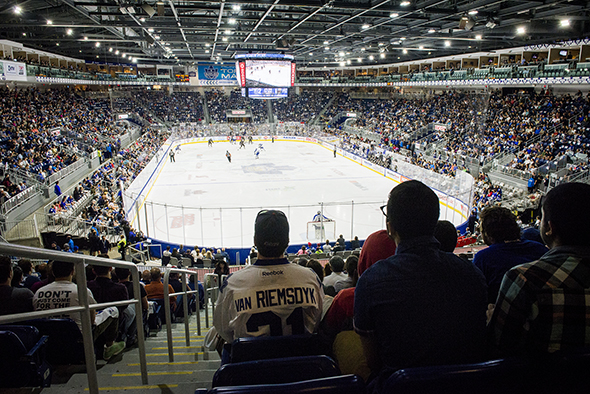 I've also had a significant history with hockey, growing up in a town known for its OHL team, attending my nephew's peewee hockey games, and once penning a fan letter to Mark Messier as a young tween while my peers were obsessing over Freddie Prinze Jr. 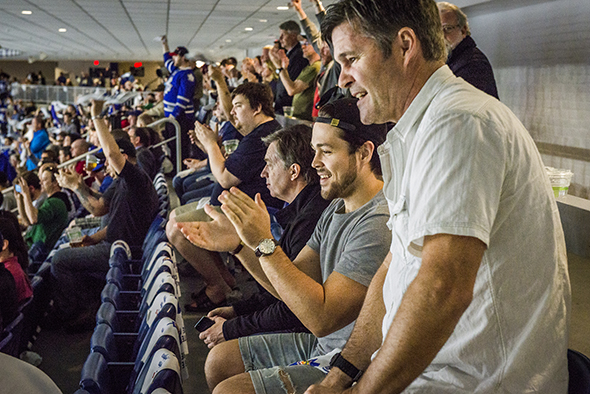 Upon entering the RICOH Coliseum, I was surprised by how packed it was. For a Wednesday night with so much going on, I expected attendance to be sparse (but I guess there's little overlap between Marlies fans and members of the Beyhive). 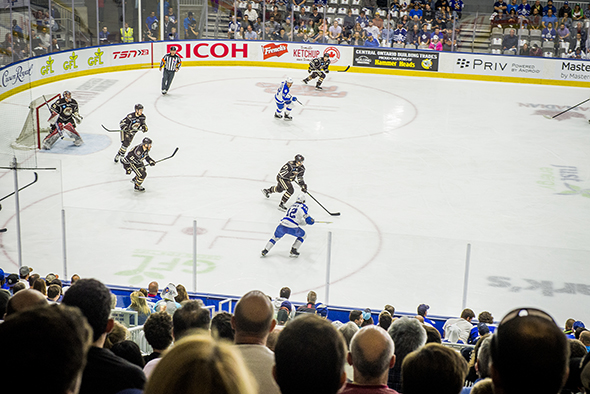 Unlike the Guelph Storm games of my childhood, all the Marlies fans were really into it, screaming and yelling and losing their minds at the chance to win a t-shirt. Aside from the fans, there were other aspects similar to a professional NHL game. 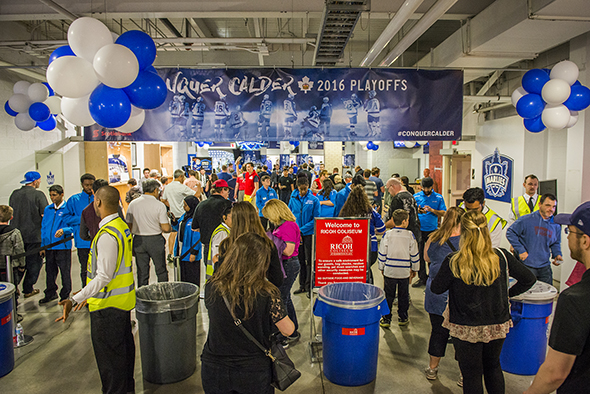 There were Marlies employees with giant cutouts of players faces to pump up the crowd, like the frosh leaders of the game. There were the snack vendors that sing loudly like pageant kids with anxious-ambivalent attachment, desperate for eye contact. 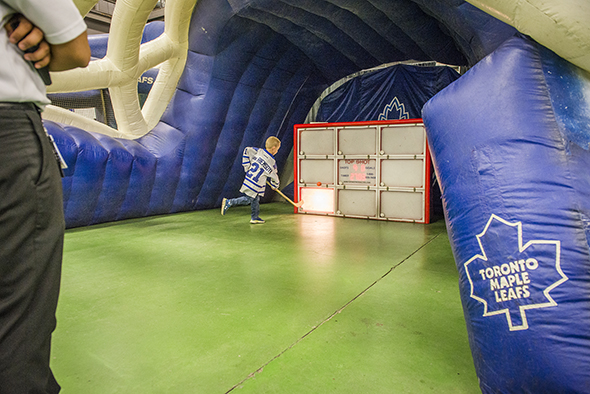 There were fun games during intermissions that felt very hockey appropriate (for example, a tire roll where the prize was a set of winter tires). There was the Marlies Dance Crew, a pack of impossibly gorgeous women putting on a choreographed number to amp up the crowd and remind people there is a place for women in professional hockey. 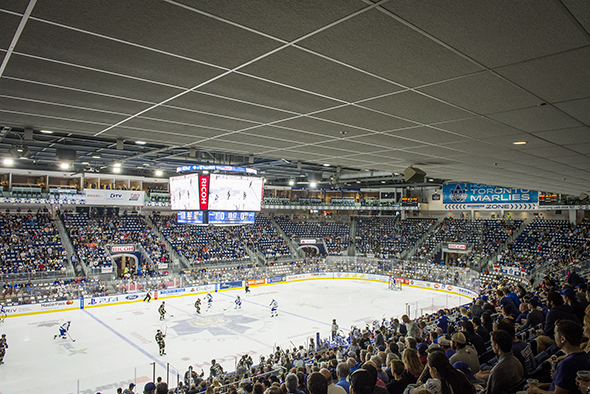 The nice thing about rooting for the Marlies was that it was a professional game with lots of fans and serious stakes, but without the politics of the Leafs or the pressure of the Jays. 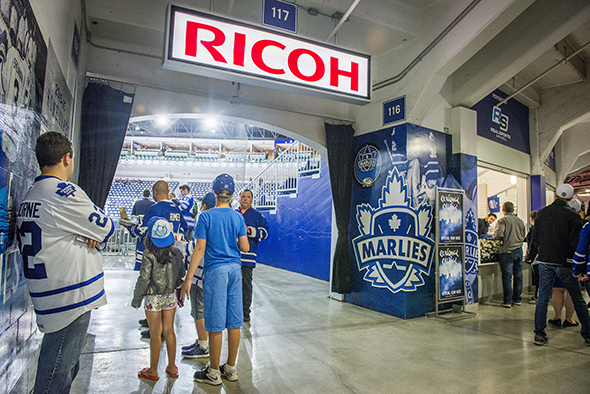 For some people, cheering for a certain sports team can be like choosing a religion - it's wildly personal but also part of a huge media complex. Cheering for the Marlies, on the other hand, was like a breath of fresh air. It felt a little unknown and underground even though there were tons of fans in attendance. Plus the energy was high, and it was professional level hockey. 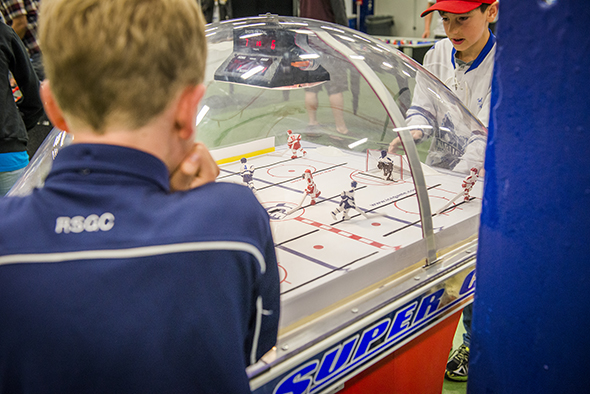 It felt more serious than a Storm game but less tense than a Leafs game. It was way more fun than watching a 9-year-old get berated by a parent at a peewee hockey game. Even though the Marlies ended up losing (to go down 3-0 in their playoff series, no less), it was an exciting game to watch.

And while I'm not a Marlies superfan yet, I would definitely hit up a game again with friends, as a low-key date, or even instead of forking out big cash for Beyonce tickets. 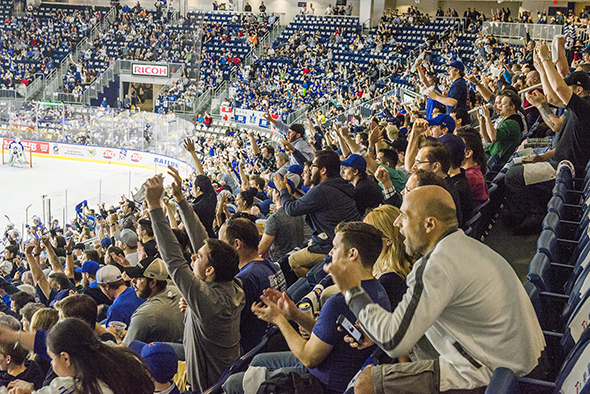