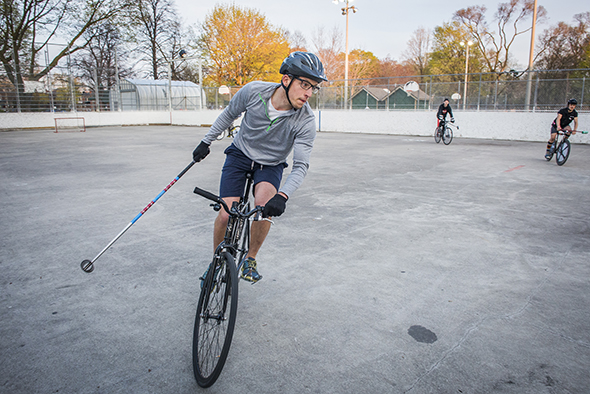 The sport has actually been around for a while. It was featured all the way back in the 1908 Olympics at which time it was growing in popularity in Europe. 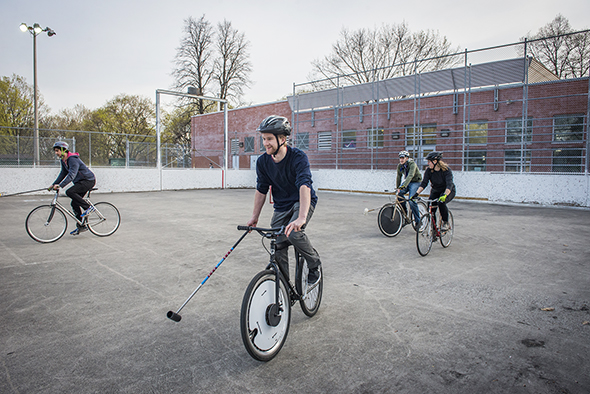 Eventually, however, the sport became less popular in England in the late '30s and early '40s as they had more important things to do. Yet, with the contemporary interest in all things vintage and nostalgic, Bike Polo has made a comeback and has a home here in Toronto. 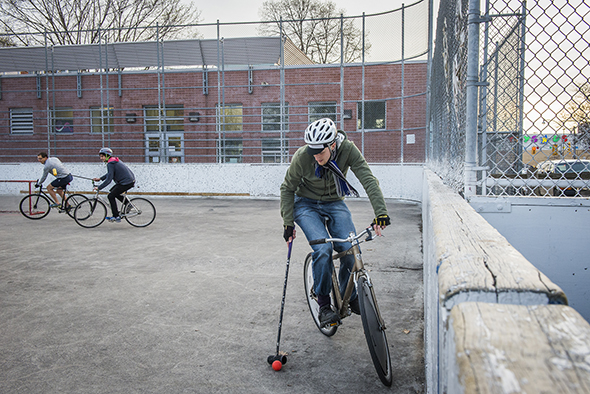 Bike Polo Toronto has been around for a few years, but organizers expect this summer to be especially packed with more and more people coming out to Rookie Night (Wednesdays, 7-9 p.m.) at Dufferin Grove Park. On Rookie Nights, the games go a bit slower, but veteran nights and league nights (where the four league teams battle) tend to have lots of high energy and fast action. 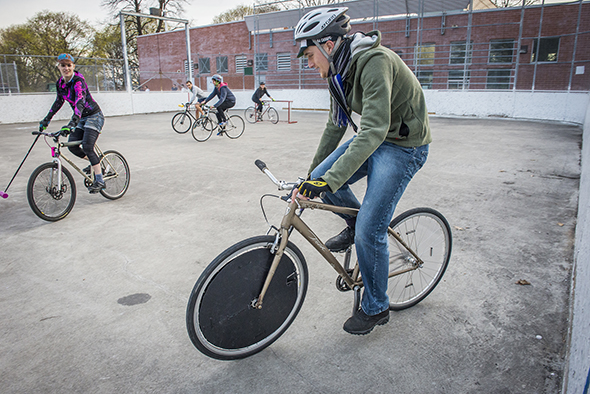 Typically, the set-up is three players on each side. The games are 10 to 12 minutes long, but can be adapted depending on the skill and interests of the players. 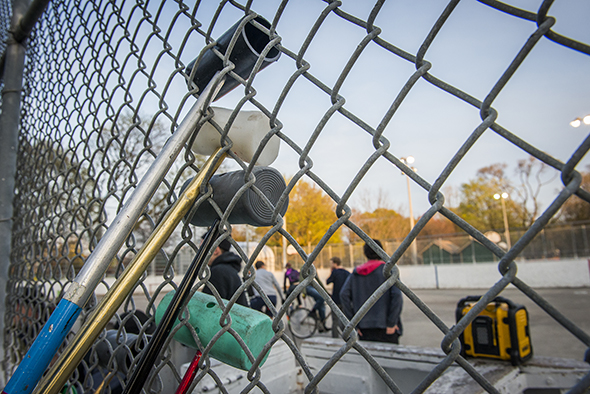 The premise of the game is fairly simple: like hockey, players use sticks (or in this case, mallets, usually made of gas pipes and ski poles) to hit the ball into the opponent's goal. In bike polo, goals must be scored with the narrower side of the mallet to count, and the players' feet can never touch the ground. 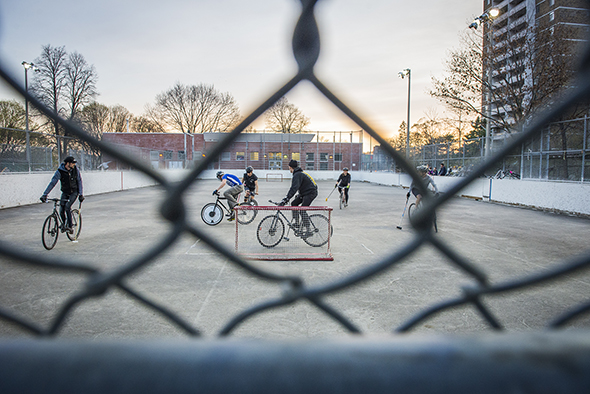 The only prerequisites are the ability to ride a bike and a reasonable sense of balance. Though riders are expected to bring their own bikes, mallets are provided. Whether it's a rookie night, veteran night, or league-play, the game is completely free. 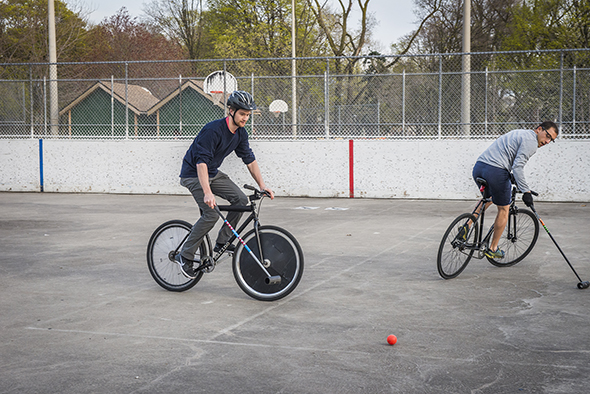 Bike Polo Toronto encourages participation from anyone who is interested, regardless of demographic. Their typical players range from high school students to older adults, and they have a zero tolerance policy for any type of discrimination. 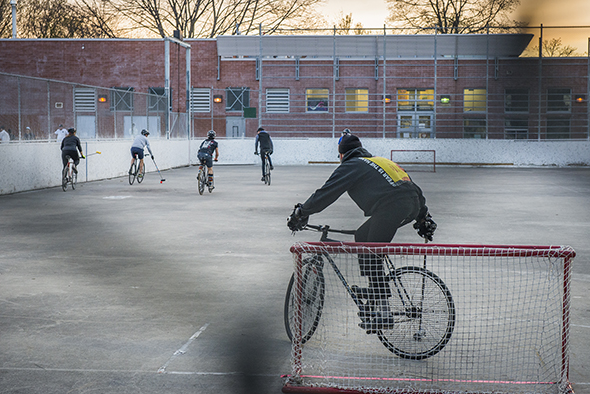 "It's a lot of fun. If you like biking, you'll like bike polo. You don't see this on television, you don't hear about it, which makes it more interesting, " says Kate Negin, Bike Polo Toronto's Rookie Night coordinator. 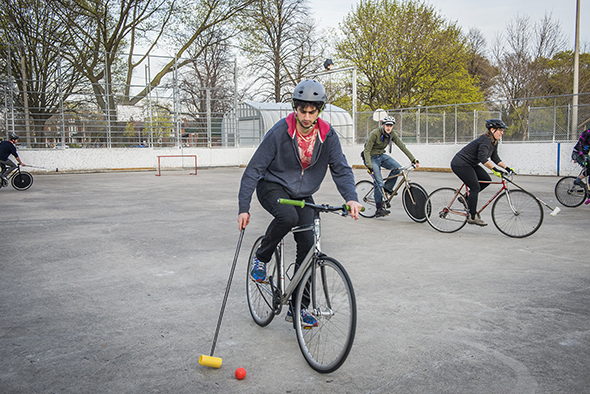 She's been playing for a year and a half and loves the social aspect of the sport, noting that people show up to play but stay to hang out. "Everyone is just really supportive of each other. It's all about community." 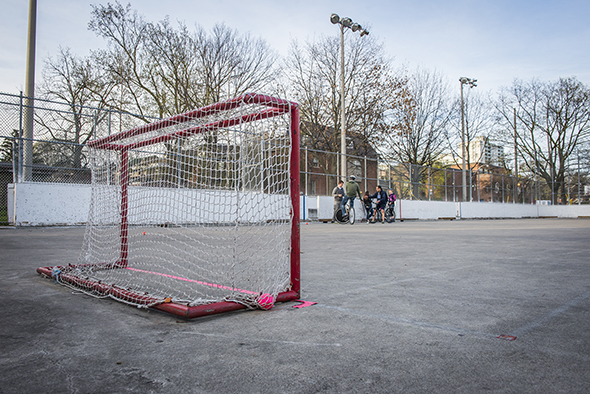