This is what the rooftop skating rink in Toronto is like

There's nothing like gliding by the Toronto skyline to wake you up on an icy Monday afternoon. And to the delight of the hockey obsessed, that pick-me-up is now possible because Molson Canadian built a skating rink atop the Richmond-Adelaide Centre at 120 Adelaide St. West. 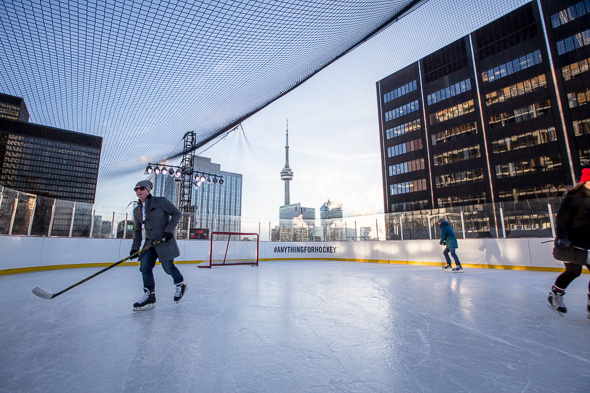 At half the size of an NHL sheet, the small rink sits 32-storeys high and provides panoramic views of the city. Netting surrounds the entire ice surface, lest a stray puck fall from such great heights. 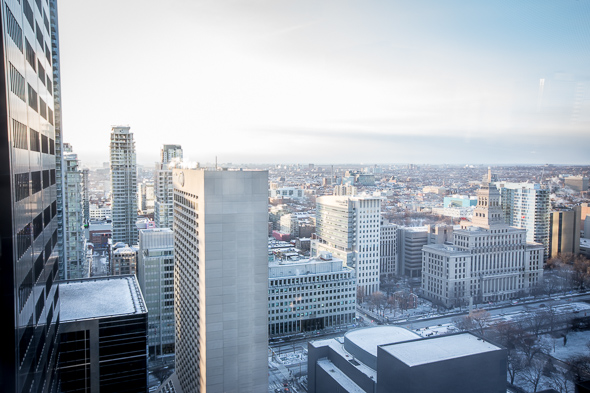 When I visit, it's about -10 C on the ground; it feels much chillier on the roof. After quickly lacing up my skates, I head out onto the ice and do a few laps while marvelling at the view. Soon, I'm dodging pucks as a small group of skaters start an impromptu game of shinny. 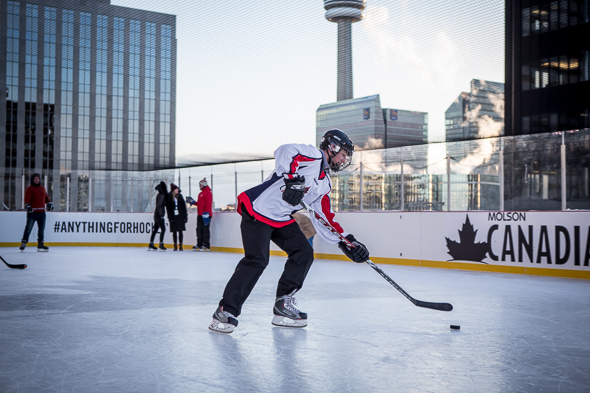 In October, Molson Canadian held a contest to give four winners a chance to skate on a sky-grazing rink. Meanwhile, a few perceptive Torontonians noticed a mysterious rooftop rink pop up in the Financial District. Naturally, it was Molson's. 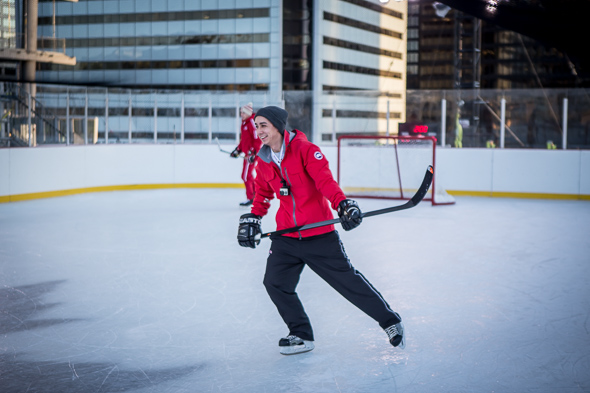 Now, the beer company is opening up a second sweepstake starting on January 20. And if you're desperate to play pickup in the air, you and 20 buddies can always pay $2,000 ($100 each) for one hour of ice time. 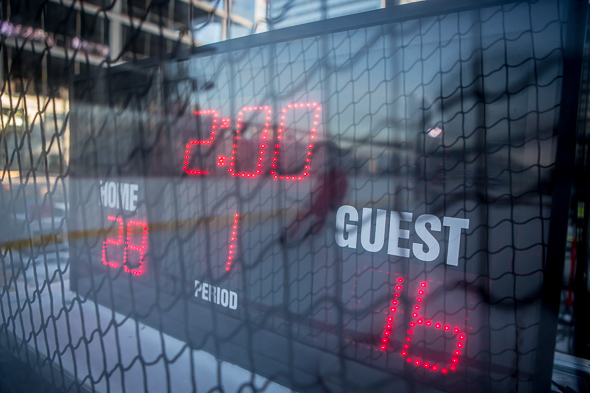 The rink will stick around until February 7. 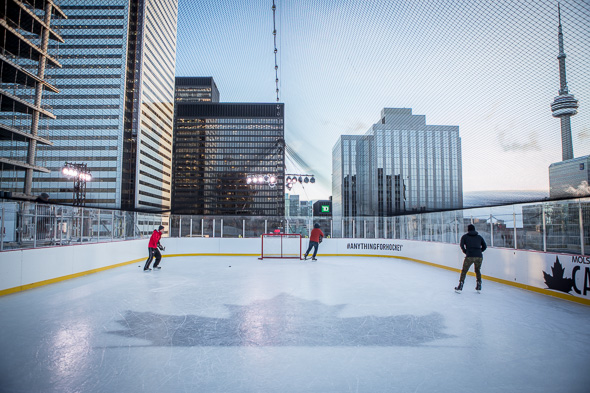 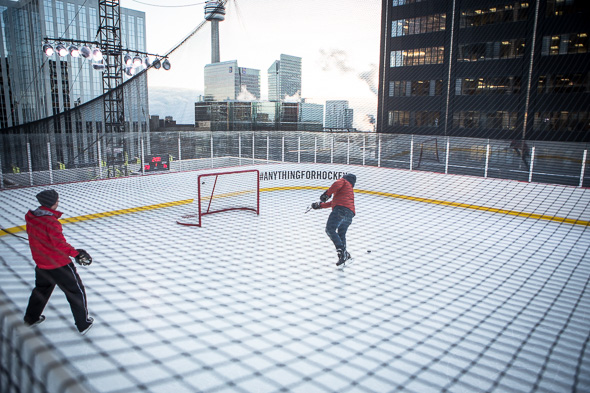 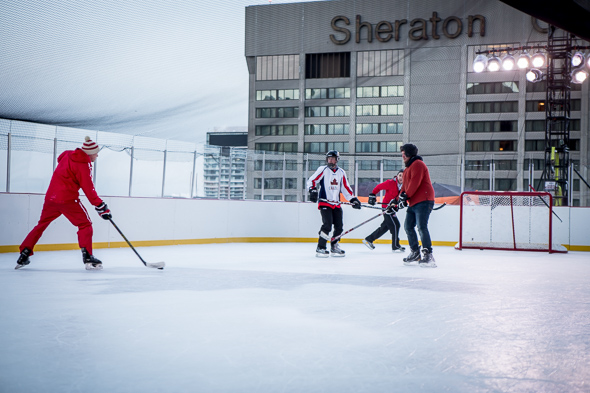 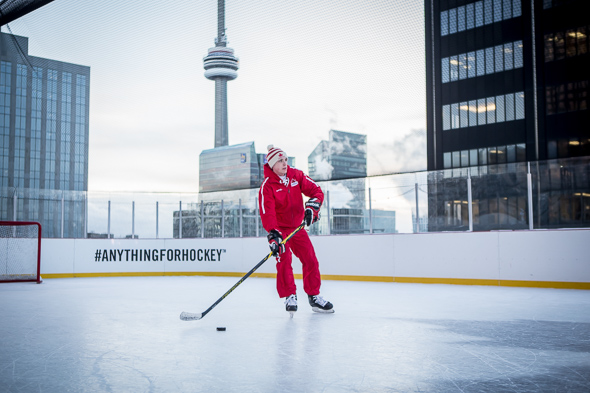 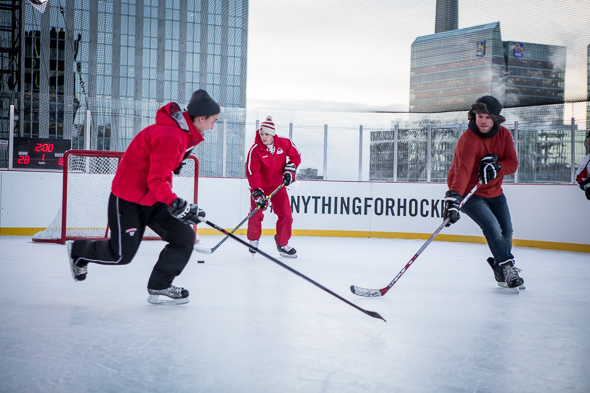 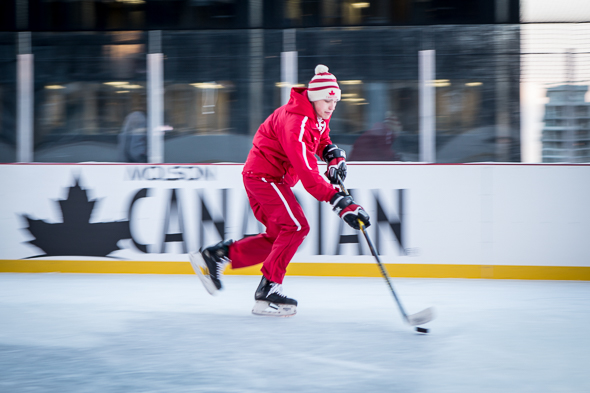