The Honda Indy returned to Toronto a month early this year, running a single race in June instead of a double header in July, thanks to the Pan Am Games. While it was fortunate that the schedule could be changed to let the race happen - it was thanks to the Games that Toronto didn't get a taste of the Women's World Cup of Soccer - it meant that the cars raced in the cool air and occasional rain of late spring instead of the usual summer sun.

The track was barely ready when Fan Friday showcased the first practice and qualifying runs on the track, which ended up being postponed and cut short when rain clouds moved in. 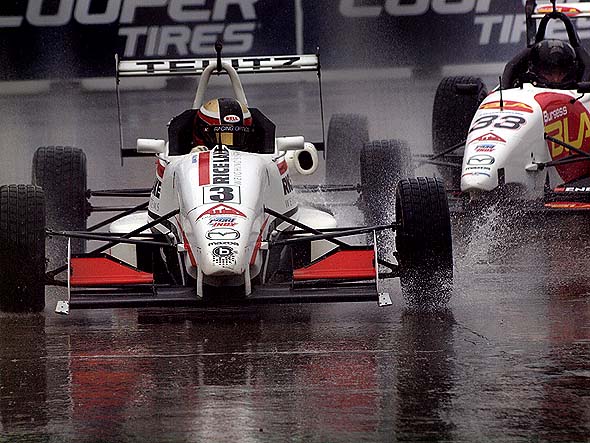 As usual, the Indy featured a full bill of support races, from the three Road to Indy feeder series (USF2000, Pro Mazda and Indy Lights) to the Porsche 911s of the GT3 series and the wildly mixed bag of cars running in the Canadian Touring Car Championships - everything from Minis and Miatas to Acuras and Mustangs. 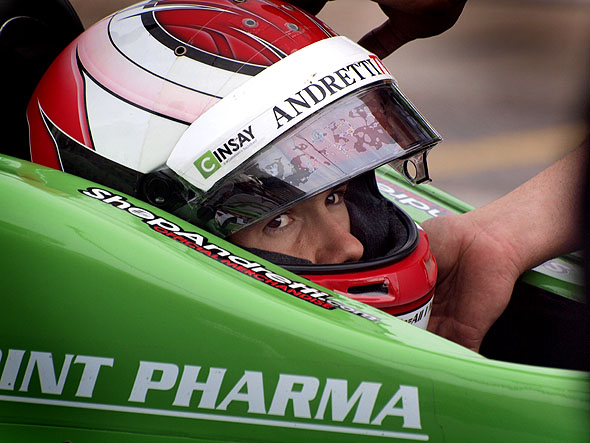 Saturday continued raining on and off, and combined with the morning rain on Sunday, it meant that the support series were usually running in the rain or wet, with the expected rise in spin-outs and crashes. 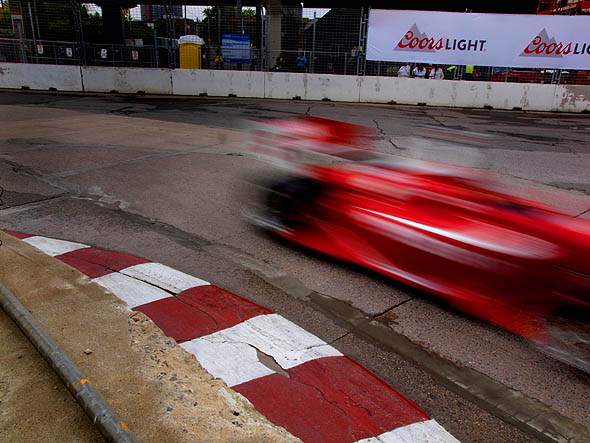 Toronto's street course is famously rough - just take a look at the bumpy mix of concrete and asphalt on turn 9 the next time you're at Exhibition GO station - but the rain made those concrete patches as slick as ice, with cars sliding and drifting out of corners. 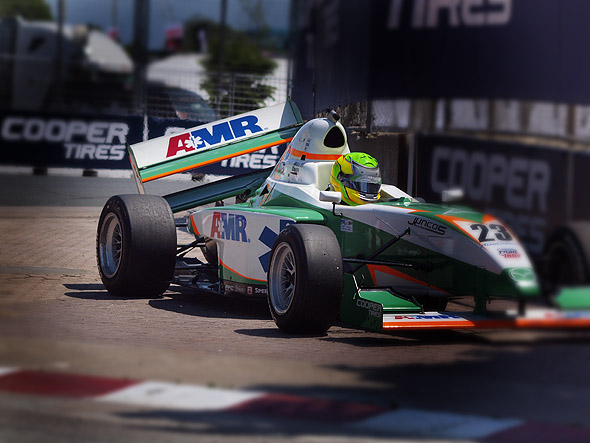 The Indy feeder series were also full of action, even when crashes reduced the field to as few as half a dozen cars. Thanks to the harsh competition for seats in pro motorsports, there's some real talent showing up in the junior series these days - ex-F1 driver Max Chilton was scheduled to race in Indy Lights, but when he dropped out his spot was taken by Formula E driver Nelson Piquet Jr. 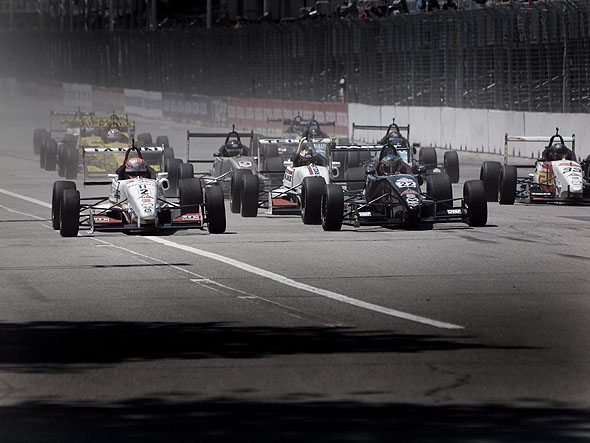 The cars might be smaller but they're no less powerful and usually quite a lot more nimble than the bigger open wheel race cars. 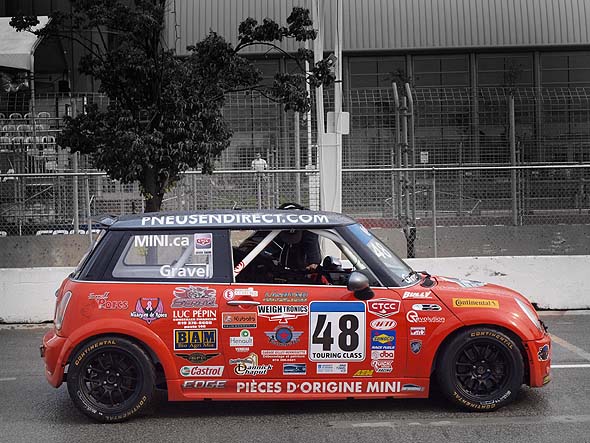 Best of all, once again, were the spindly little cars of USF2000, whose long suspension struts and tiny, slim cockpits have a decidedly retro look that recalls the first generation of open wheel racers back in the late '50s - seeing a pack of them racing down the front straight in a cloud of dust and exhaust looked like an old black and white movie. 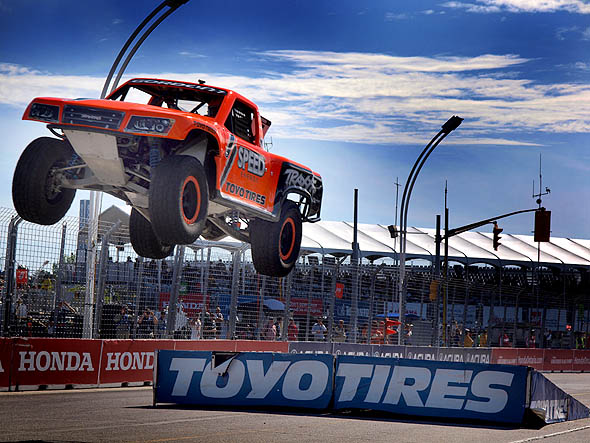 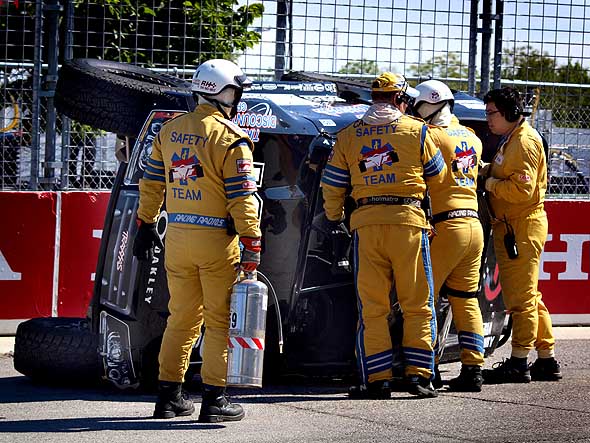 With their monster wheels and massive suspension, jumping over raps, cornering on three wheels and driving down straights on just two, they put on a show and inevitably treated the crowd to some spectacular crashes, the biggest of all on Saturday when E.J. Viso's truck went sideways off a ramp, lost a wheel and ended up on its side in front of the stands on the front straight. 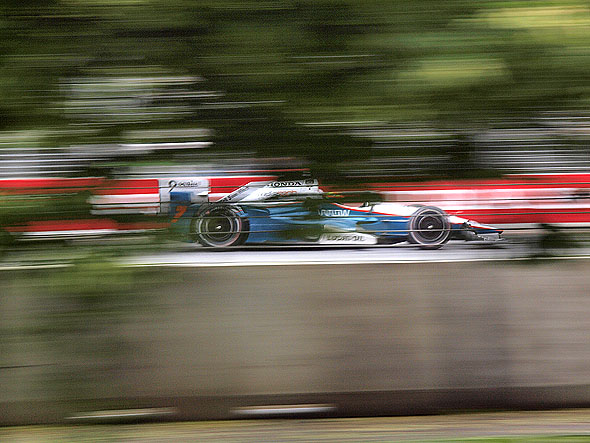 The rain clouds finally let up and let the track dry out for the IndyCar race on Sunday - one that began with Juan-Pablo Montoya as the points leader and either Scott Dixon or Will Power tipped to win. 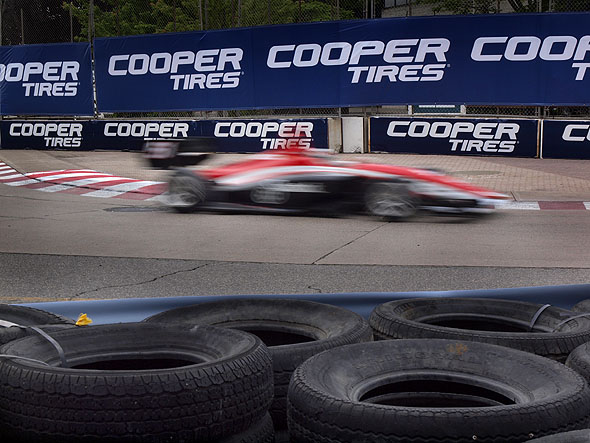 Power had the pole position at the start, but unlike F1 where that's practically a free pass to the stop of the podium, IndyCar's less refined racing sees the front spot switch up all through the race, with six drivers swapping the lead and 24-year-old Josef Newgarden winning his second race of the season - only the third podium of his IndyCar career. 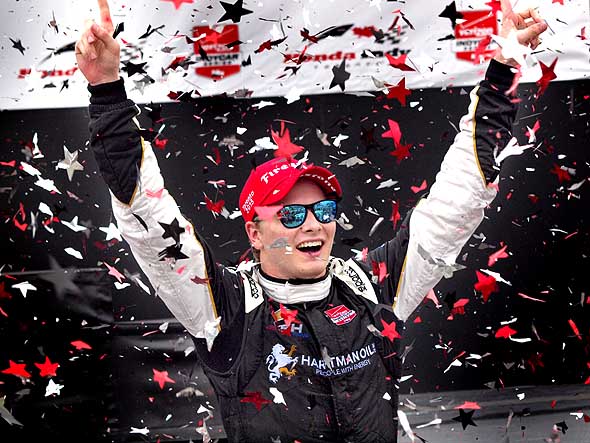 Luca Filippi, his teammate at the Carpenter-Fisher-Hartmann Racing team took second place with veteran Helio Castroneves taking third. It was a big deal for the team, which usually ran in the midfield in previous years, and promised a brighter season ahead for co-owner and former driver Sarah Fisher, one of the few female team owners in pro motorsport. 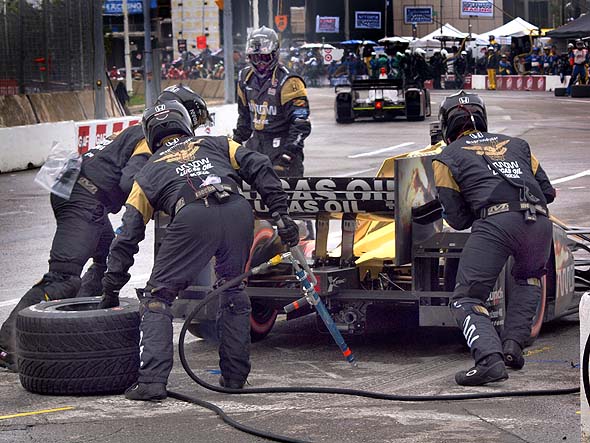 The race ended with high hopes that local hero James Hinchcliffe would recover from his horrific Indy 500 practice crash to race in Toronto next year, which would hopefully run under sunnier skies. 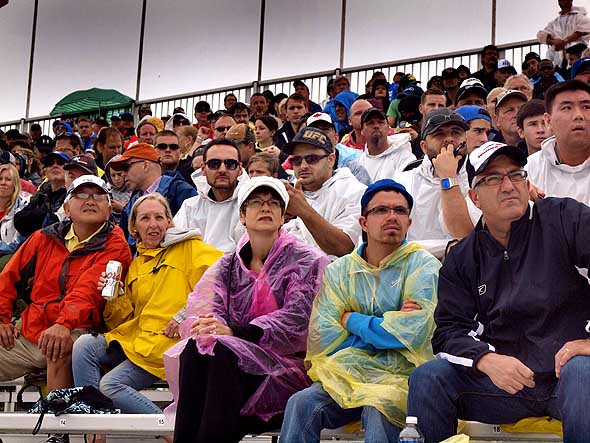 For the city's motorsport fans, the Honda Indy is the only change to gorge on car racing without having to make the drive to the Canadian Tire Motorsport Park in Bowmanville, or further afield to the little ovals and drag strips around the province or over the border. 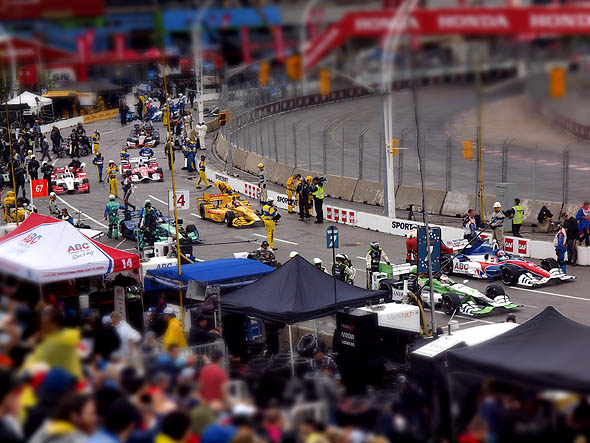 Given the road closures and noise over the long weekend, it will probably be only annual for as long as IndyCar has a reason to stop here.