Toronto's newest park is an immaculately landscaped 6.8 plot of land located at the Aga Khan Museum and modelled after traditional Mughal gardens. Designed by Lebanon-based landscape architect Vladimir Djurovic, the idea was to fashion something that worked with the architecture and cultural focus of the site, but that also featured greenery able to withstand the harsh Toronto winter.

The park connects the Aga Khan Museum to the neighbouring Ismaili Centre, and features over a thousand trees, many more shrubs, and serene reflecting pools that highlight the architecture of the two buildings that bookend this space. 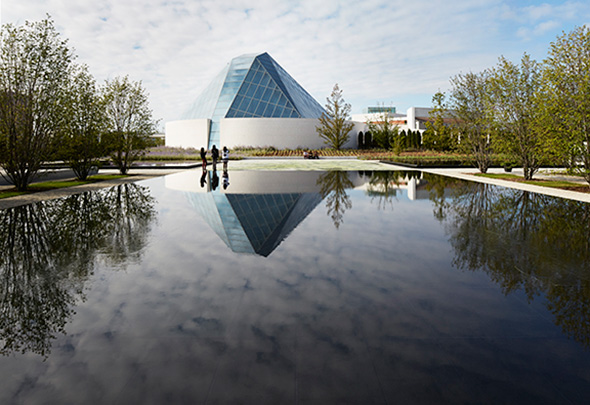 While this will be something of a destination park for downtown dwellers (a visit tacked onto a museum stop, no doubt), it's worth noting that in addition the presence of the museum and the Ismaili Centre there are many office buildings in the immediate vicinity, and scores of people who will likely revel in the opportunity to spend a lunch hour here. 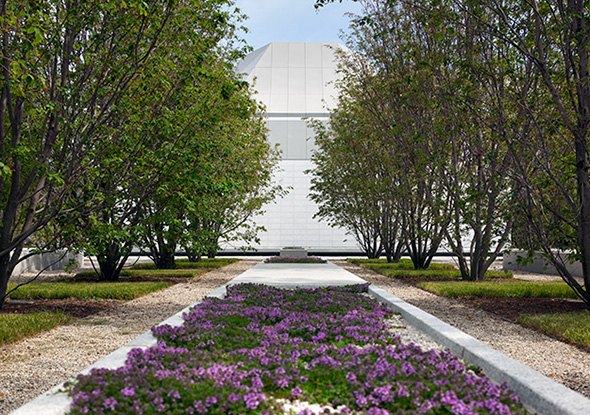 There are also plans to use the space for events. Over the course of the next few months, watch out for culture programming like film screening, outdoor art shows, and theatrical performances. On tap first, is a visit from the Pan Am Games lantern on July 5. Better arrive early to stake out a good spot.